Up kind of early, we checked out of our hotel and made a supply run to the local Walmart.  We were soon on the road, headed southwest out of Amarillo on US 287.  The drive was uneventful.  Texas is fairly flat, and it seems to take forever to get to where you're going.  There were no real highlights, either, except the experience of traveling through small-town Texas towns.  I love getting off of the interstates.  It's one thing to hurry from destination to destination, but sometimes it's nice to just soak in the local atmosphere, and the smaller roads provide that.

We stopped to gas up in one of those little Texas towns, but did not make another stop other than for quick restroom breaks.  We had a late lunch just outside of Wichita Falls at a Cracker Barrel, then continued on into the Fort Worth-Dallas metro area.  We arrived just at the start of rush hour, and encountered quite a bit of traffic.

Soon, we arrived at our Sleep Inn in Arlington, TX.  We were located right across from Six Flags Over Texas, and one of the roller coasters ran past the hotel parking lot.  From our room, we could also see the Dallas Cowboys immense domed stadium, and the Texas Rangers ballpark.  We cleaned up, then headed back out, deciding to walk over to the amusement park. 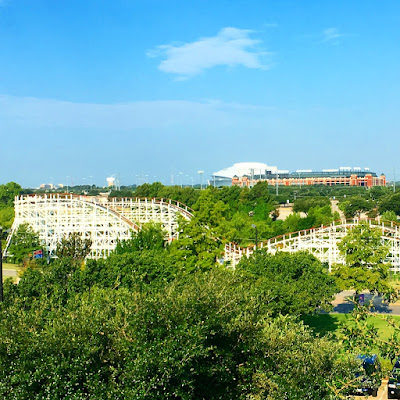 We arrived just as it began raining, which, unfortunately, because there was lightning, shut down every ride in the park.  Our plan had been to grab dinner first, but because all of the rides were stopped, every guest seemed to have the same idea.

I'll interject here one of my pet peeves regarding Six Flags parks.  I hate to make a generalization, but cleanliness is not their strong suit.  Neither is the food.  My daughter and I have visited many amusement parks over the years, and I guess we're just spoiled.  Busch Gardens, in particular, is the nicest, cleanest park in the USA, by far, in my opinion, and they have excellent food at all of their eateries.  Six Flags, on the other hand, has mass-produced, very bland tasting meals that are, frankly, poorly prepared.  Finding a clean table is also an issue, and on this evening, I actually had to find an employee to wipe down the only free table we could find.  Anyway, it wasn't a good experience. 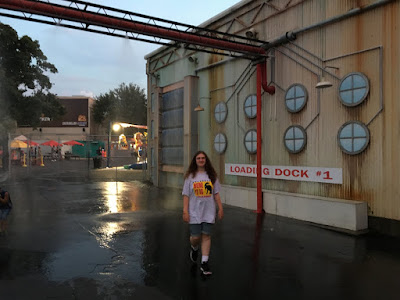 Fortunately, the rain let up and the rides started running again.  We were able to get a nice number of rides in before the park closed for the night, including the New Texas Giant and Titan.  Both were excellent!  We also rode Mr. Freeze, which was a nice respite from the immense heat and humidity. 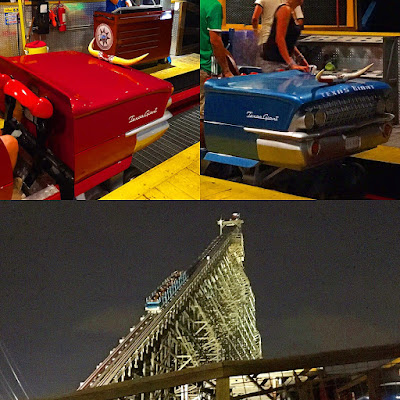 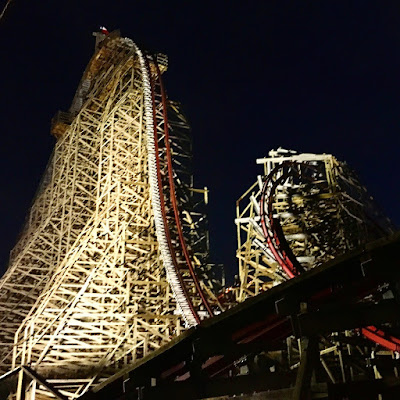 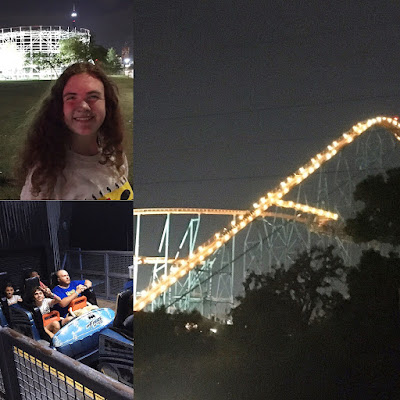 We crashed for the night, but decided to go back the next day.  So, after a good night's sleep, we ate a quick breakfast, checked out, and drove over to the park.  We arrived just as they opened.  It was really hot.  I had been warned by colleagues who work in Oklahoma City that the Texas summers were hot, but I really wasn't prepared.  Daughter Melody and I made a pact to drink plenty of water as we went along. 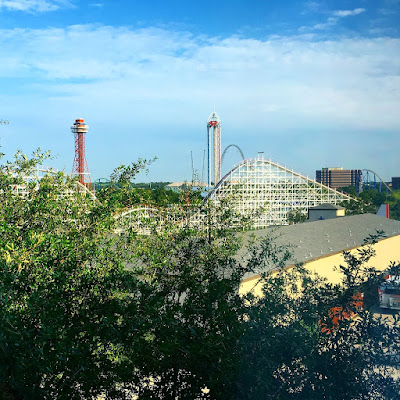 The park was not crowded, at least initially, so we were able to walk on to many rides.  One favorite was Runaway Mountain, an indoor coaster.  It was nice and cool inside the building, and we rode it twice.  We rode a few more coasters, but the heat began to get unbearable, and with the increasing crowds and the drive ahead, we decided to leave the park at around lunch time.  We were happy and satisfied with the experience, and left happily. 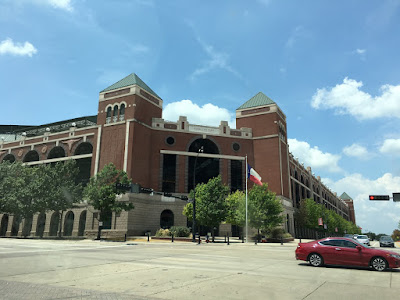 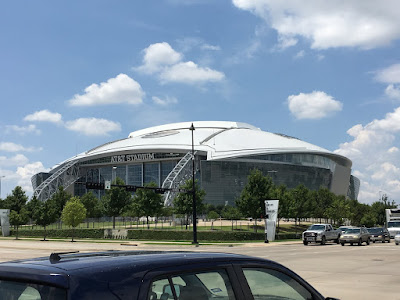 We did a quick search, and found a nearby Chick-Fil-A, the only fast food joint that we patronize regularly.  It was crowded, but we ate a nice meal.  We also changed clothes since we were drenched from sweat after the morning at the park.  Then we were back on the road, headed towards Dallas.