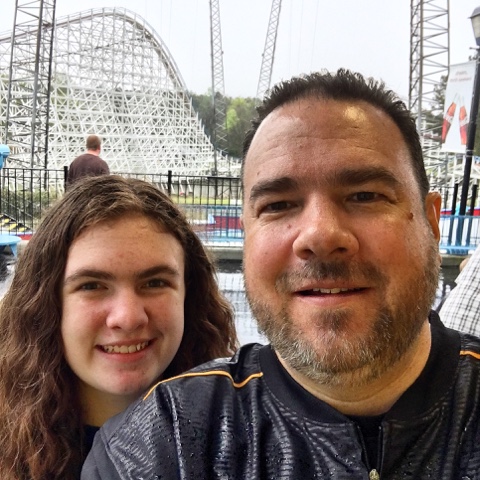 A lack of blog posts generally means I'm away from home, and with Spring Break upon us, that's most certainly the case.  I added my first new US state in several years to my list of places I've visited:  Alabama!  We're in the Northeast corner and right in the heart of some really great mountainous territory.  I don't think of mountains when I think of Alabama, so consider me impressed!
We spent yesterday at Six Flags Over Georgia, an amusement park I had never visited.  Like most of the Six Flags parks, it looks a little run down.  There is some new construction going on, and it looks like they're trying to spruce it up, but it really needs some work.  When I go to parks like Busch Gardens, where everything looked new and beautiful, I'm a bit taken aback by how badly Six Flags looks in comparison.  And the employees don't seem to care.  I hope I'm wrong, but the attitude I see is not exactly towards customer service and safety.  Anyway, it was an overcast day, and rains were expected.  We rode some pretty great coasters before then, like the Georgia Scorcher, a standup coaster, which wasn't as beat up as others that have recently bit the dust (like Shockwave at Kings Dominion).  We rode a beat up looking Mindbender, which was actually kind of fun, and Batman the Ride, a suspended track coaster, which surprisingly got in the first row.  Goliath was a lot of fun, the park's hyper coaster (over 200' drop). 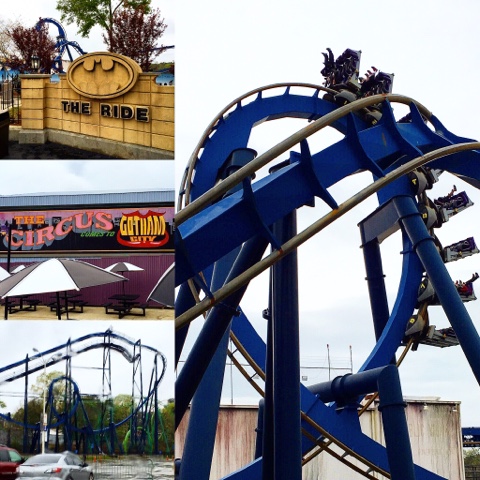 We ate lunch at a pizza place, and this is where Six Flags loses so many points with me:  their food is lousy.  I've never eaten anything at a Six Flags park that I would call tasty.  And it's expensive!  $25 for 2 measly slices of cheese pizza (because they didn't even have any specialty pizzas already made -- with no apologies!), fries, and two 8 oz "large" sodas.  And it was awful. 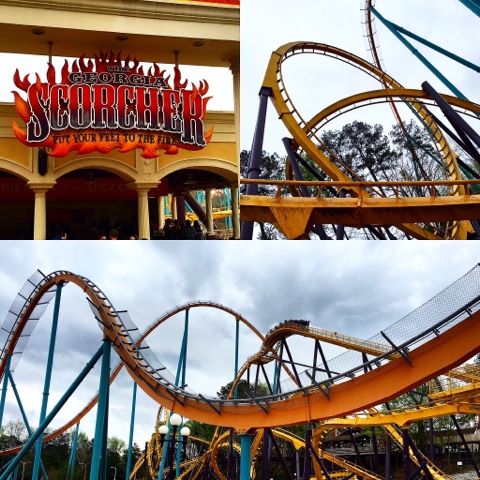 We rode the Monster Mansion, which was a ride-thru boat ride, then continued thru the park.  We saw a Wild West Shootout comedy show while we ate some ice cream, then the rains came.  We passed Ninja, which is receiving extensive rehabilitation and is not operating, and hopped on the Great American Scream Machine, a monstrous wooden coaster that really ended up being a highlight of the day.  Despite being pelleted by rain, and getting thoroughly soaked, we had a two great rides! 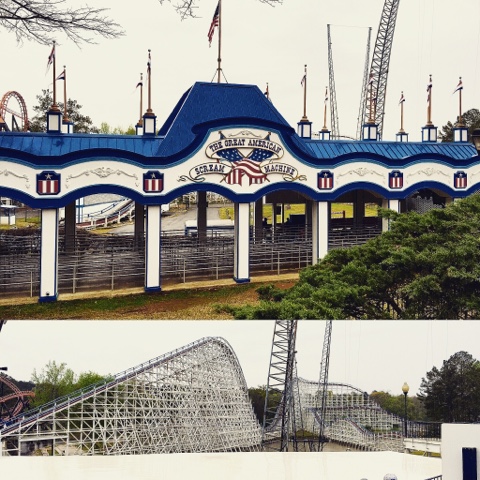 However, the rains became too great. Superman was already shutdown for the day, we just missed the last mine train coaster before it closed, and the same happened with Georgia's Cyclone.  The park was sparsely attended to begin with, but with the rains not expected to end until overnight, we called it a day.  At least we got five new coasters crossed off our list.  And we created a memory, which is more important than anything else.
I love traveling with my wonderful daughter, and am so thankful for the opportunity to spend time with her doing something we both love to do.  God blesses us every single moment of every single day!
Have a wonderful Easter, everyone!
Posted by Eric Freed at 8:41 AM