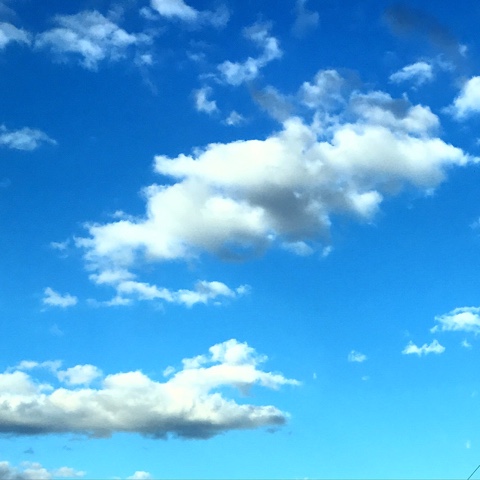 We had a beautiful sky last evening, as indicated by this wonderful picture my daughter took (above).  We had just arrived at home after a week of road tripping and riding roller coasters, and while we saw much of God's beautiful handiwork on the road in the Great Smoky Mountains, there was this sky right here at home, reminding us that we don't have to go very far to be reminded of God's beauty.  So what did we do last night?  We went to the drive-in, and that beautiful sky turned darkly spectacular in a much different way... 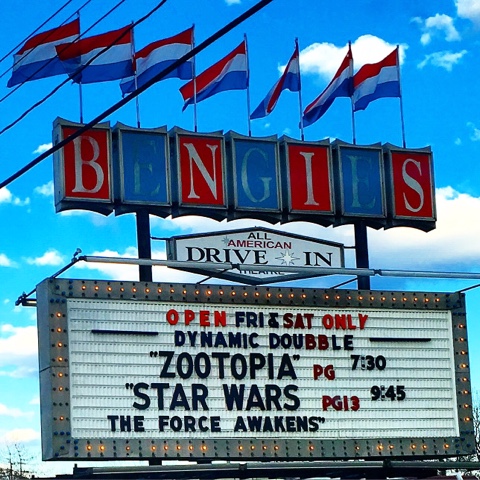 It was a pretty great lineup of entertainment last night at the ol' Bengies Drive-in, and we were excited to see both movies.  The place was extremely crowded, and rightly so with two wonderful movies and THAT sky!
However, after sitting thru ZOOTOPIA, the sky clouded over completely, and a storm erupted unlike any I've seen in some time.
We had just returned from the snack bar during the intermission and found a downpour, and we ran back to our Jeep.  There was a pickup truck filled with a gaggle of youth parked next to us, and they were hiding under a large tarp trying to stay dry.  The wind was gusting hard and I watched a pizza box shoot out of the truck and run in the direction of the snack bar.  Moments later, we saw a beam of light shoot out of the stars and clouds, followed by an earth shattering thunder clap that sounded like the world was in peril.  That was enough to frighten the teens, and they gathered their stuff and started to leave.  The wind grabbed the door, though, and it flew open and hit the side of our Jeep with enough force that I was sure it had stripped off the paint.  I jumped out to see, but I was immediately pelted with hail.  This was one mean storm!
Many of the great patrons of the Bengies decided to call it a night, and there was a long line of vehicles headed for the exits. It reminded me of a Terp's football game during a blowout.
Anyway, we stayed thru most of STAR WARS, and the storm had pretty much subsided by the time we decided to head for home.  The wind was still howling, though, the temperature had dropped more than 20 degrees.  We arrived at home at about 1:30 am, and slept like a couple of rocks.  My daughter finally got up at noon.
We had a wonderful vacation, though, and we're happy to be home.
Have a great evening, everyone!
Posted by Eric Freed at 9:08 PM