While largely dormant in 2017, Away From The Things Of Man is still ticking, just with less than regular activity.  I want that to change, but life's priorities are ever changing, and the importance of sharing my thoughts on a variety of subjects takes a backseat to my roles of father, dog-owner, and public servant, as well as enjoying the enthusiasm of travel and roller coasters.  Teen daughter Melody's life and interests trump my own, and time only gives us 24 hours a day.  Factor in the needed sleep my half-century-old body needs on a daily basis, and I just don't have the time I want to write regularly.

However, with the end of 2017 upon us, it seems like now is a good time to throw out a year-in-review.  The Good Lord took such great care of us this year, and we're so thankful to Him for all the ways He has blessed us.  I'm sharing this as a way of summarizing the past year and bringing currency to the blog, as well as a way for me to document for my daughter all of our activities.  So here, in bullet form, is a list of our major events from the past year: 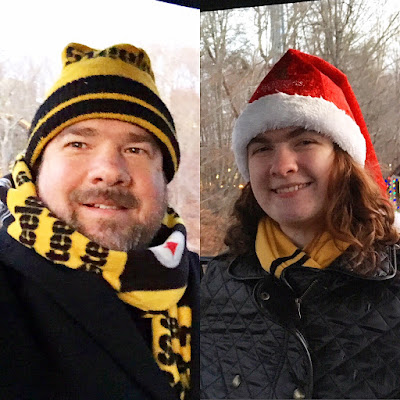 Happy New Year, everyone!  May God bless everyone!