I recently participated in a training class at work where we were asked several specific personal questions about ourselves, and then we had to share our answers with our colleagues.  It was a "deep dive" kind of thing, and some of my co-workers got very emotional.  The idea behind doing this is to bring us all a little closer, help us understand how and why we think and do the things we do, and frankly, allow us to get to know a little more about each other.  The questions were actually very thought provoking, and I don't mind sharing them here.

I'm known for being a nice guy, and I don't say that to brag.  Among the other managers, I'm usually the one who either compromises or goes along with everyone else.  I don't argue, I don't fight, I don't disagree.  I may express my displeasure or disappointment over a particular issue, but I don't make a big deal out of it, and overall I don't push it if I'm on the losing end of an issue.  That said, I also have a reputation for being the "nice boss" among my employees.  That said, the negative for being this way is that I tend to get taken advantage of, and some even look at me as weak.  I've had to "take one for the team" in some situations involving benefits one group in our organization may have over my group.  That isn't good, and it has gotten me into trouble.  This has led me to bottle up my disappointment or anger when I don't get my way, because I don't want others to know something is bothering me.  Because I battle depression, this sometimes brings me down.  The nice guy almost always finishes last.

2.  What are your 3 favorite movies and why? 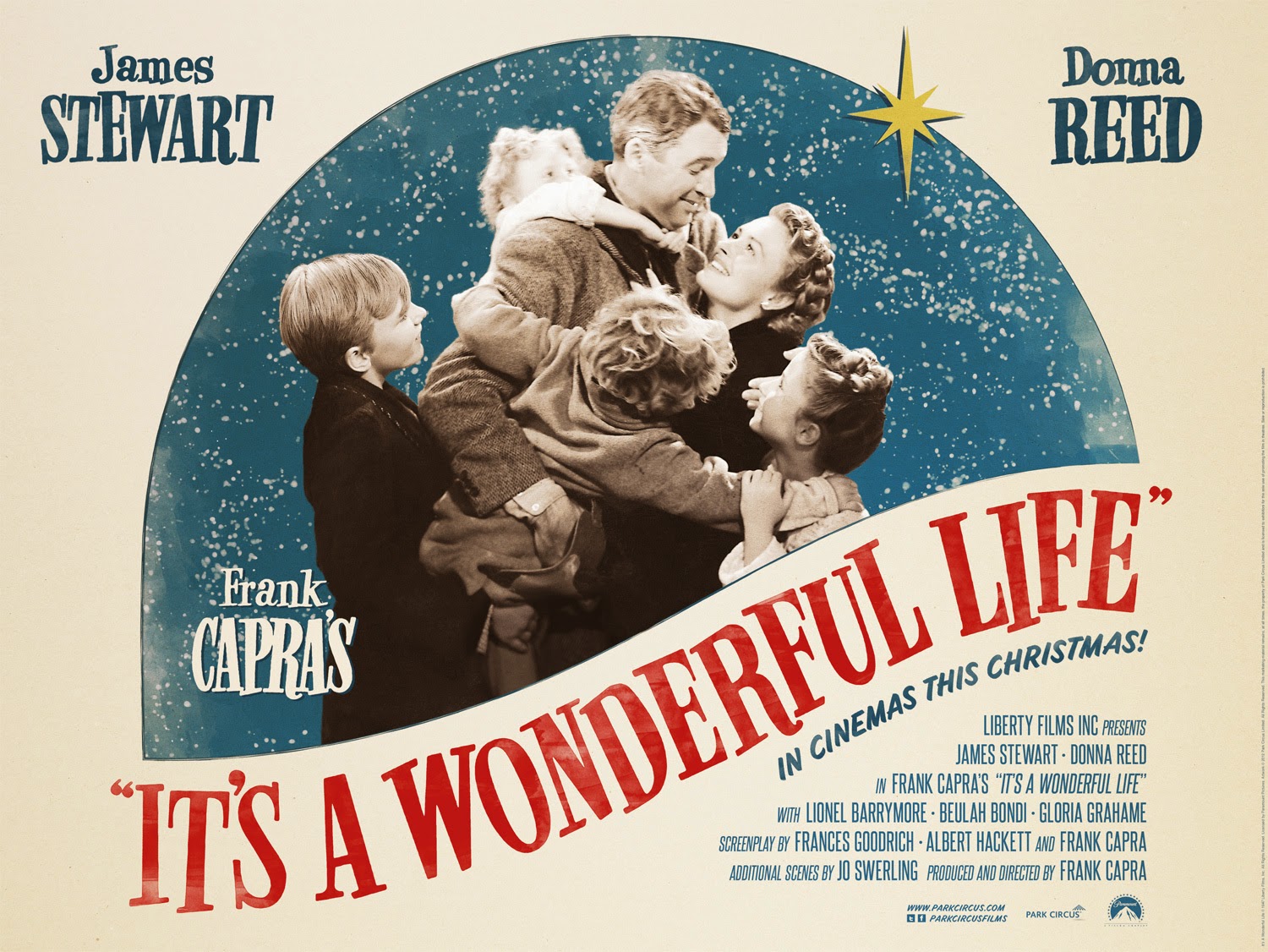 My favorite movie of all time is IT'S A WONDERFUL LIFE.  It is the classic story of a great man, played by my favorite actor, Jimmy Stewart, who grows up in a small town and who finds himself sacrificing what he wants to do, his passions, in order to do the right thing.  Very simply, it ends up costing him his happiness, and after entertaining thoughts of suicide after a particularly hard situation that wasn't his fault, but could bring shame to him and his family, as well as costing him his livelihood, he is visited by a Heaven-sent angel who shows him what the world would be like had he never been born.  He comes to realize his life really was worth living, and that he has many friends, as almost the entire town comes to his rescue.  It is the ultimate feel-good movie.  I catch it every year at the AFI Silver Theater in downtown Silver Spring in the days leading up to Christmas.  It still brings a tear to my eye every time I see it. 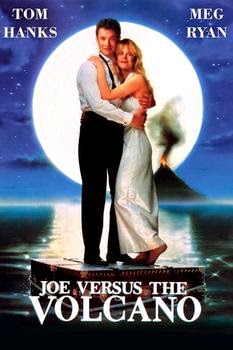 Movie number 2 is JOE VERSUS THE VOLCANO, which is about a man named Joe, played by Tom Hanks, who is unhappy in his life, in his job, and comes to find out he is dying.  He is visited by a rich industrialist who makes a deal with him.  Since he is dying anyway, the rich man convinces him to help him secure a rare mineral he needs from the natives of a small island in the South Pacific who need a sacrificial lamb to appease their gods by jumping into a volcano.  In return, Joe can live like a king, buying anything he wants, while journeying to the island during the time he has left before he dies.  Along the way, he meets several very different women, all played by a beautifully wacky Meg Ryan, one of whom he falls in love with during his journey.  One of my favorite scenes from the movie is of Tom Hanks's character, Joe, floating on a raft in the middle of the Pacific Ocean, who sees the moon rise over the horizon, and he exclaims, "Dear God, whose name I do not know...thank you for my life.  I forgot how BIG...!  Thank you for my life."  It's a powerful scene.  The movie is a wonderful fairy tale of a story, filled with symbolism, and ultimately results in the power of love over death.  It's one of those movies I can watch any time, and I do watch it at least once every year.  It also provides the title of this blog, as Meg Ryan's character asks Joe, "I wonder where we'll end up?"  And Joe replies, "Away from the things of man, my love....away from the things of man." 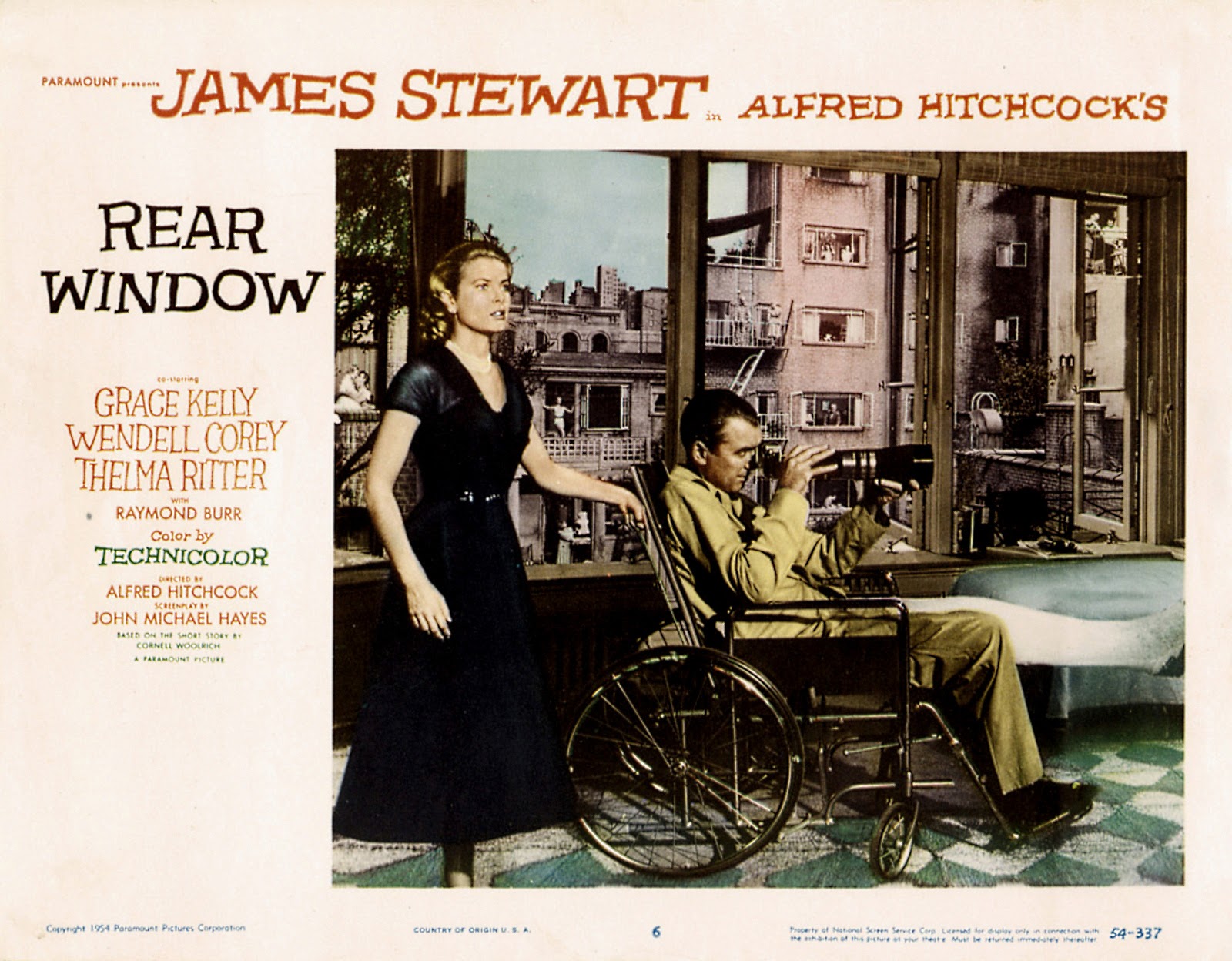 Move number 3 is REAR WINDOW, an Alfred Hitchcock-directed masterpiece, starring Jimmy Stewart as a professional photographer who breaks his leg while working and is stuck in his tiny apartment in a wheelchair unable to do anything except for ogle at his neighbors surrounding the courtyard outside his back window.  He has a wonderfully beautiful girlfriend, Grace Kelly, who despite he glamorous lifestyle, wants to prove to our hero that she can be just as adventurous as him, and sets out to prove it once they become suspicious of one particular neighbor who they believe may have killed his wife.  After watching his brave girlfriend in danger, and then he himself gets into danger, he finds out just how much he truly loves her.  The movie explores the hazards of being a Peeping Tom, no matter how innocent it may seem, and is as suspenseful as Hitchcock's best films.  In fact, it's my favorite Hitchcock movie.

3. What is the world's greatest need?

At the risk of sounding like a child of the 60s (which I am, I guess), I believe the world's greatest need is LOVE.  With love comes an end to war, a sharing of resources, man helping man, the eradication of disease and hunger, and the bringing about of Christ's love across the planet.  I truly believe it's as simple (and complicated) as loving your neighbor.

This was a challenging question for me, as it was explained to me that we needed to find the relationship between what our favorite movies mean to us and their connections to the world's greatest need.  Unfortunately, two of the movies deal with suicide, and the third deals with a man with a death wish.  Okay, not really, but in all three, the hero triumphs over evil, or incredible trials, which results in a better situation than was there previously.  One could argue that just about every movie ever made is a battle between good and evil, but all three of these movies show the power of love, in different ways, over evil (or dangerous situations).

The final question, which isn't really a question, states that we should share 3 or 4 experiences that shaped who you are, and who you are becoming.  Since this resulted in a rather long answer, I'll share it with you next time.