Our House, Our Home

I found myself reminiscing earlier this evening after taking Faithful Pup Scout into the backyard for her to do her business.  I love our backyard, with a nice thick stand of trees providing a peaceful backdrop which guards our little neighborhood from the power lines running behind it, and giving us a bit of privacy from the main road that runs at an angle to the south.  That said, with the leaves still coming in, the trees don't seem quite as thick right now, and the road can be clearly seen.  I observed that there was a lot of traffic on this little road.  There was a constant flow of cars going in both directions, their headlights and taillights reflecting on the trunks of the trees as they passed by.  And that's what caused me to think back to when we moved into this house. Back then, in 2001, just before September 11 changed our world, we lived in an idyllic rural area, with a cornfield directly across the street, and very little traffic.  Our house was about 10 years old, and we were first-time homeowners in our third year of marriage, very excited to be settling in to the normalcy of the American Dream.  Call me a romantic, but I bought into the whole married-life, working-a-nine-to-five-job-and-creating-a-home-with-the-one-you-love lifestyle, and Teresa, my wonderful wife, and I were enjoying our life together.

We barely knew any of our neighbors.  There was a young couple next door, and they were very nice and quickly became our best friends.  The older couple on the other side wasn't quite as friendly, and we felt as if they weren't happy with us as their neighbors, quickly offering us unwanted advice about how we should take care of the garden out front, and how often I should cut the grass.  I found myself not wanting to spend much time outside as a result, fearing that every time I did go outside, the older compatriot would find fault with something I was doing.  This home-owning stuff was hard work!

It was quiet back then, as I noted, with very little traffic out on the main road.  We could just hear the traffic on I-95, about a quarter of a mile to the west and masked by a stand of trees.  When I stood on our deck, back when I used our grill regularly, I could hear it more clearly.  But it was something that I didn't notice unless I consciously paid attention to it.

About two months after we moved in, we had gone out to dinner with some friends.  That evening, a tornado went through the community and ripped up one of the trees just a few houses down from ours.  We lost the US flag that hung next to our front door, but fortunately didn't suffer any damage.  This same tornado is the one that hit the University of Maryland campus pretty hard.

In March of 2002, we brought home the little Faithful Pup Scout, and she changed our lives in a lot of ways, notably in how she introduced us to our neighbors.  Being dog-owners got us outside and we got to know our other neighbors, particularly those who had dogs themselves.  And there were a LOT of dogs in the neighborhood.  We met our current best friends, just a few houses down.  We met the neighborhood patriarch, who kept everyone informed about community issues.  I met the British folks across the street.  I met "Harley Davidson-guy," the weekend motorcycle rider.  I met the "cat-lover," the "Jeep-Guy," the "Gardener," and so many others.

When we moved to this home, it was after a long period of searching.  We started looking in the Mt. Airy and New Market areas, thinking being farther away from the metropolitan areas would give us more house for the money, but we soon realized this would mean a much longer commute, something I wasn't relishing.  Southern Howard County ended up being the perfect location, halfway between Silver Spring, where I worked, and Ellicott City, where Teresa worked.  When she was offered a teaching position at the brand-new Reservoir High School, literally less then 10-minutes from our front door, we knew we had made the right decision.  But there would be more reason for it.

Daughter Melody arrived in late 2003, changing our lives yet again, but it was in April 2004 that really impacted us.  That was when Teresa, my wonderful wife for almost 5 years, passed away unexpectedly, leaving me with a 5-month old baby and an enormous void in our lives.  That was when I saw why God had directed us to this home.  We lived almost exactly halfway between where my parents lived, in Bowie, and my in-law's home in Wheaton.  They would all spend almost everyday with us for much of the next two years.  Had we moved to Mt. Airy, it would've placed us a long way from what became our support.  Grace Community, our church family, wasn't too far away, but when they finally built the new church building, it was located right down the street in Fulton, almost directly across from Reservoir.  This also became very important for us.  As the years have gone on, I've gotten to know my neighbors much better, and while I'm more of an introvert than ever, they respect that and are so supportive.  Finally, with so many young kids in the community, Melody has a large group of friends to grow up with, and that is fun to see.

God is so good.  He gave us a wonderful home, one we will celebrate 14 years in August.  It is the second longest place I've lived.  When you move into a new house, you really don't necessarily think about what it will be like 5, 10, even 15 years later.  This home has made a huge difference for us throughout the many experiences I've had since we moved in back in 2001.  And while I am actively considering where I will move to next, likely in the next year or so, I am so thankful for it. 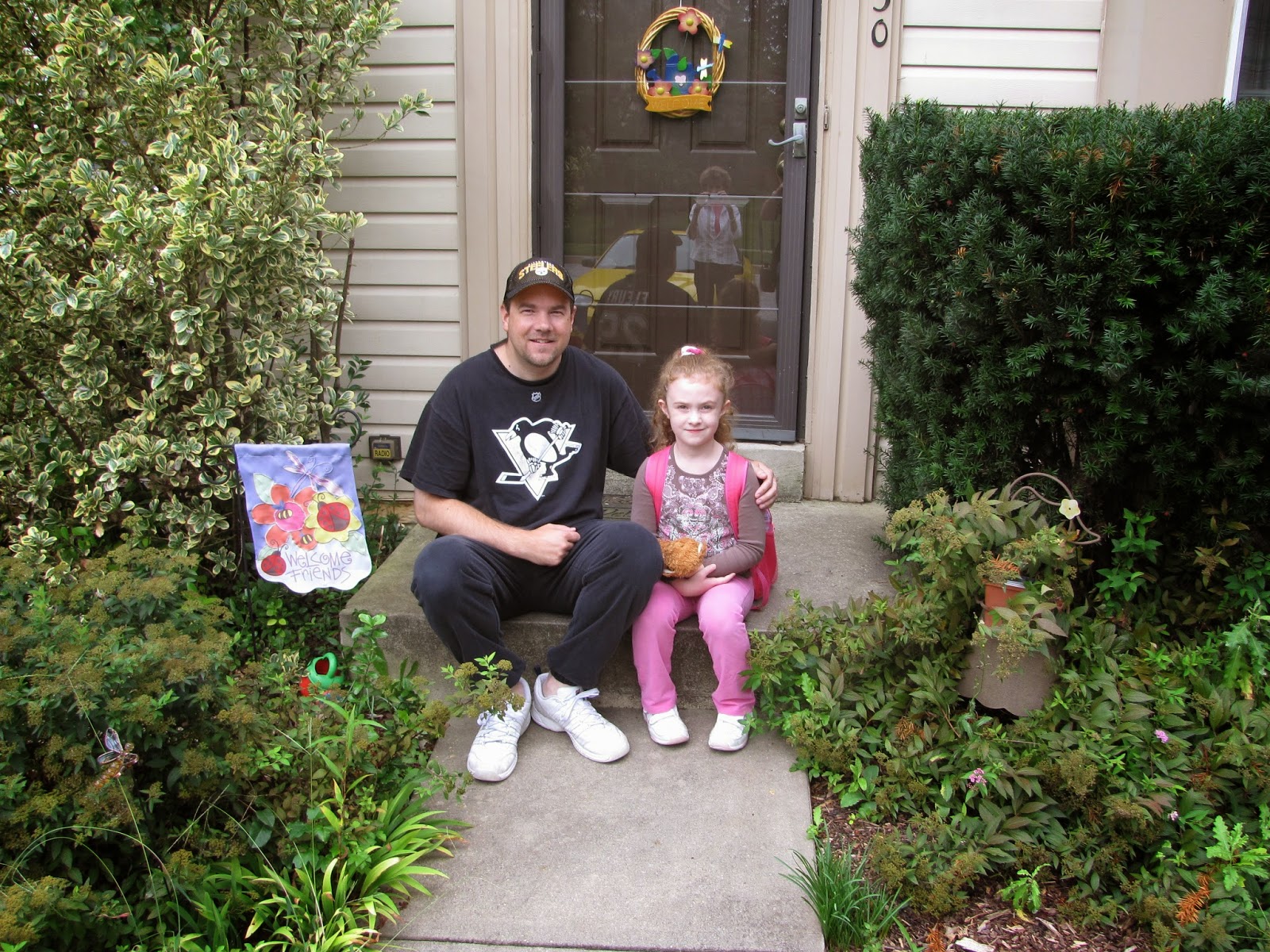