GO ON Going On

There's a new show on NBC called GO ON, starring Matthew Perry.  He plays Ryan, a radio sportscaster whose wife recently died, and who now finds himself in a support group made up of a strange group of people who each have experienced a loss.  It's a unique subject for a comedy, and I'm still not sure how I feel about it.  However, it definitely has its funny moments.  In the pilot episode, Ryan attends the support group for the first time, and arrives before the group leader/counselor, and he rallies the whole group to play a single-elimination bracket tournament (a la March Madness), where each person goes up against another and has 15 seconds to garner the most sympathy for his or her situation.  The "winner" is a middle-aged Hispanic woman who apparently speaks very little English, and no one understands her rambling in Spanish, but assumes it must be a very sad story.  She beats out the elderly African-American gentleman who made it to the final by continuing to harp on the fact that, not only did his wife pass away, he's blind.  My description does not do it justice.  I laughed out loud.

I like the show from the standpoint that it can take such a serious topic, death, and create comedy without necessarily making fun of it.  Sure, the characters are kind of thin (television just can't create complex supporting characters anymore), and some of the jokes are a bit out there, but the show's heart seems to be in the right place.  I get it.

I wrestle with the term "go on" occasionally, even though I am eight and a half years removed from experiencing the death of my wife.  After she died, I found myself reading every book I could find on death and losing a spouse, and every one had the same bottom line advice:  Life goes on, time will bring healing.  I found myself trying to figure out how to go on with my life, and I just couldn't shake the grief.  I found myself sinking further and further into a hole of depression, and I didn't know what to do.  I never lost my faith, and I always felt God was with me, but that knowledge just didn't translate into something I could grasp to pull me out of that hole. 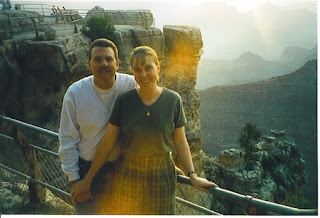 I hit rock bottom about a year after Teresa's death.  I realized I needed to reach out, and I did by sending out a plea in the form of an email to my pastor friends.  I feel really blessed to know so many pastors, and many answered my call in different ways.  Some offered prayer, some passed along phone numbers of medical professionals I could call, and still another, a long-time family friend, even offered to accompany me to a doctor to talk about my situation.  Only one, my current pastor, called and said we should get together and just talk.  And we did, the very next day.  To this day, I still recall that conversation and sincerely believe that Mark helped me on my path of recovery.  He helped me realize that I needed to help myself before I could do anything about the other areas of my life that were causing me to fall into that hole.  His advice triggered something in me that allowed me to figure out how to "go on." 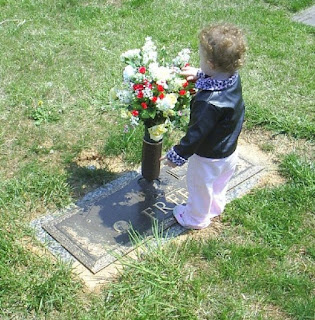 A few weeks after our conversation, I found myself going through one of my wife's old purses, cleaning it out so that I could donate it, along with a lot of her other things, to the Salvation Army.  In a pocket in that purse I found a small, square sheet of paper, on which was written in my wife's distinctively "teacher-style" handwriting, the following verse:  "And the God of all grace, who called you to his eternal glory in Christ, after you have suffered a little while, will himself restore you and make you strong, firm, and steadfast." - I Peter 5:10.  I was immediately struck by the powerful message of these words, and felt as if my wonderful wife had written this note directly to me.  And the tears came.  And through sobs I thanked the Lord for allowing me to find this little piece of paper, and for giving me such a wonderful marriage, as short as it was, and for helping realize that I didn't have to "get over" her death to "go on."  Her death was a part of me; it is and always will be a part of who I am.  By trying to get over it, I was trying to erase that part of my life in order to move on, which is impossible.  But by accepting it as a part of me, as a part of my life story, I am able to go on.  This was an important realization, and brought about true healing.

So the lesson here is that you don't, can't, and shouldn't try to get over those painful, tragic events that occur over the course of our lives.  They are what makes me "me", and you "you".  You need these experiences to complete who you are, no matter how painful they may be.  And, ultimately, they allow you to GO ON.
Posted by Eric Freed at 11:04 PM