A Death in the Family and a Birthday

It continues to feel like anything but normal these days.  My new hours at work have been a big adjustment for me, and my days just seem to fly by.  While I love this time of year, I'm not looking forward to when I will be going to work in the dark, and coming home in the dark.

We received some sad news on Friday.  My wife's grandmother, and daughter's great grandmother, went to be with the Lord.  She was 94.  She suffered from Alzheimer's for about a dozen years, and was in a nursing home for much of that time.

I met Meemaw and Pop shortly after meeting my wife, Teresa.  They were so nice.  Pop was a great guy who loved the Lord, and I was proud to know him.  Meemaw was so funny, and I loved listening to her fuss over the things Pop would do or say.  I remember being in Florida visiting with them, and one evening, while riding around Lakeland, getting a nice little tour, they carried on back and forth for about 30 minutes, arguing about where we were going, what we were seeing, and why were we doing it.  It was hilarious.

Pop passed away in February 2004 after a lengthy battle with cancer.  Teresa passed away two months later.  It was a terrible time for the whole family.  Unfortunately, Meemaw didn't know what was happening at the time, and it was right around then that she was moved into the nursing home.  She was there ever since.

We visited her every few months, but it was difficult watching her struggle with not knowing us.  At first, she acted like she knew us, and I'm sure she knew she was supposed to know us.  Later, though, she just didn't know us at all, even though she was as nice as she could be towards us.

We saw her last weekend, and it turned out to be the last time we saw her before she passed on.  Aunt Jody was with her constantly over the past 10 days, and I know this was difficult for her.  She was completely devoted to her mom.  I'm glad to have known her, and I'm doubly glad that Melody was able to know her.  How many of us remember our great grandparents?  Though a few of mine were alive, I was too young to remember them.  Melody will always have this memory. 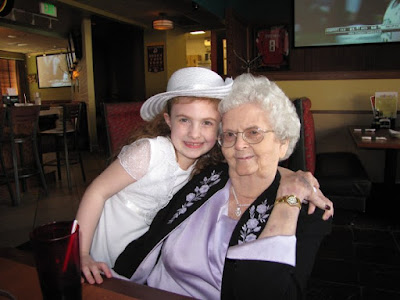 Yesterday we celebrated my brother's birthday.  He'll be 41 later this week, but we took advantage of the weekend to spend some time with him and his family.  We watched the Pittsburgh Steelers lose to the Chiefs.  That wasn't the plan.  The Steelers were supposed to win, but with quarterback Ben Roethlisberger still out with a knee injury, and the Steelers playing their fourth (!) string QB, Landry Jones, it was a tough game.  Big Ben will likely be back next week.

Anyway, each year, right around this time, we all get together for Darren's birthday.  My little brother, who is 6'6" tall, looks forward to all of us getting together for a Steelers game and cake and ice cream.  We had a lot of fun.

Darren and I are very different.  He would be the first to say that I didn't prepare my parents for him (or my sister).  I was a straight-shooter.  I didn't rock the boat, or do anything to make my parents mad at me.  I didn't sneak out of the house.  I didn't drink (I still don't).  I don't fight.  I don't curse.  I got good grades.  I did well in school.  I always tried to do the right thing.  I've had a safe government career.  I'm wired for responsibility.

Darren has lived life.  He had no problem being a "bad boy."  He got into trouble.  He once backed the car down the driveway (at the age of 14), right over the bush at the bottom, without my parents ever finding out.  He conveniently placed his bike over the broken bush, telling Mom & Dad that he crashed his bike into it.  They believed him, but were so disappointed and angry when they discovered the truth.  Darren hung out with a bad crowd.  He got into trouble for throwing rocks at passing cars.  He got in trouble for sneaking out of the house at night.  He got into fights.  He struggled in school.  He's still trying to find his niche in life.

He used to get angry with me when HE got in trouble, because I never did.  So we never really became buddies.  We tend to argue when we're around each other too long.  We're much better being together for short doses.  We both can't stand to admit the other is right about something.

He's a good kid, and I'm so proud of him for being true to himself.  He's doing well, and I'm happy for him.  Happy birthday, Bro! 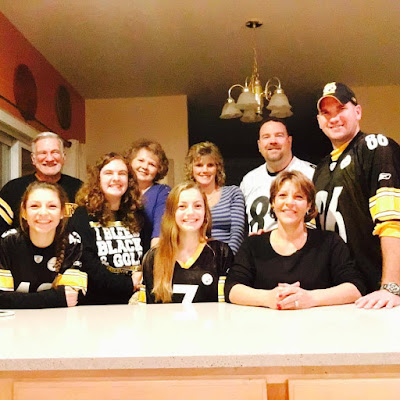 Have a great evening, everyone!
Posted by Eric Freed at 9:29 PM