Melody's Birthday and Bring Back MST3K

Tuesday was my daughter Melody's 12th birthday. Aside from the fact that she turned into a teen about a year ago, this was a pretty major birthday.  My little girl is growing up.  She's no longer the little angel who listens to everything her daddy tells her, and is sweet and nice all the time.  She's turned into a middle schooler, which is moodiness and sassiness and intelligence unexpectedly mixed with sarcasm.  She's still very smart.  Much smarter than me at that age.  Her fantastic report card and discipline with her homework is evidence of that.  And I'm so proud of her big accomplishment, getting straight A's in her first quarter of middle school.  She made the Honor Roll, and received the Principal's Award.  I couldn't be more proud.

We celebrated her birthday with all four of her grandparents and her aunt, and we had dinner at our local Ginza of Tokyo, on Johns Hopkins Road.  It was a wonderful meal, and a great time with everyone. 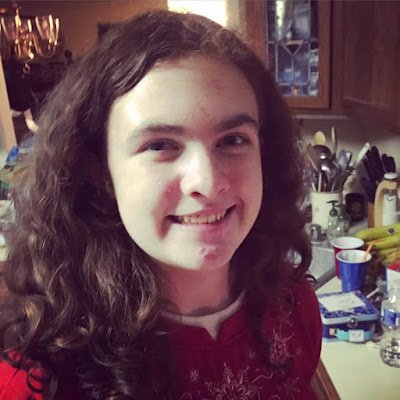 One of my favorite TV shows of all time is MYSTERY SCIENCE THEATER 3000, created by Joel Hodgson, which ran (mostly) on Comedy Central and the Sci-Fi Network back in the 90s.  The cast invented the term "riffing," which is the art of making fun of, and jokes about, a movie or show, generally due to how bad the movie or show is.  MST3K, as it's affectionately known, had a back story of a young, hard-working janitor named Joel, working at a company called the Gizmonics Institute, who is kidnapped and shot into space in a rocket as a part of an experiment by a couple of mad scientists, who make him watch really bad movies.  Joel has created several robots as companions, Tom Servo and Crow T. Robot, as well as Gypsy, who runs the "Satellite of Love" as it orbits the Earth, and Cambot, who serves as the camera that documents the goings-on.

The show is hilarious, and the jokes are creative, obscure, obvious, and downright funny, and the movies they chose to riff are some of the worst ever made.  The show is a lot like what most of us would like to do while we watch bad movies with our friends in our living room.

Anyway, the show finished its run in 1999, and while it was no longer on the air, the fans continue to watch the DVDs, now released by Shout! Factory.  However, Joel Hodgson, the original creator, wants to bring the show back, and he began a Kickstarter campaign to raise the money needed to create new episodes.  Here's the link:  https://www.kickstarter.com/projects/mst3k/bringbackmst3k.  It appears they've already raised enough money to make several episodes, with more possible as the money pours in.  The show was popular enough, and the fans fanatic enough, that it will likely make the needed money.  If you're interested in contributing, click on the link.  And if you have never watched the show, it's worth checking out.

Have a great Sunday, everyone!