The New Year is an opportunity to make life changing pronouncements and adjustments towards improving one's life, but it's also a good time to signify changes in other areas.  Pastor Mark, at tonight's service at Grace Community Church, emphasized that, while improving ourselves is good, it is even more important to serve others.  I'll have more on this in a future post, but it was a great message to hear, and one that had an impact on me. 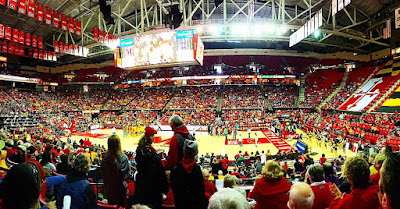 Much thanks to my friends, the Garners, for an enjoyable afternoon today.  They took me and my daughter to see the #6 ranked Lady Terps play #9 Ohio State at the University of Maryland.  While it was very exciting, the Terps lost the game.  They played well, and led most of the way, but OSU pulled away late in the 2nd half as the Terps couldn't get their shots to drop.  It was really kind of the Garners to treat us to the game, and our daughters seemed to enjoy the time together.  It also gave me a chance to spend time with my prayer buddy, Rick.  And if you're not reading his blog, Mr. Garner Goes to Washington, you're missing some great words of wisdom.

You read it here first:  The New York Jets will lose to their former coach, Rex Ryan, and the Buffalo Bills, and the Pittsburgh Steelers will march into the playoffs with a win against their long-time arch-rival, the Cleveland Browns, tomorrow afternoon.  This after the Steelers blew the game last week against the awful Baltimore Ravens, choking big-time in a must-win game.  The Steelers better get their act together.  They have one of the best offenses in the game, with Ben Roethlisberger at QB, and world-class talent at receiver with Antonio Brown, Markus Wheaton, and Martavis Bryant.  Despite a bunch of injuries, they still can be dominant, but their defense, particularly against the pass, has to play better.  It starts tomorrow.

The Pittsburgh Penguins, with a huge 5-2 win tonight versus the New York Islanders, seem to be on the verge of turning around their season.  They've got all kinds of talent, but they have struggled terribly all season.  But with their captain, Sidney Crosby, finally showing signs of life, the team is playing much better.  Tonight's win was impressive. 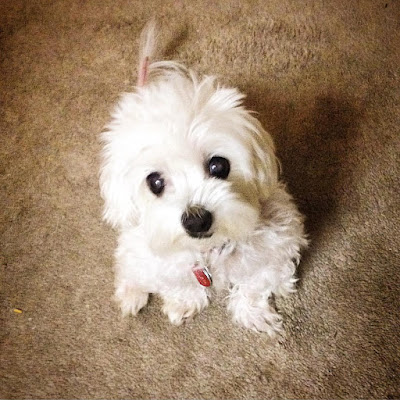 I don't know how I missed it, but yesterday was Faithful Pup Scout's 14th birthday!  Scout entered our lives in March of 2002.  She was supposed to be my wife Teresa's dog, but she became my buddy after Teresa's death and home-going in 2004.  She's named for the little girl in TO KILL A MOCKINGBIRD, Teresa's favorite novel, Scout has been such a comfort to me over the years, and while she continues to slow down and show her age, I can't imagine life without her.  Happy birthday, Scout!