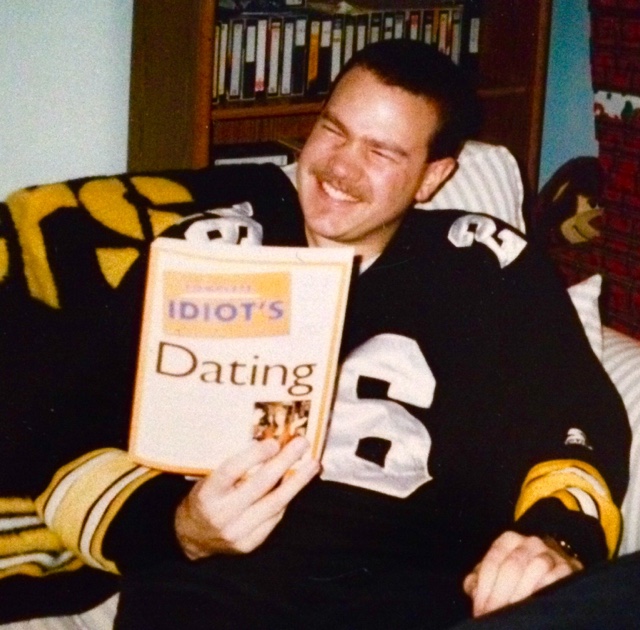 I haven't dated in almost two years and I couldn't be happier.  I remember my last date, in early May of 2014. It was a second date. A second date is a rare thing for me. I generally know after one date if there's going to be a second one. In this case, there were no sparks, and while we ended the evening amicably, there was not enough interest by either of us to pursue a third date.
I had a heart-to-heart conversation with my daughter, then 10 years old, shortly after that night and she flat out told me she didn't like it when I dated.  That was enough for me to give up on dating, and I've gotten very comfortable with the idea of going through life solo.  In fact, I've had several friends and colleagues ask if I'd be interested and I've declined before they could finish their question.
What changed?  My daughter, Melody, found the experience more uncomfortable than me.  I was in a very serious relationship about 6 years ago, and we were talking marriage. Melody was a key part of that relationship since I'm a package deal. But it became clear that they were not connecting very well, mostly since this lady had never been a parent and she didn't know how to relate to Melody. And Melody could sense it. And she was becoming resentful towards her.  While Melody had nothing to do with our resulting breakup, upon reflection it became obvious that it was a very good thing we didn't get together, for everyone's benefit.
So that brings us to today.  An acquaintance of mine sent me a message asking if I was interested in meeting a friend of hers, with the idea we might hit it off.  She went so far as to clear this with her friend, and included a link to the friend's Facebook page.  My first inclination was to say NO WAY! I don't think I could run away any faster.  I'm so appreciative that my friend wanted to do this (it's not the first time she has tried to set me up; its not even the second time she's wanted to do this).  But I'm just not interested. I'm reaching the age where I'm just a little too set in my ways, and I also saw how bothered Melody gets when these things come up. That's enough for me.
Will I ever date again? Or am I truly against even trying?  Well, I'm convinced that anything is possible.  I'm not shutting the door on dating again, someday.  More likely after I retire, or at least until Melody heads off to college or gets married herself.  I can wait.  God has a plan for my life, and I'm letting him have the wheel.
Have a great evening, everyone!
Posted by Eric Freed at 9:55 PM