The Journey of a Lifetime

I found myself reminiscing tonight about my first big cross-country road trip, which I went on all by myself back in 1997.  Even at age 28, my parents were concerned about me taking the trip solo, and they had tried to talk me out of going.  But I had been planning the trip for almost a year, and I was committed to taking it.

I let my cousin/housemate, Dan, know I would be gone for two weeks (he let me borrow his camera, which was pretty decent compared to my cheap point-and-shoot (this was before digital cameras), and I had to make a quick trip to the store to buy a bunch of film).  After work the next day, a Thursday, I rushed home, finished packing, and took off.

I felt great! I was so excited to head off to points unknown.  I would be traveling farther west than I had ever been before, and I could barely fathom what I was going to see.

I made arrangements to stay at my aunt & uncle's place in Uniontown (they were out of town, but had given me a key the last time I had visited them), and I arrived late that evening.  All I needed was a place to rest my head for a few hours, because I planned to be on the road the next morning before dawn.

I remember the alarm going off, earlier than I normally got up, and being so wired!  I quickly got ready and hit the road well before 6 a.m.  I knew my route, even if I'd never driven it before, because I'd been studying it for months.  I knew just about every turn the whole way West.

As I crested one of the mountain ridges in West Virginia, with the sky turning bluer with each passing mile, I saw the sun come up over the horizon.  And I got chills.  It's so hard for me to put into words the feeling I got as I realized that, right there, God was making himself known to me.  I had prayed a lot before the trip, mostly for safety and health, but there He was, in the brightness of the sunlight.  As it enveloped my entire line of vision, I felt so fulfilled, and the excitement that had been building over the past few months as I planned this journey began to impact me in a way I didn't expect:  I started to tear up.  Very briefly, I thought of how ridiculous it was to be reacting this way, but a peace and relaxation came over me and I suddenly felt calm.  And as I coasted down the mountain, I thought to myself, "This is going to be a great trip...I've got the Lord riding with me."

And so it went.  And I found myself talking to God the whole journey.  I'm sure I looked crazy to passersby, but it was great.  And I had the best trip of my life.  The first of many best trips of my life. 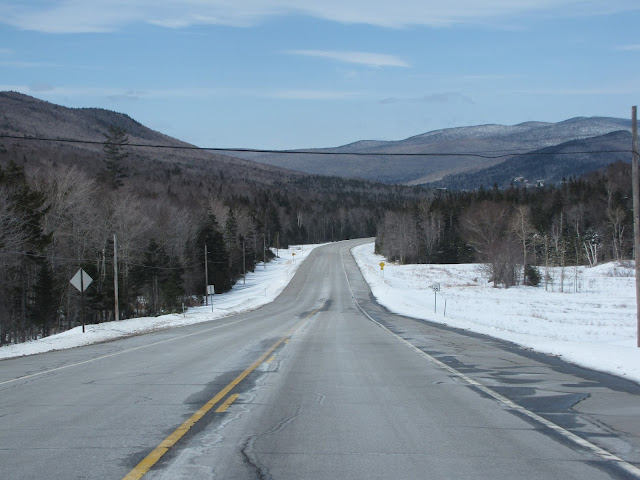