I woke up this morning to the news that the Pittsburgh Steelers former and most successful coach, Chuck Noll, who coached the team beginning in 1969 and retired in 1991, passed away last night at the age of 82.  He is the only coach to win four Superbowls, and he had a very successful career that resulted in enshrinement into the Pro Football Hall of Fame in 1992.  He was a unique coach in that he didn't try to motivate his players with "rah rah" speeches.  He was a teacher first, and he expected his players to motivate themselves.  When he took over as coach, one of the first things he said to his players was that they lost so many games because they weren't very good players.  Between his first season and the first Superbowl win in 1974, only five players from that first team were still with the team.  Until he retired, he was the only coach of the Steelers during my lifetime.  He was a great coach, and according to his players, he was a great person.  I'm proud that he was the coach of my favorite team.  My prayers go out to the Noll family.

I'm battling a summer cold.  At first, I thought it was just allergies, but this is definitely more than just allergies.  I typically don't get "small" illnesses.  I go big or not at all.  So this cold has knocked me out.  I took off from work on Thursday, but tried to get back to it on Friday.  After arriving at work, I was told in no uncertain terms by both one of my colleagues and several employees to go home.  I lasted an hour, then I did just that.  It felt like playing hooky, but it wasn't any fun.  I took some cold meds both days that completely knocked me out.  I'm pretty sure I slept more than I was awake over the past several days.  I had big plans for my daughter and I to go hiking today, especially with the gorgeous weather, but that didn't go as planned.  I once again slept the day away.

Father's Day is tomorrow and I don't have the words to describe how great my dad is.  He has done so much for me.  He's my financial advisor, my life coach, my human resource specialist, my repairman, and my best friend.  I am so fortunate to have him as my father.  Happy Father's Day, Dad!  I love you! 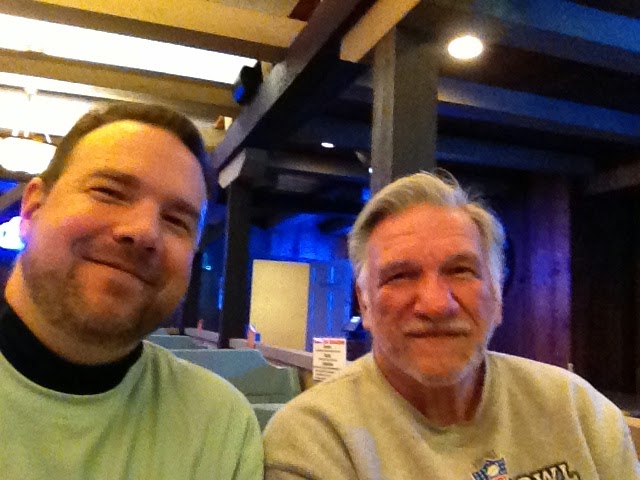