Believe It Or Not, This Is Church

What an incredible day!  Today was Grace On The Lawn, or #GOTL.  Our church, Grace Community, had a wonderful celebration today of 30 years.  It was also the culmination of a two year plan called Our Time, which was the first major expansion of the church since we moved into the current building.  More than 3000 members and attenders came for the celebration out on the church grounds, and it was great to see.  I loved hearing a father passing by us just before the service started, carrying his young daughter, say, "Believe it or not, this is church."  I think that said it all. 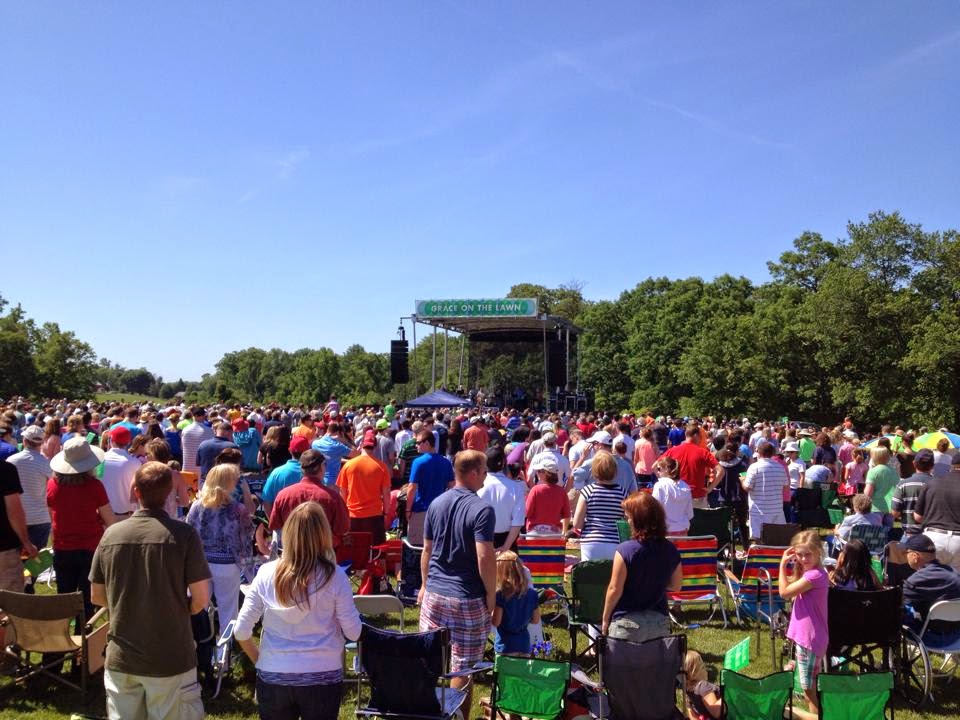 Grace has had a nomadic existence for many years.  There were a bunch of signs set up describing the church's history.  In 1984:


"A small group of pioneering families caught God's heart for those who had given up on church.  Convinced that Christ-honoring, Bible-centered, relevant teaching could reach suburban Maryland, these families began meeting in the basement of a Howard County home.  This was the beginning of Grace Community Church.  God's presence was palpable, new people showed up every week."

On January 1, 2006, Grace moved into our Fulton, MD, campus, after building its large, sprawling, modern building.  The church continued to grow at an incredible rate, however.  In 2012, facing overflowing services and children's programs, as well as a packed parking lot, Grace undertook the 2-year Our Time challenge.  The church began collecting funds for an enlarged parking lot, completion of the balcony in the Worship Center, and a newly launched Saturday evening service.  In addition, Grace supported a church plant in Silver Spring, The Well. All was in preparation for the growth that the church was experiencing and anticipating.

The church sang and worshipped together, and it was an inspiring service.  It was an incredible feeling to be a part of this event.  After the service ended, everyone was given the opportunity to have lunch together, as 20 food trucks were brought in to feed the masses.  The food was great, too!  My daughter, Melody, and I had the sliders from Upslidedown Dave.  Melody had a couple of burgers, and I had a trio of Portobello mushroom, chicken salad, and Cuban sliders.  It was a great day and a great time.  I had to laugh at a comment my daughter made.  The air was filled with the smell of sun block, and she said, "It smells like camp!"  God is so good.

I want to give a shout out to Bob, who found me in the crowd, and said he was a big fan of this blog.  Thanks, Bob.  I really appreciate the kind words.  Thank you, too, for stopping by and introducing yourself.  It still amazes me, all of the people who read this blog.  It's so humbling.  Thank you for continuing to read.

If you're looking for a church home, please give Grace a visit.  You can find out more at Grace's website.

Have a great week, everyone! 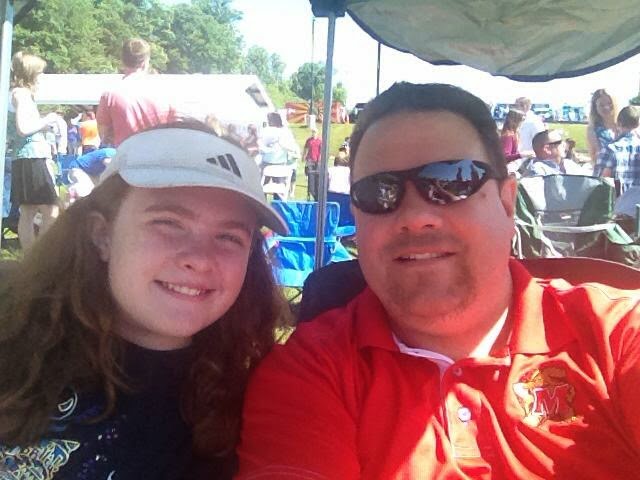