I was thinking a lot about my grandfather, Chester "Pap" Freed, today.  I loved that man.  He wore his heart and his faith on his sleeve, and I only wish he had lived longer than his 84 years.  As a father of 8 kids, he was the breadwinner and worked very hard.  He had a varied career as a coal miner, for the railroad, as a night watchman, as a barber, and as a circuit preacher.


My dad has shared many stories about his father, and how influential he was on his four sons.  He wanted nothing but the best for them, and that meant, when they were old enough, he sent them out to find careers, not just jobs.  My dad was just a few months out of high school when Pap saw an ad in the local Uniontown, PA, newspaper advertising Federal Government jobs in Washington, DC, and he sent Dad and my Uncle Paul on a trip to DC to take the government entrance exam.  That was the start of my father's career in the government (Uncle Paul passed it, too, but he soon went in a different direction and because a Prince George's County Police officer).  Pap didn't want his sons to have to work in the coal mines.

Pap had a scary incident while working in the mines.  Everyone was paired up with a partner, and he and his buddy were working hard when there was a cave in.  They were cut off from their exit, and it was so dark that they couldn't see anything.  It was then that Pap realized that his partner had been killed.  It was some time before the other mine workers were able to dig them out.  Fortunately, Pap got out, but he quit that job on the spot.

Many years before that, he worked on the railroad.  One day, as the train he worked on cut through the city, they came up on a grade crossing at a busy road that came off a steep hill.  Cars would work their brakes hard as they came down the incline and have to stop at the foot of the hill in order to look for trains at the crossing.  It was not unusual for there to be many close calls as cars either just missed being hit by trains, or raced to miss them.  Well, this car was coming down the hill, had stopped at the crossing, then tried to hurry across the tracks to beat the on-coming train.  But the car stalled right on the tracks.  The young couple, a man and woman, were sitting in the open car when the train Pap was on crashed right into the car, throwing out both of the occupants of the car.  The woman fell right onto the tracks and her body was immediately cut in half by the train.  The train was going at a pretty good pace, and the engineer immediately hit the brakes.  My grandfather was the first one to reach the young woman.  She was still conscious.  Pap said there was a lot of blood.  He recalled that the woman kept reaching down to her abdomen, and, seeing that her lower body was missing, would scream and go into shock.  This occurred several times.  He tried to comfort her, but he knew she wouldn't live, and she died very soon after that.  It was a horrific incident and it scarred him for the rest of his life.


Pap was the best kind of preacher.  He told life-lesson stories and anecdotes that people could relate to.  While he was not ordained, he was a lay preacher who worked a three-church circuit each Sunday, preaching at the local church located right behind their Hopwood, PA, home, and then two more located in the mountains just east of town.  I never really got to hear him preach.  He stopped when I was a kid, and I just don't remember his messages.  But after his death in 1994, I inherited many of his sermon notes.  They weren't filed in any order or anything, so I tried my best to put them together in a way that they made sense as standalone messages.  He sure loved the Lord.  I know of four men who can pray like no one else, who I feel are speaking directly to God and through Him:  Pastor Tom, who preached at a church I went to as a young adult and is now retired; Pastor Mark, at my current church, Grace Community; my father-in-law, Jim Shirlen, who is the pastor at First Baptist of Damascus; and my grandfather, Pap Freed.

I was honored to be asked to present Pap into the Hopwood Methodist Church's Hall of Fame, the church where he preached at for many years, about a year before he passed away.  He touched so many lives.  When he passed away, on his birthday in 1994, in his bed, in his home, after a long battle with cancer, he was surrounded by his family who loved him so much, I was holding his hand.  He had been comatose for much of the week prior, and as his breathing became very shallow and the nurse on hand told us he was nearing the end, all of a sudden his eyes opened wide, staring up into the ceiling.  Then he slowly closed his eyes and breathed his last breath.  I am convinced that he opened his eyes at that moment because Jesus had come to guide him into the gates of Heaven, where he now resides for eternity in God's arms. 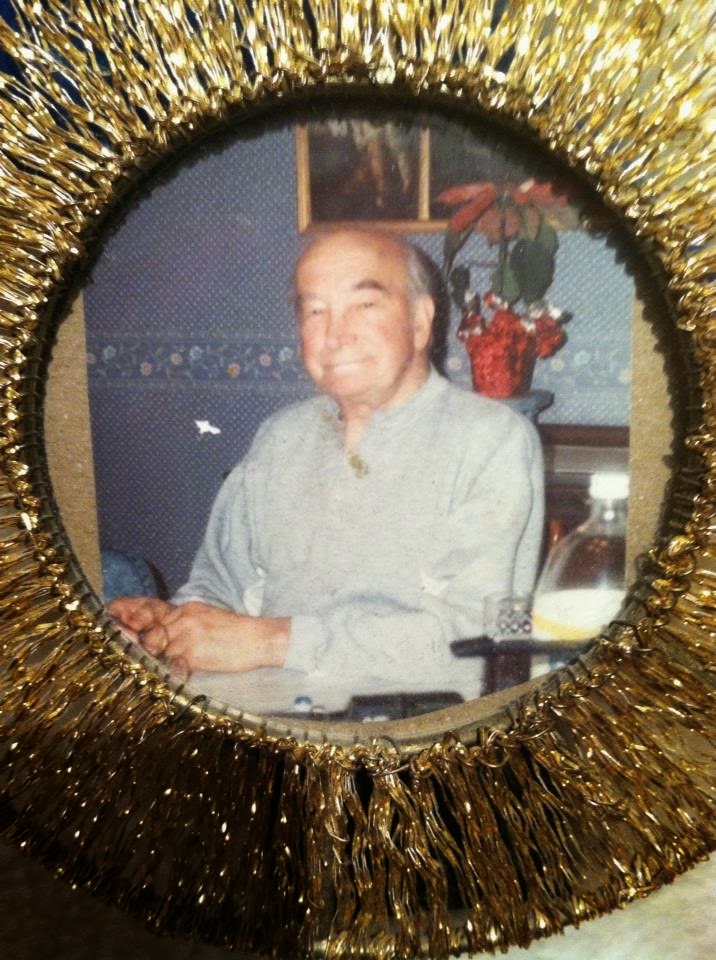 He was a great man.  I miss him a lot, but I know I will see him again one day.

Have a great evening, everyone!
Posted by Eric Freed at 9:10 PM