Road Trip to the Eastern Shore

Faithful Pup Scout woke me up at 6:30 a.m. on Sunday morning.  This is not a good thing.  I regularly get up at 5:30 a.m. during the week for work, so while this could technically be called "sleeping in," I like more than just an hour more than usual.  Once awake, though, it's difficult to get back to sleep, so I decided to just get up.  Then I decided that I wanted to do more than have a normal Sunday at home.  With my daughter spending the weekend with her grandparents, I was on my own.  So I got dressed and headed out.

I've been driving my Jeep a lot over the past several months, but I wanted to get my 2-seat Mazda out on the road, especially given how nice a day we were expecting (though no where near warm enough to put the top down).  I hopped in, drove to the local Shell station, and topped off the air pressure in my tires, then headed up I-95.  I live very close to the rest area near Laurel, MD, and I decided to stop there at the Welcome Center to pick up a few maps.  But it was still too early.  I left the house at 8:30, and it wasn't open yet.  So I kept on driving up the road. 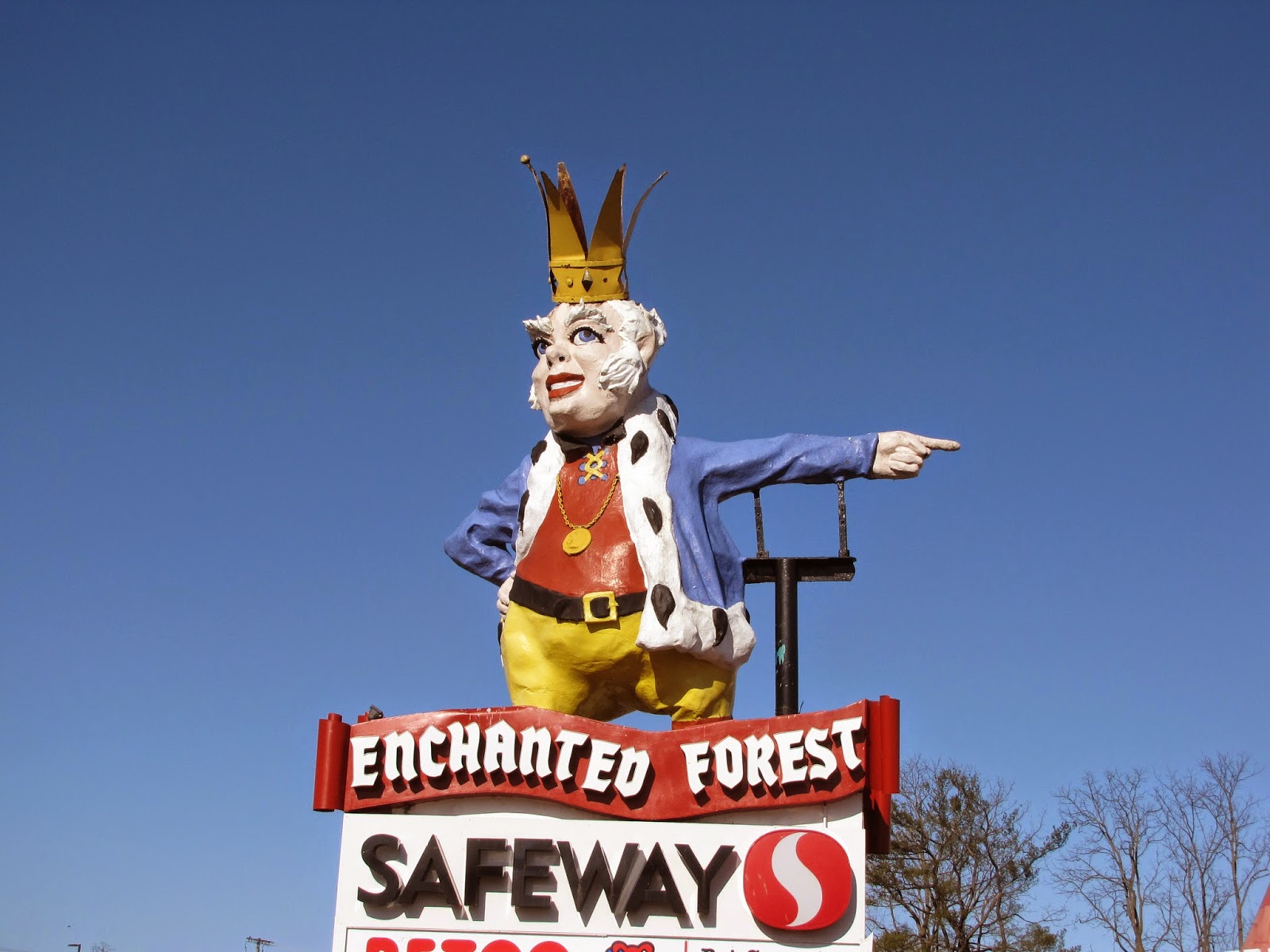 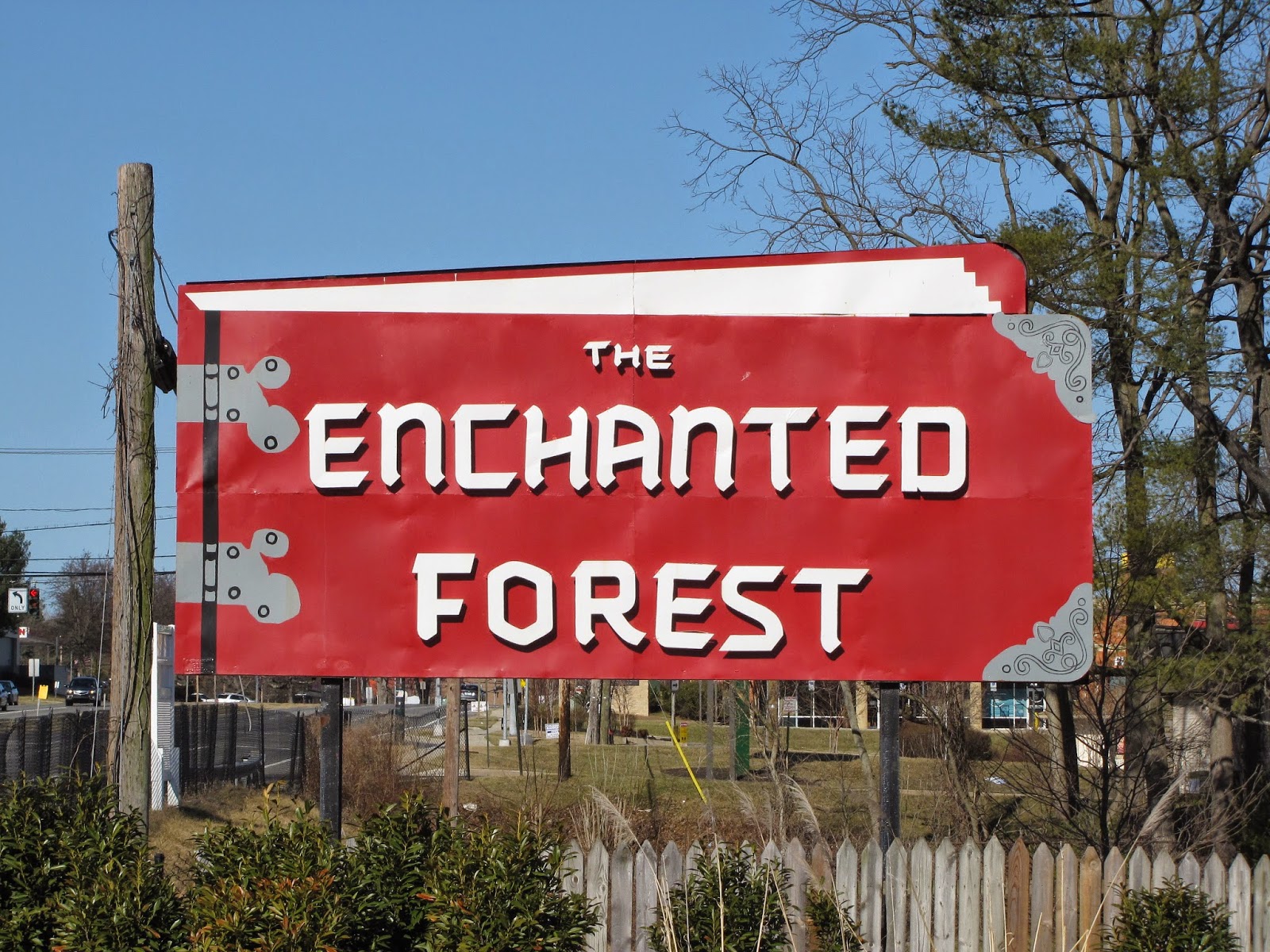 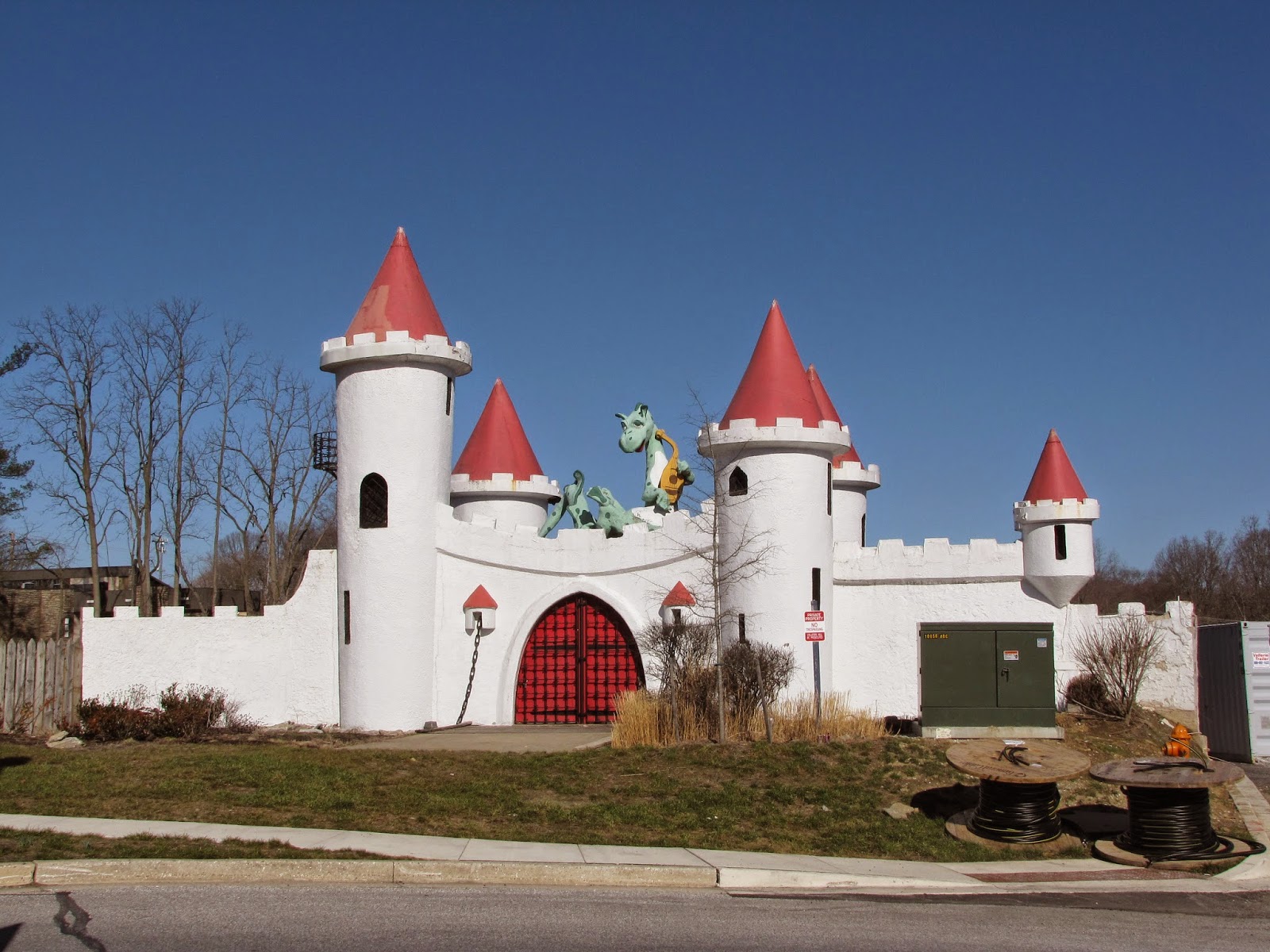 I ended up in Ellicott City at the Double T Diner on US 40, across from the old Enchanted Forest, where I decided to get some breakfast.  I had a delicious spinach, mushroom, and tomato omelet and a blueberry muffin.  It was awesome.  And while I drink coffee not for the taste, but for the caffeine, there is something about diner coffee that really tops off a good breakfast.  My server appeared to be a bit harried, which I assumed was a result of an earlier morning for her than she might have wanted (kind of like me), but she quickly warmed up and was very friendly.  She even called me, "Hon."

Back on the road, I debated which way I wanted to go.  I could go west towards the mountains, where I could expect some fun roads to drive on, or I could go north, maybe go up into Dutch country.  I could go south into Virginia, but since we are planning a trip later in Virginia, I decided that wasn't a good option.  So I went east.  I drove back towards Baltimore and jumped back on I-95 north.  When I reached the Maryland House Rest Area, I stopped and finally picked up a few maps and brochures, which allowed me to finalize my plans for the day.

I went back out to my car, and realized I was blocked in on either side by a couple of New Jersey cars.  Not sure how this can happen.  I have a very small car, and I'm parked directly in the middle of the space.  But the cars on either side were practically on the lines, making it difficult for me to get into my car (and I'm sure it was difficult for the passengers in the other cars to get out of their vehicles).  This is one of my pet peeves.  Very frustrating.

Back on the road, I was immediately confronted and surrounded by a bunch of race cars.  I decided I'd had enough of the interstate, and I got off at the next exit, at Aberdeen.  I instead took US 40 east.  I soon reached Havre de Grace, and I explored this colorful little town for a bit.  I found the lighthouse, and got out and walked around the waterfront area.  It was really nice, though it was still chilly. 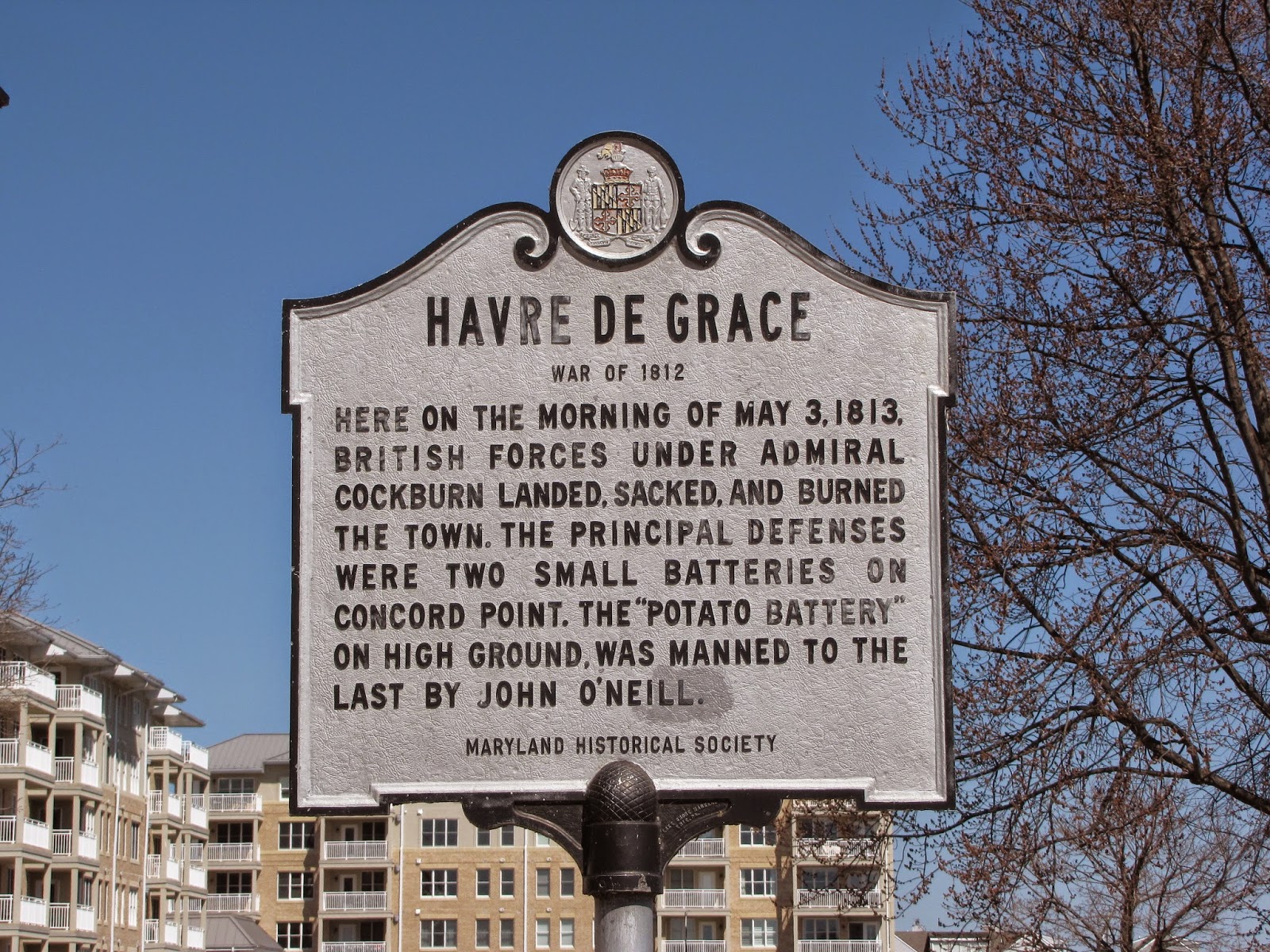 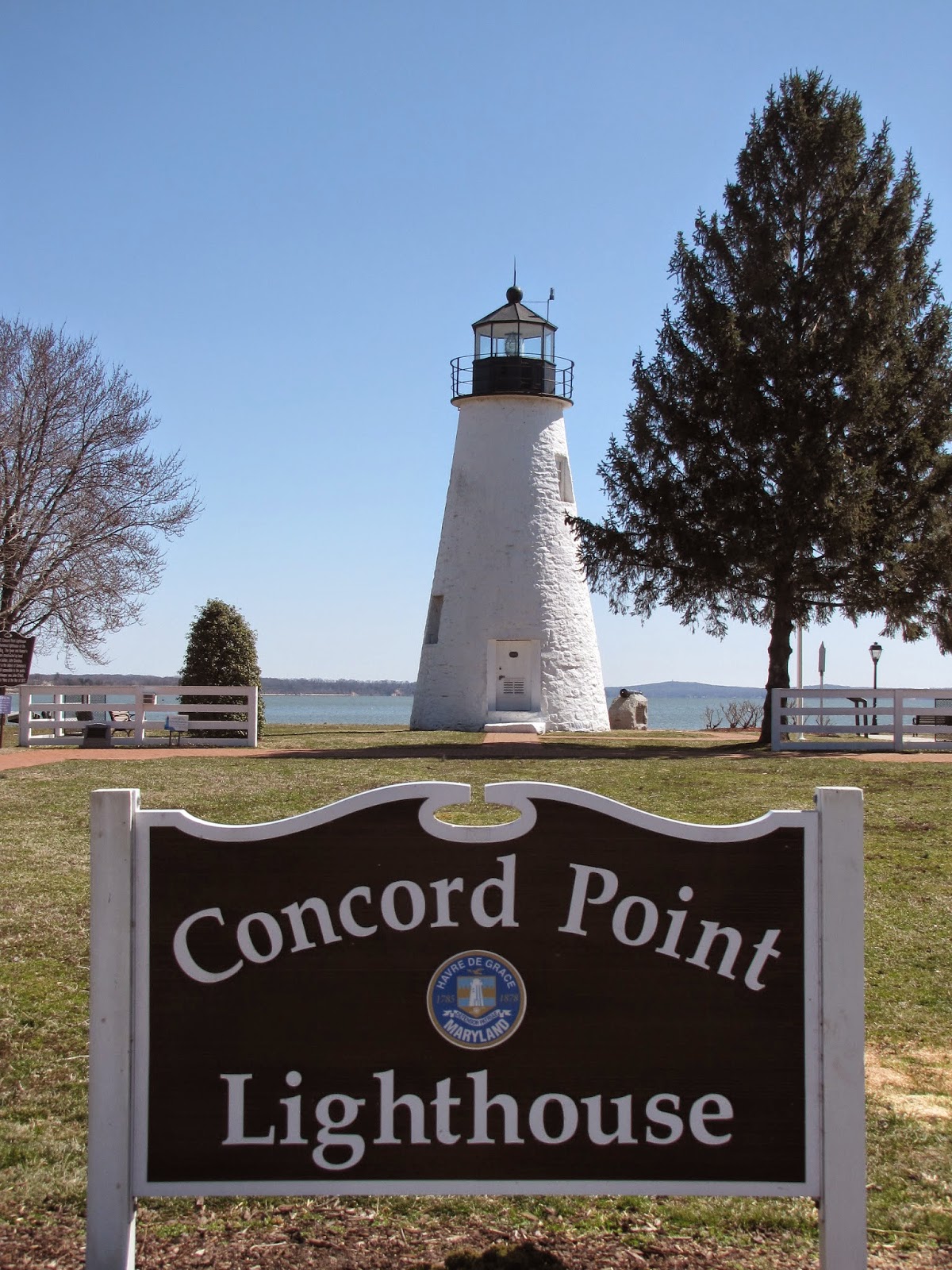 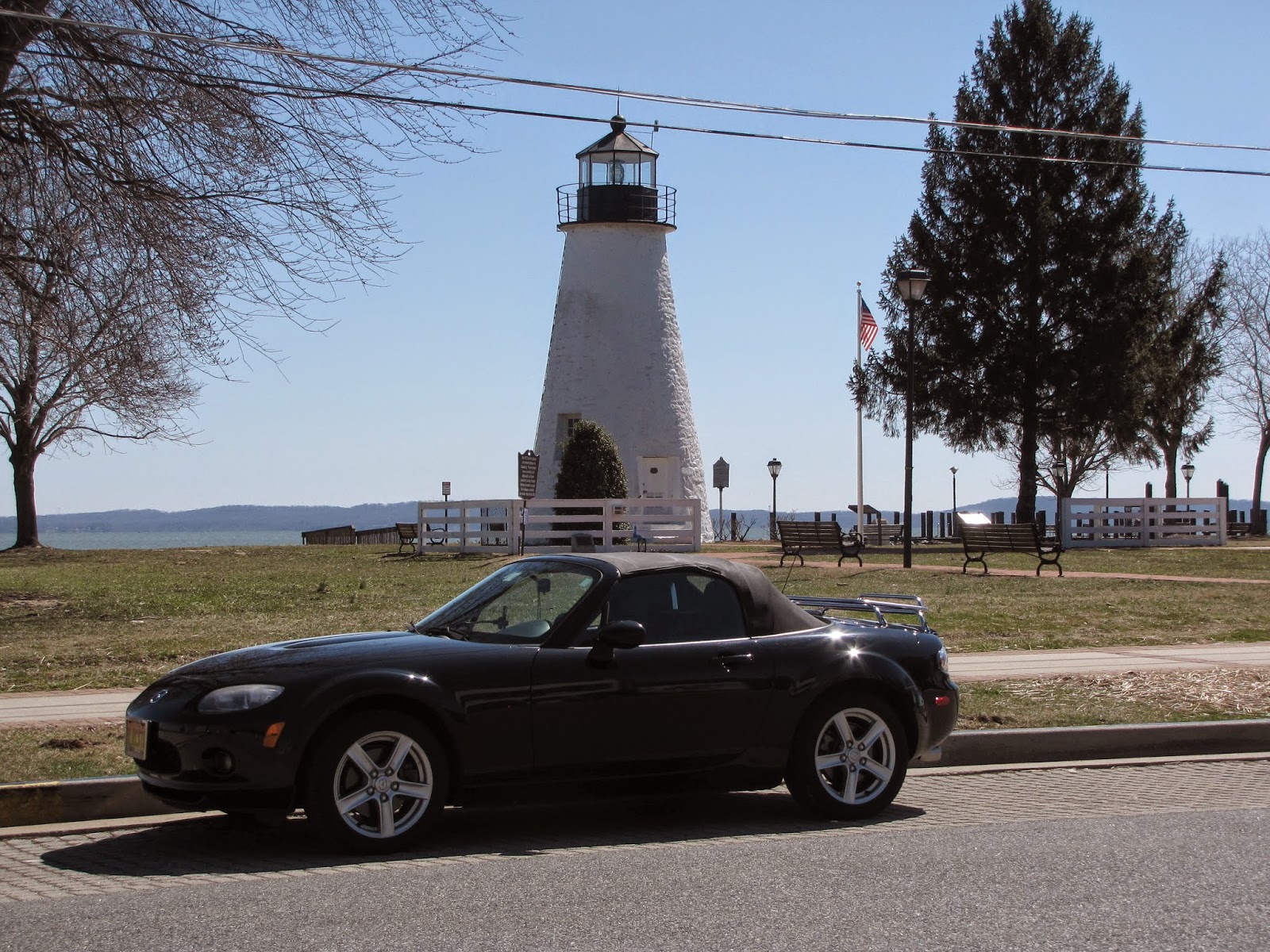 Back on the road, I soon crossed the Susquehanna River, and was confronted with a rather ridiculous $8 toll!  Brother!  I kept going and soon reached Elkton, MD, just shy of the Delaware state line.  I took Route 213 south and remained on this road all the way through Centreville.  The drive took me through a lot of nice little sleepy towns, each with a bridge as an entrance.  Most impressive was Chesapeake City, with a steeply arched bridge over Back Creek.  Chestertown was a neat little college town, and Centreville was really nice.

I was really hungry, but I had no desire to stop.  There weren't very many restaurants anyway, but I learned something about myself on my little adventure.  I've forgotten how to travel by myself.  Before I met my wife, Teresa, I took many solo trips all over the country, but after getting married, and then with my daughter, I always had a traveling partner.  I didn't like being by myself on this trip.  So it was well after 2 p.m. when I finally stopped to eat, and it was at a chain, something I try to avoid when traveling.  I reached the western shore and drove all the way to Crofton before stopping to eat at a Red Robin.

I had a really good time, overall, even if I didn't do much.  I really didn't stop after leaving Havre de Grace, which ended up being a really long drive.  But it was fine.  It was good to be home, too.