The Big Road Trip, Part 4: The Field of Dreams

We left G-Fest XXIII, and the Crowne Plaza O'Hare in Rosemont, IL, at 2:20 pm, and worked our way through a maze of highways and roadwork to I-90 west.  After some pleading and arm twisting by my wonderful daughter, Melody, I agreed to make another stop at Mitsuwa Market in Arlington Heights, to get her another Bubble Tea.  She is addicted.

The highway was not very scenic, and the on and off again rain was disappointing, but after passing Rockford and entering western Illinois, the sun came out and the drive became gorgeous!  We stopped at a scenic rest area near Galena and grabbed a few pics.  We also visited with a nice couple from Iowa who had been traveling all over the country on a motorcycle.  We told them about our road trip and asked for recommendations for places to see in Memphis, where the wife used to live. 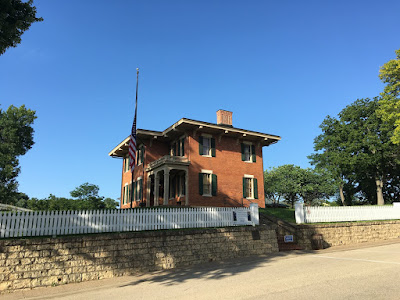 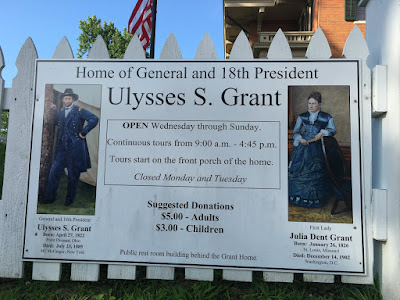 We continued west and stopped in Galena after seeing signs for President U.S. Grant's home.  Grant had lived in Galena just prior to the Civil War, and returned to a hero's welcome after, receiving the house as a gift from the town.  It was just a few years later that he was elected President, and he spent very little time in Galena.  We arrived too late in the day to visit the house, but we walked around the grounds and took some pictures. 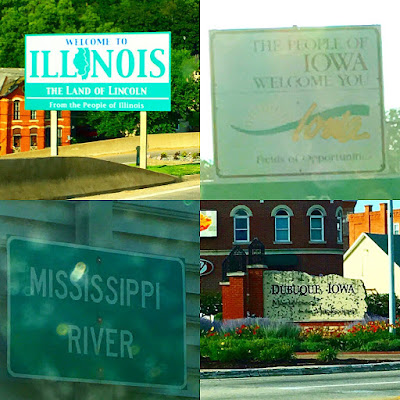 We soon reached the Mississippi River, and we crossed over into Iowa for the first time.  Dubuque was a really nice town, and we found Iowa to be more scenic  than we imagined.  We continued west towards Davenport, heading towards the legendary Field of Dreams movie site.  The GPS took us on an unexpected drive that ended up being more direct than what I had mapped out, but ended up being on dirt roads that stretched forever through corn fields and farm land. 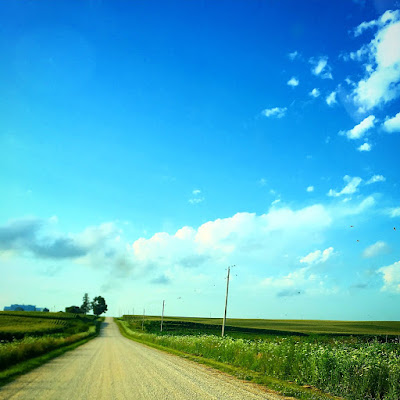 After cresting a small rise, the road went back to asphalt, and there it was:  The Field of Dreams! 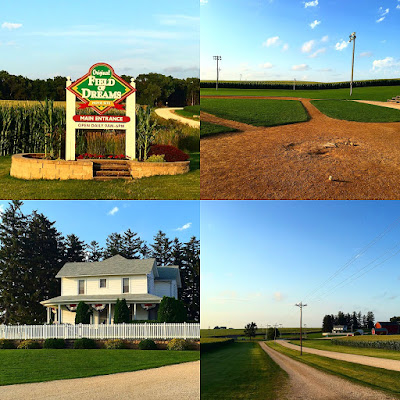 There were a couple of guys on motorcycles pulling out of the long driveway to the house as we pulled up, and there was one lone car in the gravel parking lot.  We pulled in and it became clear that the site was closed for the evening.  We parked and quickly took some pictures.  It was so quiet!  You could actually hear the corn swaying in the slight breeze that was blowing.  While Melody really had no reference, since she hadn't seen the movie, I was in awe to be there.  FIELD OF DREAMS is an incredibly impactful movie, and it was just so cool to be there.

We hopped back in the Jeep and headed out.  We didn't disturb anything while there, since I was nervous about being there after their posted hours, and back at the main road, I checked the GPS to see if there was a place we could stop to eat.  We had been driving for 200 miles, and while we vowed to avoid fast food, we wanted to get down the road as far as we could and that meant a quick stop.  We found a Hardees right in Dyersville, and stopped to eat.

We ate quickly and I figured out how far I wanted to drive, knowing how far we had to go tomorrow without wearing ourselves out tonight.  I made a reservation at the Sleep Inn in Charles City, Iowa, figuring another 100 miles or so would allow us to stop by 10 pm or so.

We walked out of the Hardees and saw a sight that haunted us for the remainder of the trip.  It was a lapse of judgment that would never be repeated, but never forgotten.  And it was only through God's grace that it wasn't worse than it was, or could have been, which is either a statement on the town and people of the area we were in, in the heart of America, or God was really looking out for us.  Or it was a combination of both.  And we agreed then and there and that we would never tell a soul what it was that happened.  So there.  That's the end of it.

We jumped back on the highway, watched an amazing sunset, and just kept thanking God for the incredible trip we were on.  US 20 turned into I-380, and we turned northwest near Waterloo onto US 218 all the way to Charles City.  The Sleep Inn was very nice, as was the staff, and we quickly settled in to sleep.  Our mileage for the day was 311.9, and we were at 1112.1 miles for the trip.