I've never gone on more than a few second dates.  I'm a fairly good judge of character and I'm observant enough to be able to tell if a first date is going well, and whether a date is interested in me or me in her.  If things go well, the second date is usually requested at the end of the first date.  If they do not go well, or if I know that she isn't a good match, the end of the date is the end.  The vast majority of my first dates have ended that way. 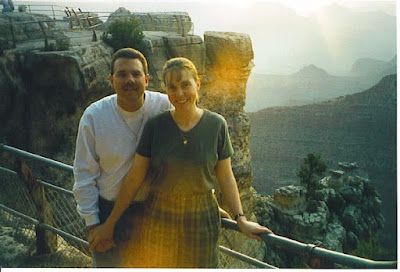 I had been dating a young lady for almost six months.  My cousin and roommate, Dan, knew I wasn't happy in the relationship, and I had hinted a few times that I couldn't see a future with her.  She just didn't seem that into me, but I had been hanging on to the relationship trying to make it work.  When she broke off a date for that Saturday night, Dan told me, over breakfast, that I should come to his church that evening to see the Easter play that they were performing.  He told me about a young lady who had a part in the play that I might be interested in meeting.  Dan hadn't tried any matchmaking in the almost year we had lived together, so I was intrigued, and since I didn't have any plans, I agreed to go.

That evening, I found myself in the audience at Montrose Baptist Church for the Easter play.  It was a good show, and I spent most of the performance trying to figure out which actress was the one Dan wanted me to meet, since he had neglected to tell me her name.  It wasn't until after the show, when Dan invited me to dinner with a bunch of the cast, that he told me her name:  Teresa.

I followed Dan over to the restaurant.  We walked over to a table where about 7 or 8 young ladies were seated.  Dan quickly did introductions, and then sat down next to Teresa, which placed him between her and me on the same side of the table.  I never got to talk to her the whole evening!  It wasn't until later that night, back at our place, that I told him what he did.  He wasn't even aware that he prevented me from talking to her.  That didn't stop him from asking me if I wanted to get her number, and find out if she might be interested in going out.  I was interested enough, so he did, and she did, and we set it all into motion.

Before that, however, I went out one more time with the other woman.  And we had The Talk.  And she confirmed what I was feeling, and we agreed to break up.  And it was hard.  I think anytime you invest in a relationship, especially one that lasts as long as ours did, the break up is hard, even if I knew it wasn't going to last.  But breaking up was the right thing to do.  I never heard from her again.

Teresa had gone away for Spring Break, so she wasn't aware of my break up.  I didn't tell her, since she didn't need to know.  I was looking forward, and it was almost a month later before we went out on our first date.  It was magical!  We had a great time, and hit it off better than I could have expected.  I think the only regret I had was not asking for a kiss goodnight, since I was trying so hard to be a gentleman, and I didn't want to come across as being too forward.  Teresa was special, and it was clear I wanted a second date.  She was on board, and we made plans to get together the following Saturday. 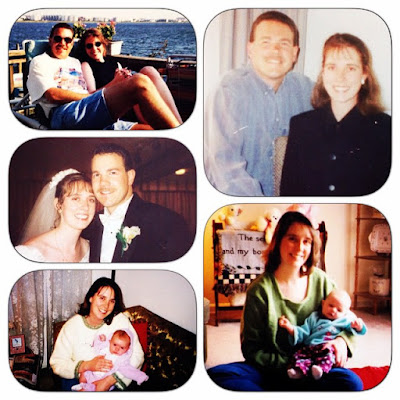 We exchanged emails all week, and talked on the phone on Friday afternoon.  Like a dummy, I didn't pick up any of the hints that she dropped on me about getting together that evening.  I told her I had laundry to do.  After I got off the phone, Dan called me an idiot, and said I needed to call her back.  Sure enough, he was right.  Teresa was very interested, and I told her I'd pick her up and we could get a late dinner.

It was a long drive, going from Montgomery Village, where I lived, to Laurel, where she shared an apartment with her college friend, Kristen.  This was long before I had a cell phone.  By the time I got to her place, she informed me that Kristen had been complaining about a pain in her abdomen, and had gone to the emergency room.  Teresa was going to follow, but she was waiting for me to arrive so she could tell me that she had to break off our date.  I asked her if she wanted me to go with her.  She was so surprised that I was willing to do that, and we rushed over to the Laurel Hospital together.  It was a long time before we found out how Kristen was doing.  While not too serious, the doctors wanted to do more tests, so, at around midnight, with all of us feeling hungry, Teresa and I made a late night run to Wendy's, bringing back burgers for everyone.

Kristen was released shortly after that, and I took Teresa back to her apartment, saying good night at around 2am.  I was exhausted, and so was Teresa, and we still had a date scheduled for later that day!  Teresa gave me a kiss goodnight this time, and I drove home floating on air.

I was up late, but Teresa and I were scheduled to see an afternoon matinee at the movies.  It was then that I think we both knew that we were in love.  The movie, TITANIC, had nothing to do with it.  Given the amount of time we spent with each other over 24 hours, and all the time talking and sharing, gave us such a sense of comfort with each other.

Even more important, and which became clear to both of us later, is that God had been preparing us for each other, and He knew we were ready for the relationship that was developing.  He brought a love for each other into our hearts, and it blossomed quickly into something truly special, something that neither of us had ever felt before.  We each had gone down a lot of road.  I was 28 when we met, and she was 25.  We dated for less than a year before I asked her to marry me.  God blessed us with a wonderful marriage, and life was good.

I wish that we had been given more time together.  Teresa passed from this life almost exactly six years after we met, with just over 4 and a half years of marriage.  She was a mother for only five months, bringing our daughter, Melody, into the world.

I loved Teresa like no one else, and miss her every single day.  I know that she is living in eternity with our Lord and Savior because she had a relationship with Him, and I know that I will see her again someday. 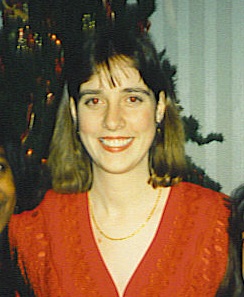 Thank you, Lord, for our wonderful life together.