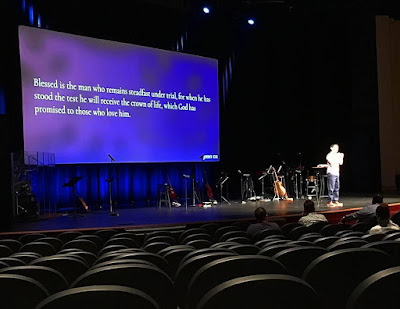 Sometimes it's hard to admit when you're wrong.  It's even harder when you feel like you've been wronged.

My organization is going through a major realignment.  These types of things happen in the public sector all the time, always under the guise of making things better and more efficient.  Given our current president's desire for efficiencies, my director wanted to move our organization in that direction, and asked my colleagues and I to work together to come up with a plan that would take us there.  My group in particular has been working towards becoming more efficient by automating our processes, and the director actually used my group as his inspiration for his realignment idea.  We worked together to come up with a plan, but one aspect of it will mean moving me out of my current position, and will actually result in a major change in my own status, however, given the timeframe for the automation plan, I argued that delaying it by up to two years to allow for the completion of the automation, then realigning, made more sense.  My peers agreed, and we worked towards that end, with our completion date estimated to be about two years.

Everything changed in recent weeks, though, with the higher-ups deciding that we should move forward with the realignment much more quickly than what was called for in our plan.  In addition, since my job is impacted in the plan, I was informed by our director that I needed to find a new position in the organization.  I surmised that all of the group managers would be involved in the realignment, with seniority being the deciding factor.  The director disagreed, and that I would be removed, despite the fact that I was a senior member of the team.  This would result in me being demoted and reassigned to another team, losing my status and my area of responsibility.

My boss met with me a few weeks ago to discuss with me the changes, and assured me that it had nothing to do with my performance, and everything to do with numbers.  I argued that there were many other factors not being considered, including the fact that my group was the only one that had accomplished his efficiency goals.  He said that was a consideration, and emphasized again that my group's accomplishments were what inspired him to realign in the first place, so it was my own fault.  He told me that it would make a lot more sense for me to move to another area of the organization where I might learn different aspects of our mission.  This will take me out of a job that I've been doing for almost seven years.

I was pretty upset, and became even angrier when I found out that much of my work and accomplishments will be disregarded by the new manager, and my decisions were being questioned.  In addition, instead of waiting for the approval and processing of paperwork for the realignment, which would likely take 12 to 18 months, since I am now a lame duck, my boss is going to move me out of my job within the next few months.  I can't help but be disappointed over the whole thing, and I became angry and resentful towards my boss and my peers, assuming that they were intentionally moving me out of the job I loved, and that I had no support from anyone.  I was humiliated, and quick to blame everyone else.  I was so stressed out and disappointed, I couldn't sleep, and I stewed about it constantly, too proud to see what was really happening.

Saturday evening, I was at Grace Community Church, my church home, at the worship service, and Pastor Mitchel's message was a continuation of his series on the book of James.  The key verse for me was James 1:12 - "Blessed is the man who remains steadfast under trial, for when he has stood the test he will receive the crown of life, which God has promised to those who love him."

It was an "aha" moment for me.  You see, I've spent much of the past year involved in determining the direction we were going to take as an organization, and I selfishly found myself more concerned about my own path.  Now, I could argue that they are one and the same, but the reality is that my desires and those of our Lord and Savior are not always aligned.  This was the reality check for me.  Rather than stress out and be angry and blame others and assume I'm being wronged because things are not going in the direction I want, maybe I need to have a little faith and trust that God has this and is going to take me down the path He wants me to take.  Maybe I need to be more humble and stop looking at this as a demotion.  The truth is that my salary will not be affected, so I'm really not losing anything.  I still have a job.  I'm just not going to be doing what I think I should be doing.