G-Fest was over for another year, and we hit the road for our next destination.  I had wanted my daughter to experience at least a little bit of Route 66, which has its genesis in Chicago, but rather than take the time to drive all the way downtown, we decided to hit a few of the highlights of the route. 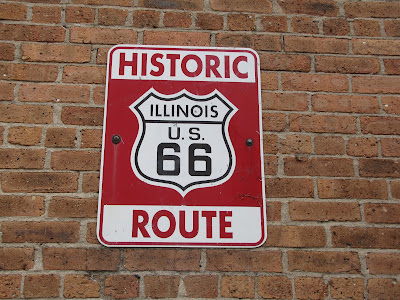 We stopped at Del Rhea's Chicken Basket, a genuine Route 66 Roadside Attraction, in Willowbrook, IL.  "The Chicken Basket was established in 1946, born out of a gas station next door that sold fried chicken.  It was a Blue Bird bus stop as well as a restaurant and used to have ice skaters on the roof to attract Route 66 travelers.  It became Dell Rhea's Chicken Basket in 1963 when the Rhea family took over and has continuously operated as a restaurant and bar since it opened in 1946."  It has been a long time since I had fried chicken.  Fortunately, they had a boneless chicken breast on the menu.  That's what I ordered, and it came with mashed potatoes with gravy and corn-on-the-cob.  Melody had chicken nuggets.  It was so good!  The chicken was tender and juicy, and the flavor was unique, slightly spicy and light.  For dessert, the very friendly waitress suggested we try the donut holes.  Oh, were they good!  They were very light, though fried, sprinkled with powdered sugar.  They came in a batch of a dozen, though we could only eat two each.  We took the rest with us. 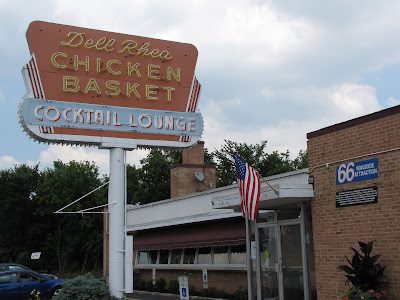 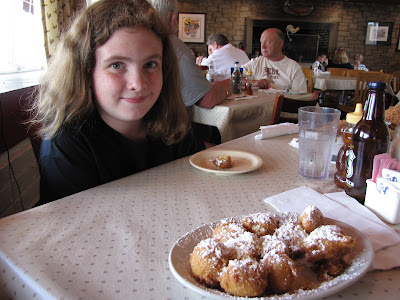 We continued down Route 66 to a museum, but it was closed.  We couldn't tell if it was closed because it was Sunday, or whether it was closed permanently.  Unfortunately, it was now getting late in the afternoon, and our goal was to reach Sandusky, OH, by night fall.  That wasn't going to happen now.  It would be quite late before we reached our destination, and we rolled in to Sandusky at 11:45 p.m.  However, we were able to make a slight detour into Michigan for a few miles to add to Melody's state tally, which is now at 29 states! 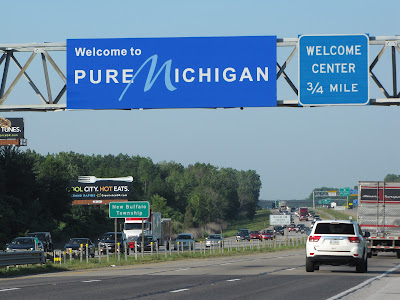 The next morning, we jumped into Coaster Summer with both feet, as we went to the world capital of roller coasters, Cedar Point Amusement Park.