The Monkees Live And In Concert!

So much to talk about!  No sooner had my wonderful traveling companion and daughter, Melody, arrived at home than we went right back out on Sunday night to see The Monkees performing live in concert at the Warner Theater in Washington, DC.  It was such a great show, despite the absence of Davey Jones, who passed away about a year and a half ago.  Michael Nesmith had returned to perform with the surviving Monkees for a tour beginning last year, and this was a continuation of there reunion.  Joining Mike were Micky Dolenz and Peter Tork. 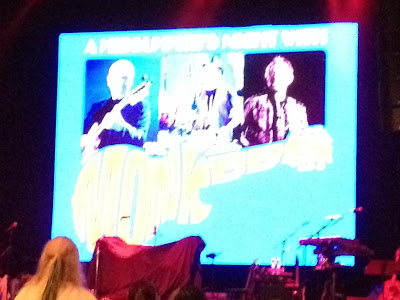 The Monkees performed all of their hit songs, and included great classic video footage from their TV show, from their movie, HEAD, and other TV appearances, on a big screen during their songs.  It was great to see when the Monkees were in their prime.  The trio had a full band backing them, including Micky's sister, Coco, on backing vocals, and Mike's son, Christian, who favors him quite a bit, on guitar.

There were plenty of comedy bits between the three stars, mostly rehashing old jokes from their TV show, and making fun of their ages.  There were many highlights, but one of the best was the performance of "Daydream Believer", one of Davey Jones hits, and the Monkees decision to not sing the words, since the song belonged to "all of us", and instead bring a fan up on stage to sing it.  The young lady did an okay job, and at least she knew all of the words. 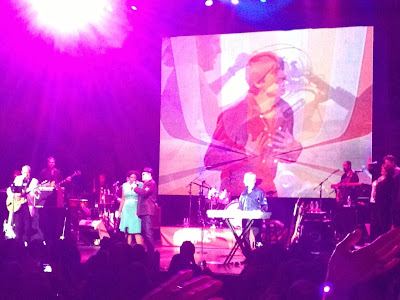 Another great bit was during the performance of "Daily Nightly", a neat tune written by Mike, which originally featured the very first Moog Synthesizer ever used.  Micky, who sang the song and played the Moog on the original recording, made a big production before the began the song about how Mike had promised to supply a Moog for Micky to play for this show.  Mike said he had tried to find one, but had a lot of trouble since there aren't any around anymore, and that because of their large size, most were converted into cars and other machinery.  But he assured Micky that he had his back, to go ahead and sing it.  They began the song and, sure enough, during the Moog parts, Mike began imitating the goofy sounds that the Moog was capable of making, much to Micky's chagrin.  It was much funnier than I'm able to explain. 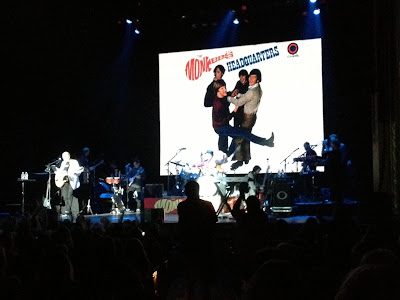 One of my favorites was a rousing performance of "Goin' Down", with Micky doing his best James Brown.  The song is so different from many of the Monkee's pop hits, featuring a jazzy walking bass line and fine sax solos.  The show also featured a lot of songs from the movie soundtrack from HEAD, including Micky's singing on "Porpoise Song" and "As We Go Along", which is in 5/4 time, as well as a rockin' "Circle Sky", a Mike Nesmith penned favorite.  The Monkees finished the show with "Listen To The Band", which was Mike's last big contribution to the act back in the 60s, and then an encore featuring the fan favorite, "Pleasant Valley Sunday".

Melody and I really enjoyed the show, more than the performance we saw at Wolf Trap in June, 2011, which was during Davey Jones last tour with the group before his death.  Though Davey brought more showmanship to the Monkees, Mike Nesmith's contributions included many more great songs, and it was great to hear them performed live. 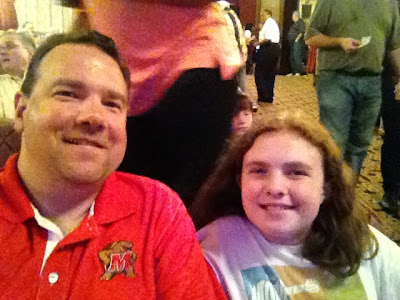 These guys aren't getting any younger, so I would recommend seeing them while you can.  Who's to say how much longer they'll be performing together as the Monkees?