I'm a car buff, and I love classic muscle cars!  While growing up, my best friend, Milton, had a bunch of classic cars.  His father had a '55 Thunderbird and a '60 Corvette.  When Milton started driving, he had a '66 Mustang.  I was just a bit jealous.  My uncle had a '68 Olds 442 that I loved.  My parents loved their Oldsmobiles, too.  Mom's first car was a '66 Olds 442.  Dad bought a long string of Cutlasses, including a '68, a '71, a '74, and, later, a '67, then a '72.  I fell in love with our '72 Cutlass, which was gold with a black vinyl top.  Dad traded it in a few years before I started driving... for an '81 Chevy Citation!  Blech.  When it was my turn to get a car, I started with an '81 Olds SportOmega, which was kind of different.  It wasn't a muscle car, but it was colorful.  It was 2-tone white on gray, with orange and red stripes along the sides and back, and "SportOmega" in big white letters on each door.  I got something a little more normal with my second car, an '85 Olds Cutlass.  It had mag wheels and lettered tires, and looked faster than it was.  It had a V6 engine.  But my next car was true muscle... in an 80s car.  It was an '87 Olds 442.  It was a beautiful car, navy blue on gray, with T-tops.  It had a 307 and was plenty quick, and it sounded great.  Unfortunately, it was a lemon, and spent a lot of time in the shop with all sorts of problems, including electrical problems and a bad oil leak, then a gasoline leak.  Everytime I turned around, I had to spend money to fix it.  I finally sold it after only 3 years, and a woman who had one just like it bought it for her teenage daughter.  She wrecked it within a year.

So I would love to get another muscle car someday.  And not just an 80s version.  I want a true late 60s/early 70s muscle car.  Here are a few of my favorites: 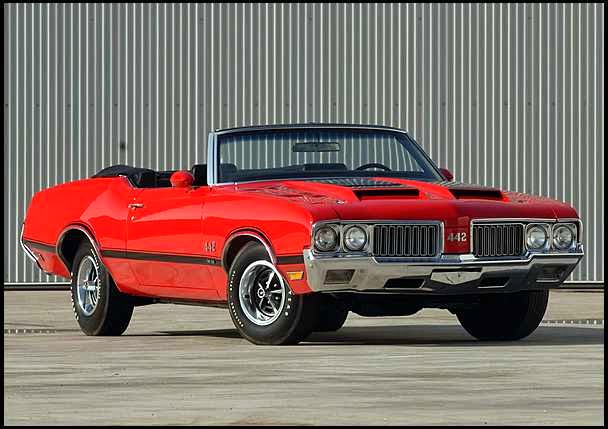 The 442s are still my all-time favorites!

My cousin had an AMC AMX Javelin, and I thought it was really cool. 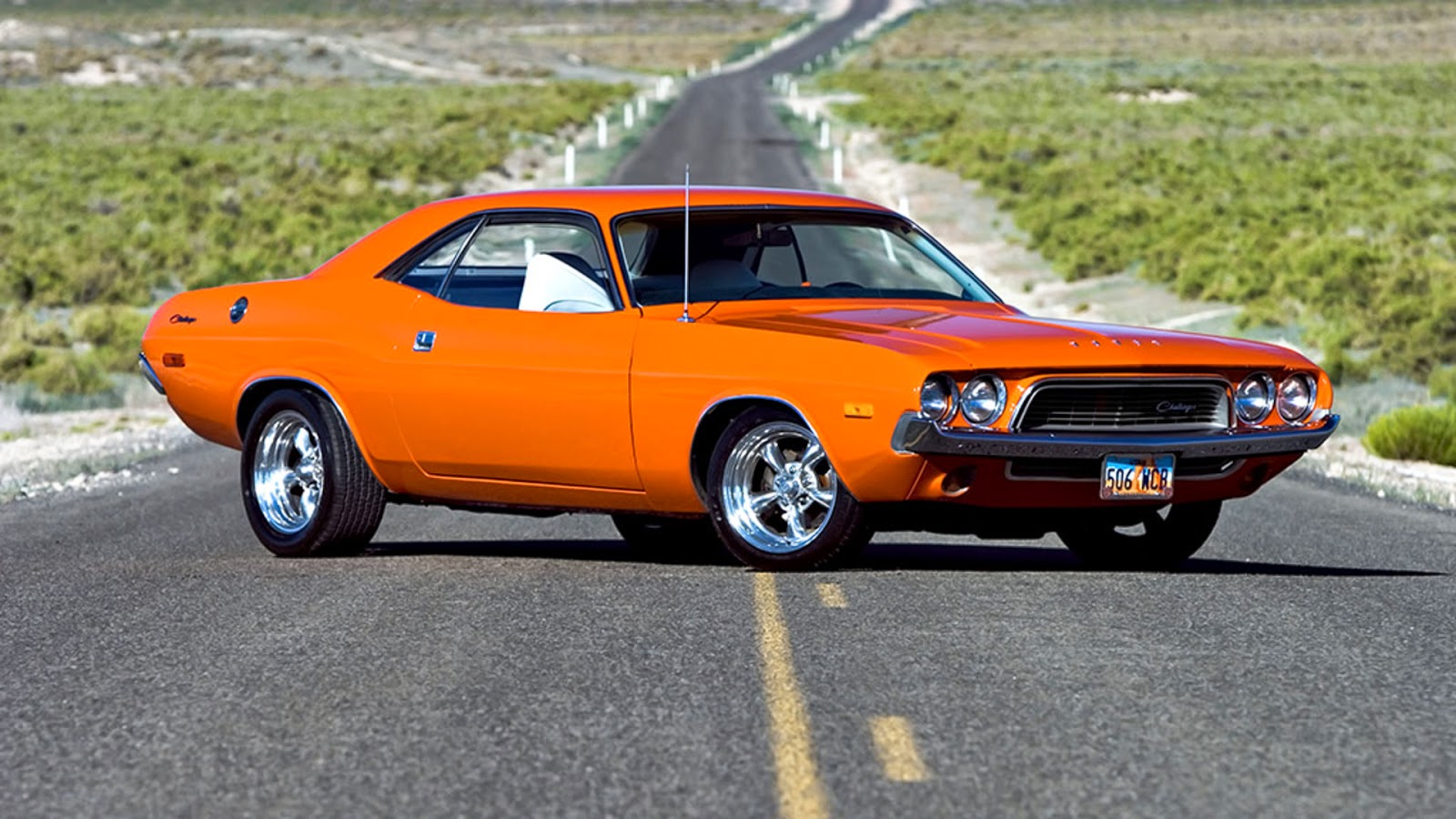 I really liked the MOPAR muscle cars, particularly this body style of the Dodge Challenger. 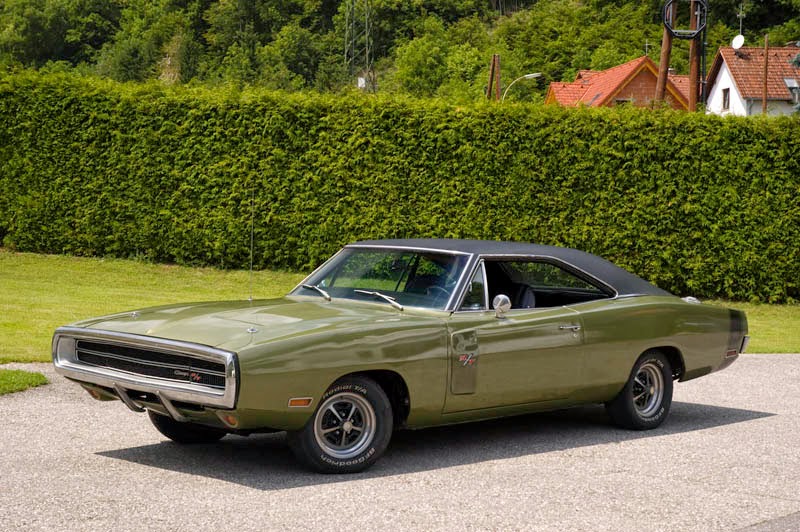 And anyone who watched The Dukes Of Hazard loved the Dodge Chargers.  My cousin had one just like this one. 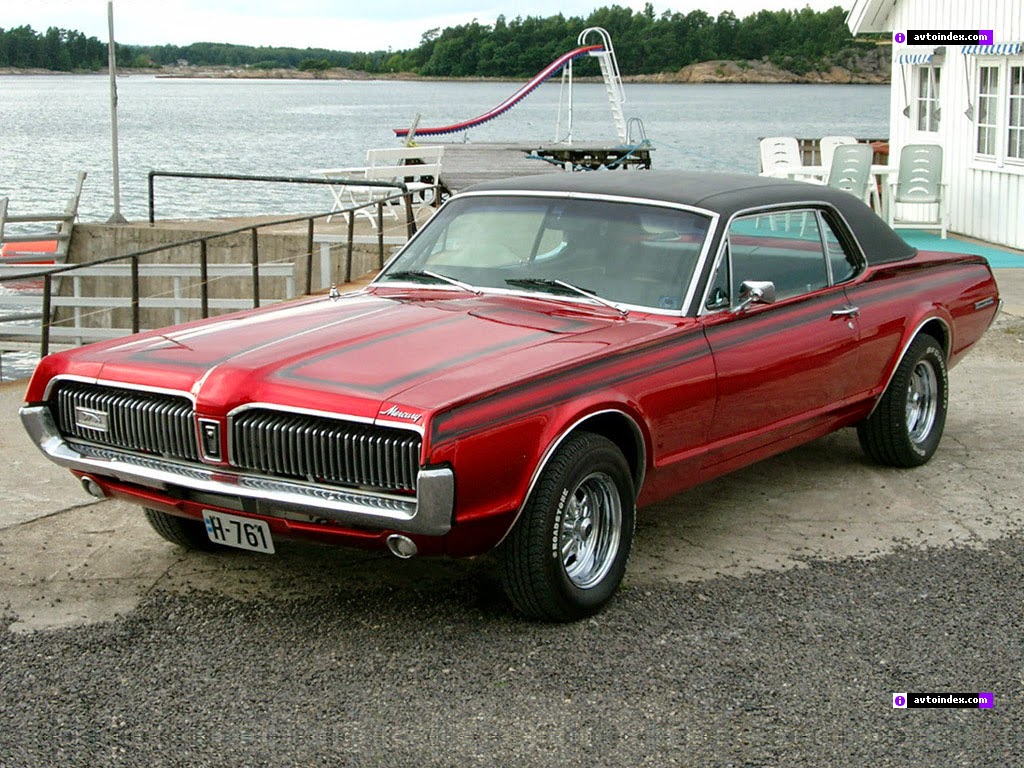 My aunt had a Mercury Cougar, and I thought they were really cool, especially the back sequential turn signals. 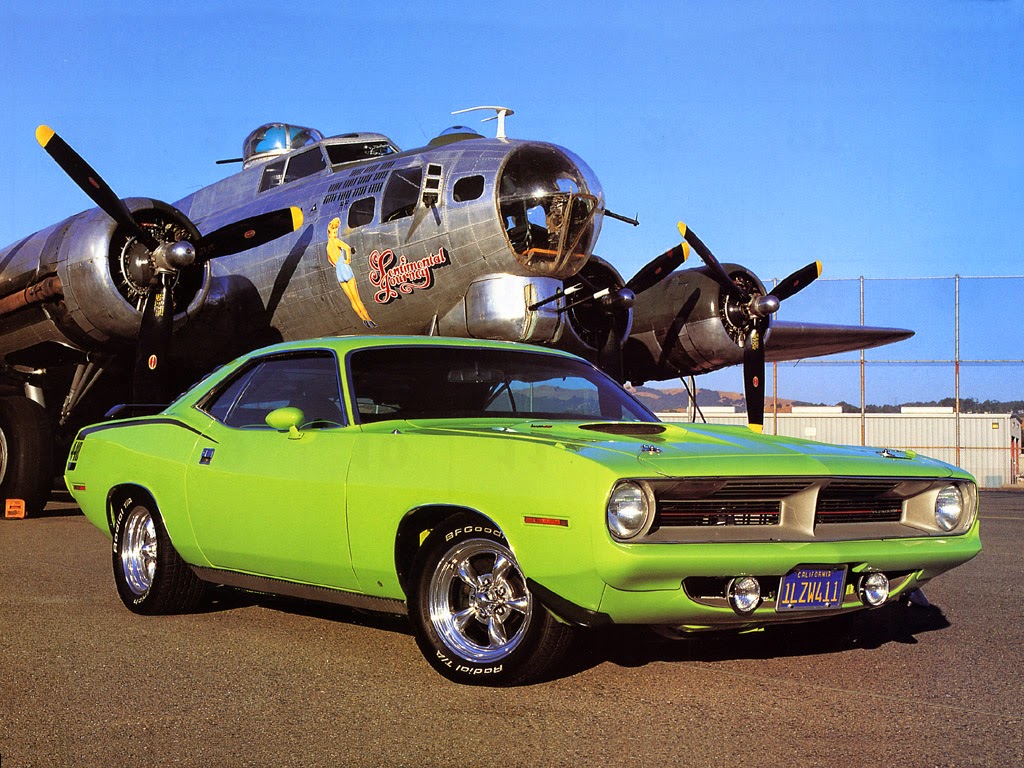 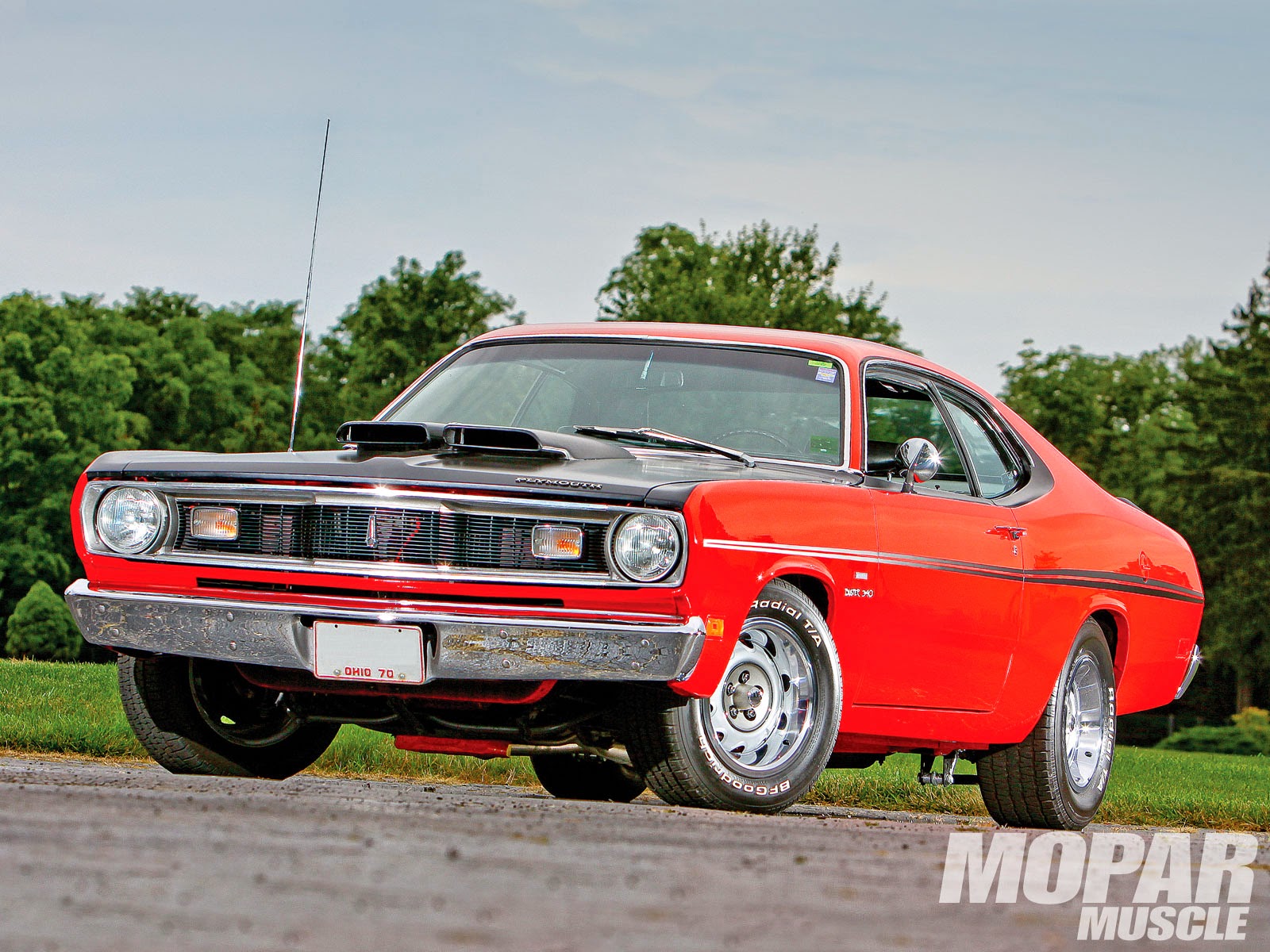 The Plymouth Dusters were another favorite.  They sure made a great police car...I had a model of a Duster police car. 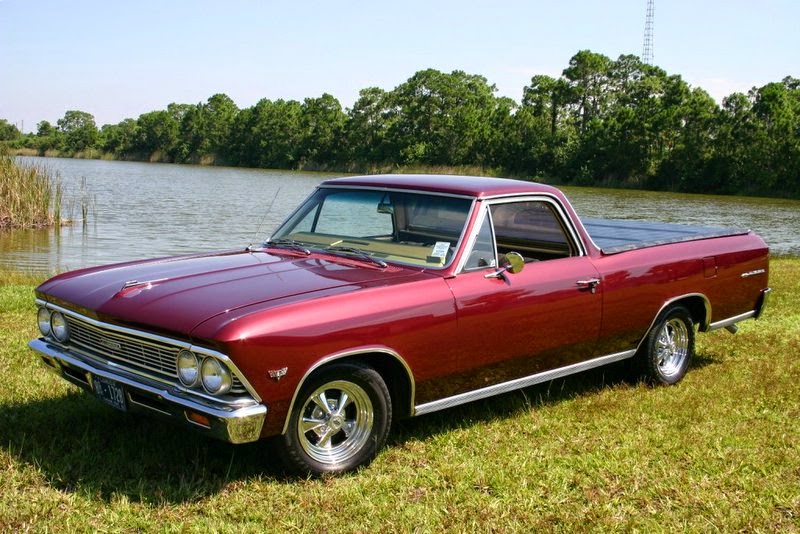 The El Caminos were unique, and that made them cool. 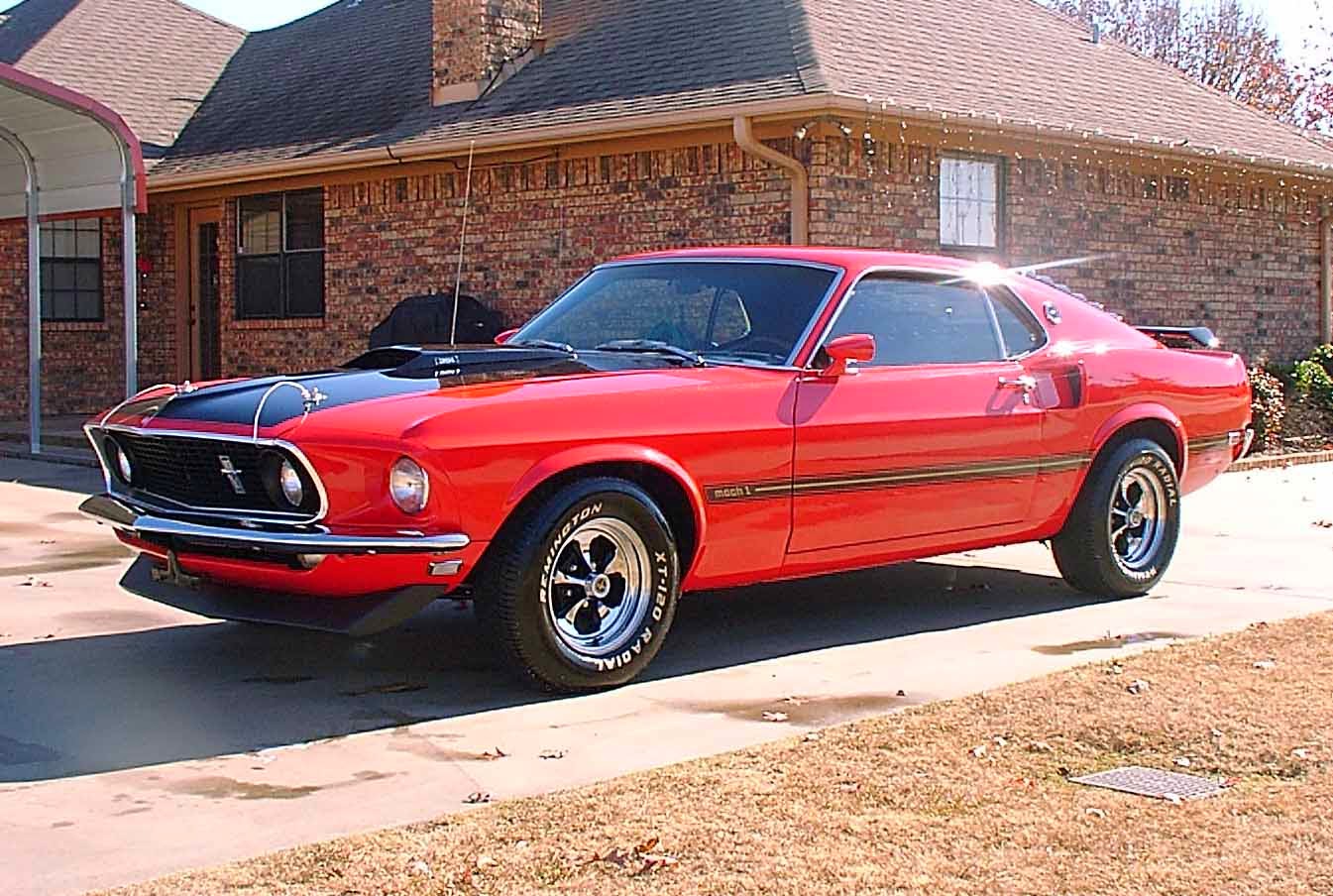 I really wasn't much of a fan of the Mustangs, but the Mach 1 was pretty cool. 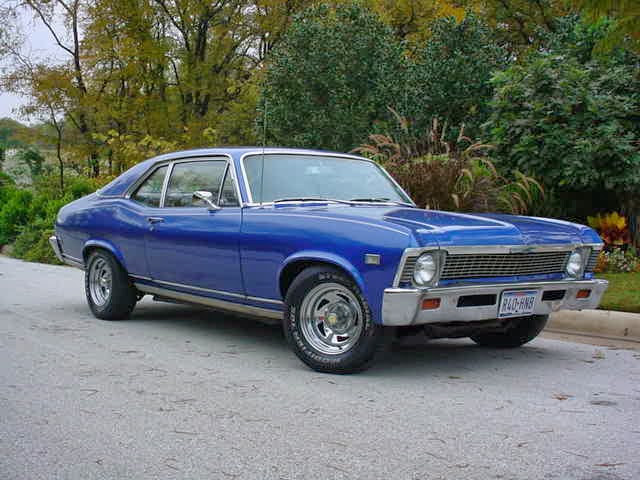 I loved the Chevy Novas.  My cousin had a souped up later model Nova that was really nice. 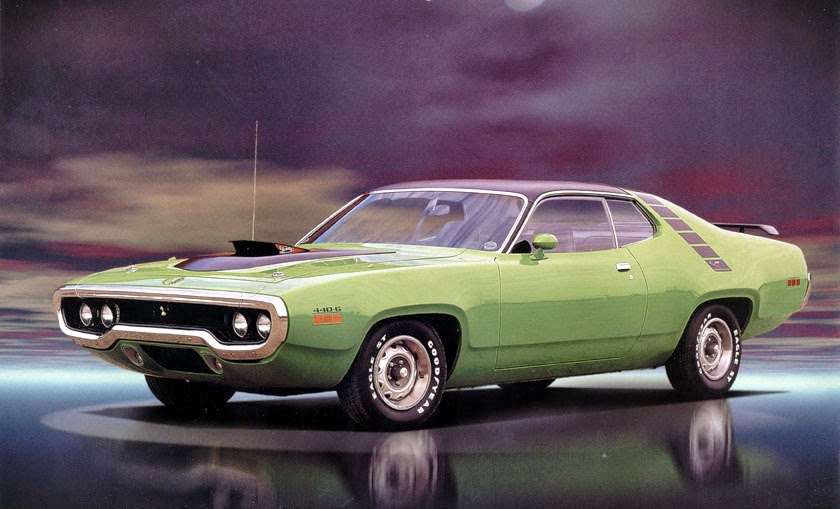 I loved the Plymouth Roadrunner.  It has a great look to it. 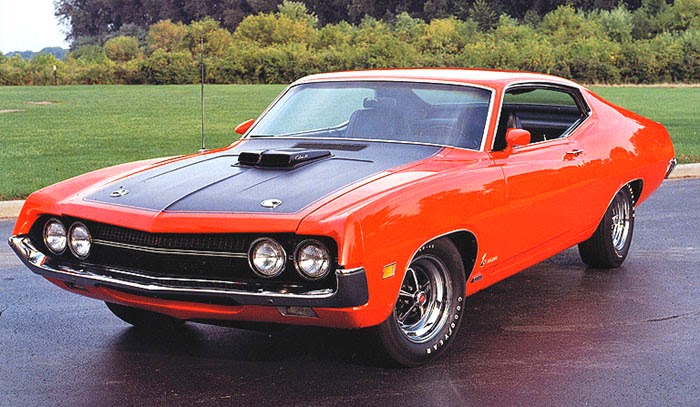 Finally, there's the Ford Torino.  I liked this body style better than the one that followed.