Scout Is Getting Old

Faithful Pup Scout had a little accident this morning.  No, not that kind.  She was headed down the stairs a little too fast, lost her balance on the first landing, then rolled down the stairs (about 12 of them) before smacking her head on a toolkit at the bottom.  She seemed to be fine, but it's another sign of her age.  It's really sad to watch a beloved pet begin to age.  It's a gradual decline, but, at least in Scout's case, it seems like it's happening very quickly. 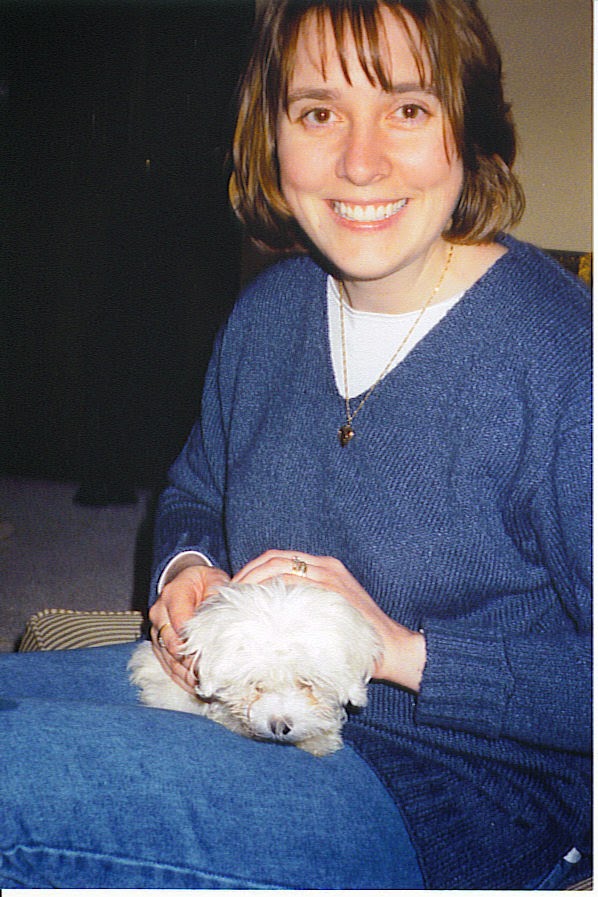 My aunt had two Maltese pups that my wife fell in love with shortly before we got married.  My aunt lived in Pittsburgh at the time.  In January 2002, she sent an email to us (we were married by this time) letting us know that the breeder who she got her pups from had a Maltese puppy for sale.  This pup was born to the same mom as my aunt's pups, though because the mother was over a certain age, the litter of one was not allowed to have "papers", and would be available for half the regular price.  Were we interested?  My wife promised me that she would take care of the pup if we got her.  I reluctantly agreed.  I was afraid that having a dog would weigh us down.  I liked the freedom we had to be able to travel, and it would be more difficult for us to get away with a dog.  But I saw how happy my wife was, and I agreed we could get her. 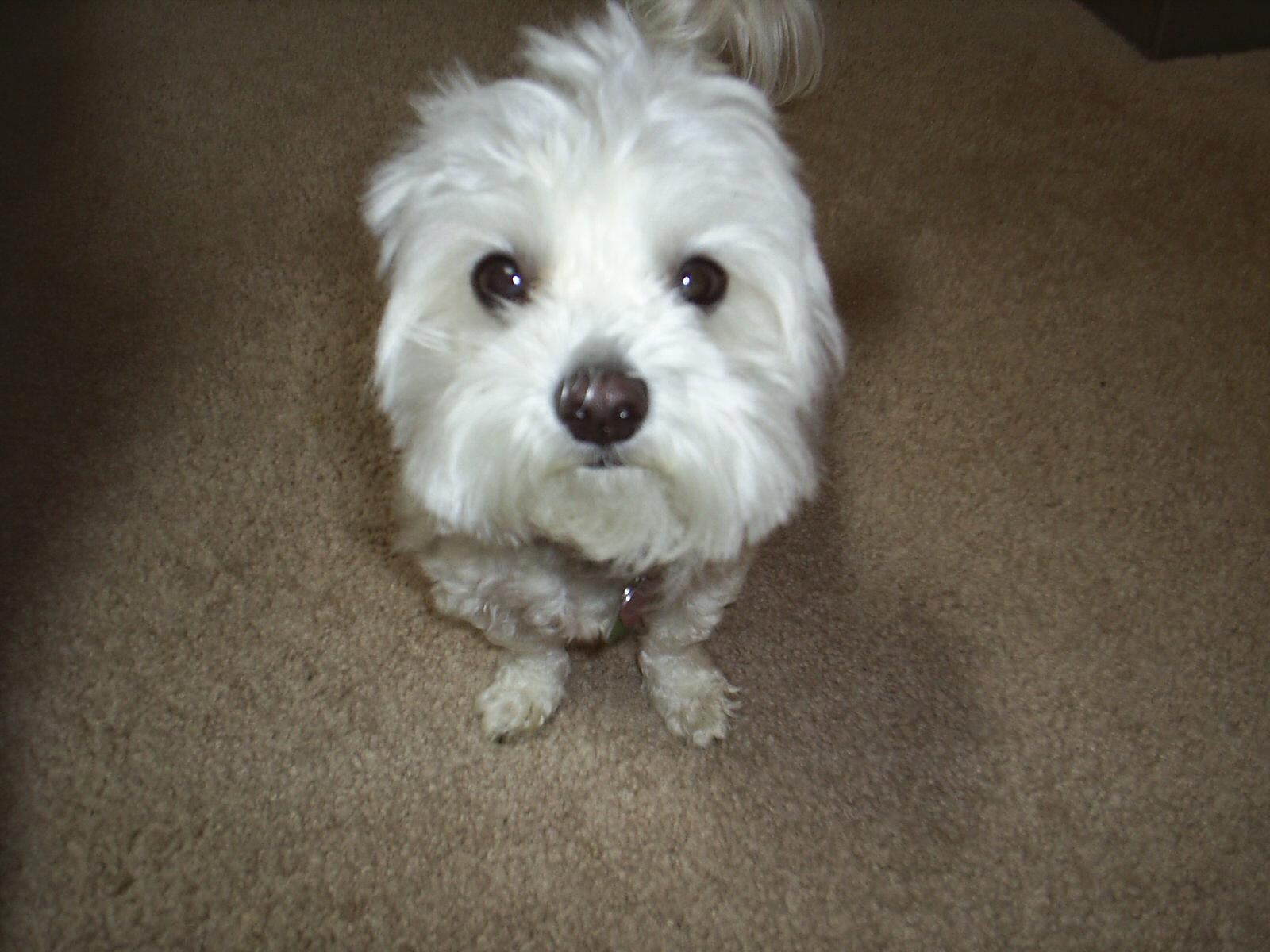 "Scout", as my wife named her (after the little girl in my wife's favorite book, "To Kill A Mockingbird"), was born on January 1, and we were able to get after she reached ten weeks old.  We made plans to go to Pittsburgh, and my aunt arranged to have the breeder come to her house to meet us.  We met Scout on March 17, St. Patrick's Day.  She was a cute little pup, filled with personality, and lots of energy.  She ran around like a little white blur, antagonizing my aunt's two pups, and getting into mischief.  After a few hours of running around, she collapsed in a restful ball of fur and napped for almost an hour. 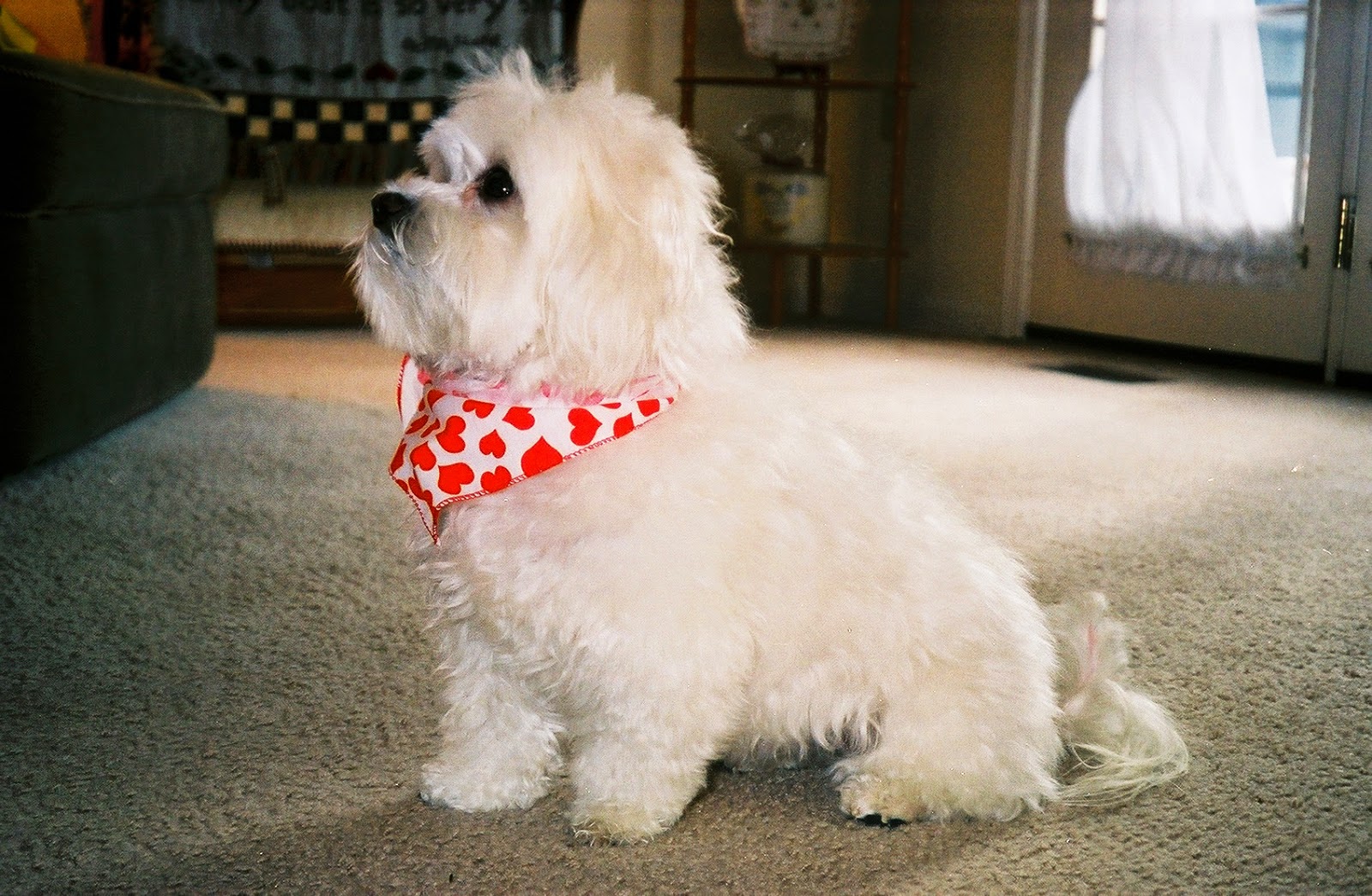 The rest of the day was more of the same.  Lots of running around, biting fingers, trying to play with the other pups (who seemed afraid of little Scout), and getting to know her new owners.  When it was time to go to sleep, we had her all set to sleep in her new crate in our room.  She kept us up most of the night, though.  She didn't like the crate, and we knew it would take a while to get her trained.

The next day, we said our goodbyes, thanked my aunt for all of her help, and we headed back to our Maryland home with our bundle of fur.  She slept most of the way home, surprisingly, and we even stopped a few times on the way.  It was snowing in the mountains, so the drive on the PA Turnpike was rough.  The trip took a lot longer than planned. 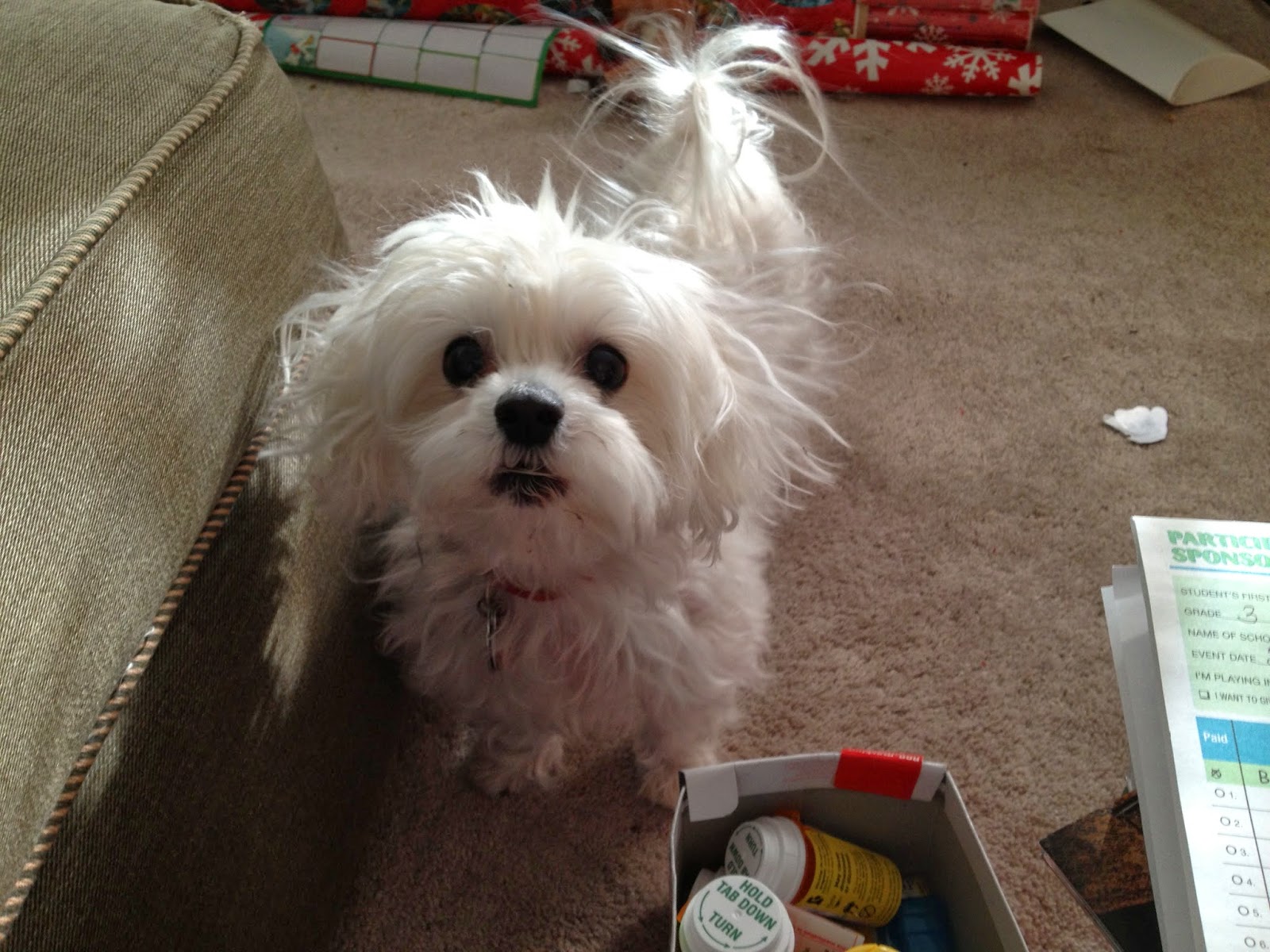 Scout ended up being a good little pup.  My wife died just over two years after we got Scout, so she ended up becoming my dog.  She was always a great watch dog, almost too good.  She barks at any noise she hears.  She's slowed down a lot in recent months, but she still seems to hear well.  I hope she lives several more years, though I also don't want her to suffer.  It's amazing the bonds that are created between man and animal.  I love the little furball more than I could've imagined. 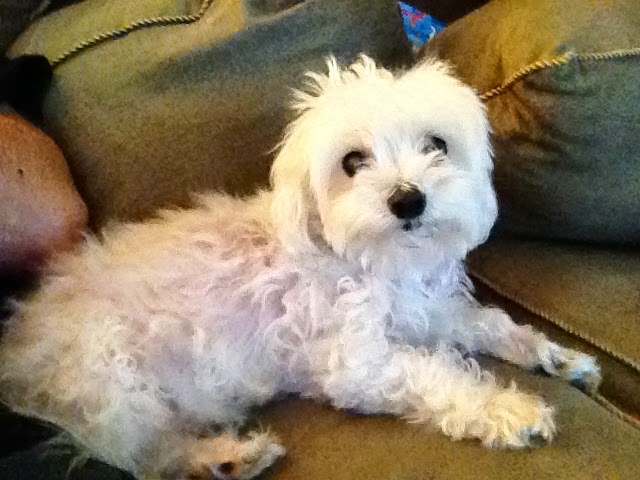