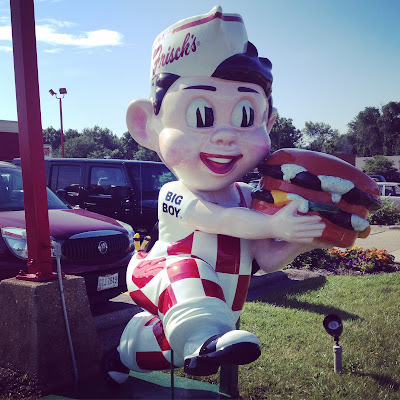 Up at 7:30.  We got ready, but didn't actually leave until almost 10.  We tried to get breakfast, but it was way too crowded and nowhere near enough food.  Bad scene, and I felt badly for the overworked young lady working all by herself to prepare food, take care of people, and clean tables.  I don't usually do this, but I complained to the woman at the front desk.  Rather than be understanding, the lady there debated me to justify their poor service:  "Well, the hotel is completely full."  It was full the day before, too, and there wasn't a problem with breakfast.  Oh, well.  We headed out and went up the road a few miles and found a Frisch's Big Boy.  Wow, was it good!  We continued down the highway and arrived in Canton, OH, at the Pro Football Hall of Fame.  It was surprisingly crowded, but really cool, too. 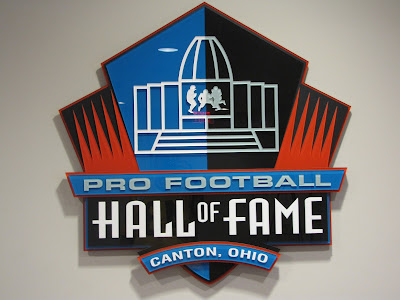 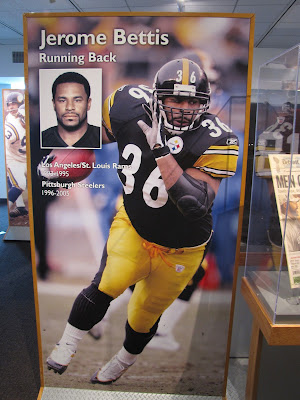 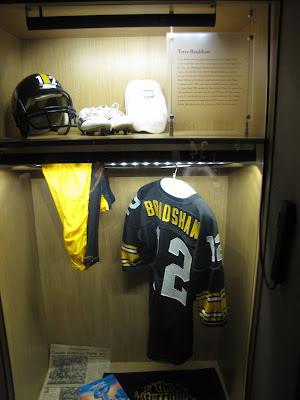 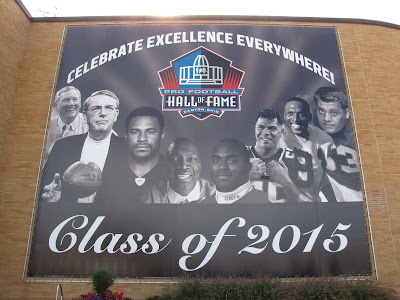 Saw all of the enshrined Pittsburgh Steelers, and watched their movie about the season last completed (which ended with the New England Patriots winning the Super Bowl).  On to Pittsburgh!  Our lousy Garmin GPS gave us a lousy route again, so it was a LONG trip to Pittsburgh.  We finally stopped for dinner just outside of the city, and another Max & Erma's, at 7:30.  We made a quick stop at Target, then, after wrestling with a major road construction project on Route 51, we arrived at our semi-uncomfortable Comfort Inn.  On to bed at 11.  Lord, Thanks!

Up at 7:30.  Sleepy Melody up a little later.  We got ready and ate, then headed out to Kennywood!  Great day at the park, even with the occasional light drizzle, and that was completely gone by 3 p.m.  We rode all of the coasters:  The Racer, Thunderbolt, Phantom's Revenge, Sky Rocket, and the Jack Rabbit.  Just a great day.  We rode lots of other rides, too, like Noah's Ark, and we played games, took pictures, at good food, and we even rode the paddle boats.  We decided to call it a day at 7:30. 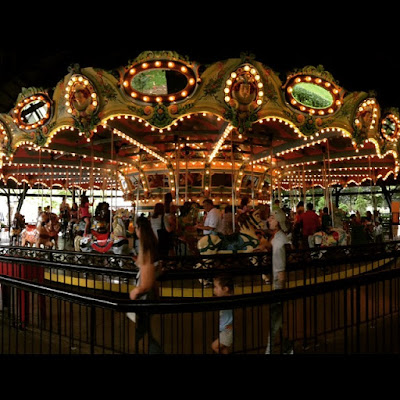 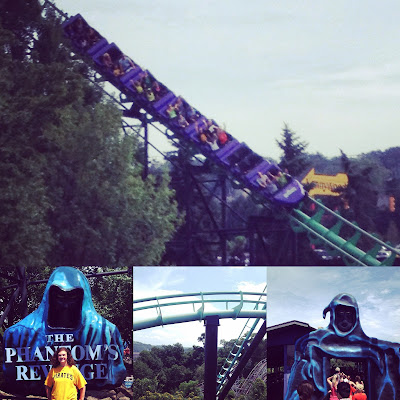 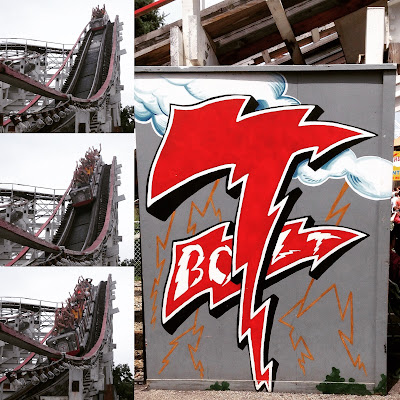 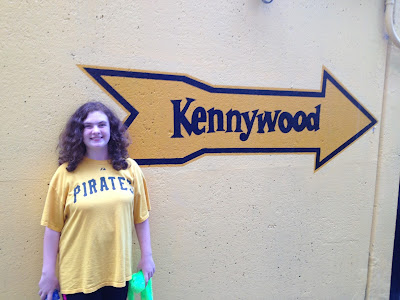 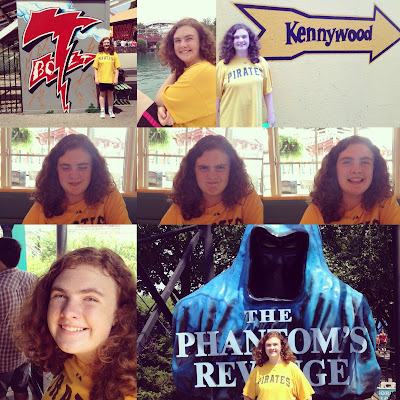 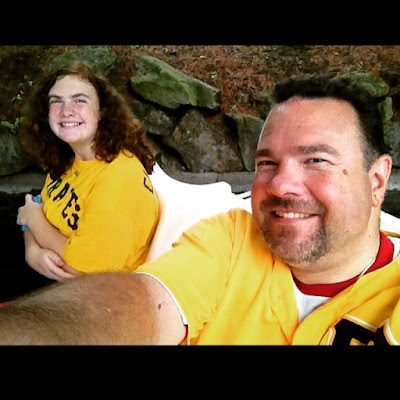 Back to hotel to turn in a little early...Hopefully we'll get some extra sleep.  We watched a little TV, read, and on to bed.  Lord, thanks!

Up at 7:30.  I got ready, but let Melody sleep a little extra.  I went down for breakfast and brought some back for Melody.  She got ready and we headed out to the Strip District.  We had a lot of fun walking around and wandering and street shopping.  It's like a big flea market.  We bought a few things. 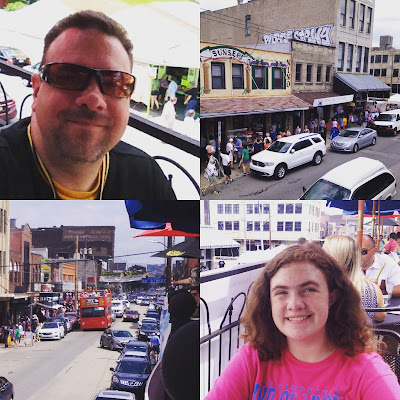 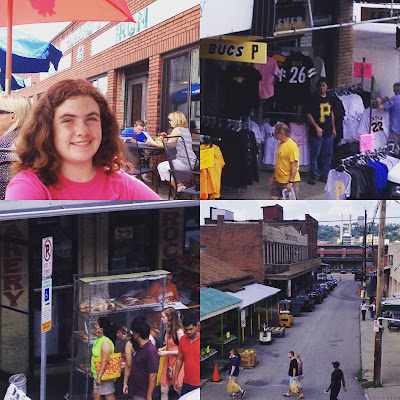 We ate out on the deck at Roland's.  I had a pizza, and Melody had a salad.  Shopped a little more, then we headed back to our hotel to regroup and cool off.  Then it was off to Station Square, and Highmark Stadium, for Dejan Kovajevic's DK On Pittsburgh Sports Lunatic Bash!  DK gave all of his followers two free tickets to the Pittsburgh Riverhounds soccer match vs. Louisville.  We also saw Meghan Klingenberg, who was honored for the Women's US National Team's win in the World Cup.  She's a Pittsburgh native.  Great time!  We left shortly after halftime, then went to get dinner at Steak N Shake in Homestead.  Stopped at Target for ice cream and a couple of games.  Back to our Comfort Inn and we crashed for the night.  Last night of the vacation! 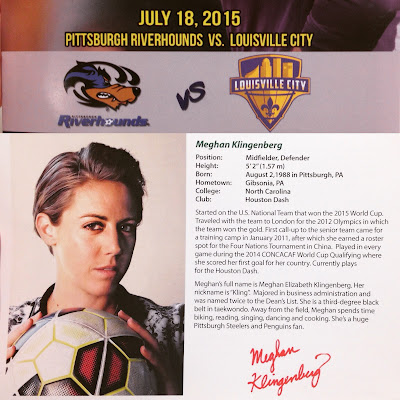 Lord, thank you for taking such great care of us and for a wonderful vacation.  Please keep us safe as we travel home!

Up at 7:30.  Packing up.  Melody got up, we checked out, and we went out to breakfast at Our Little Secret.  Really nice little shop and great breakfast.  Nice people.  Back to Station Square for a few souvenirs. 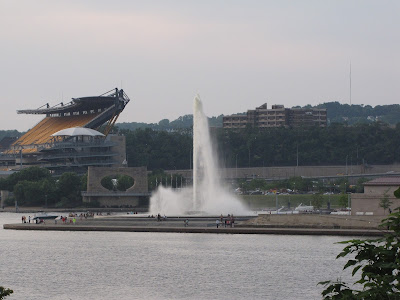 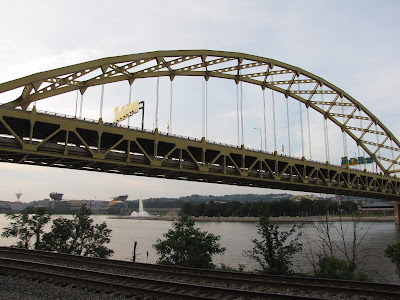 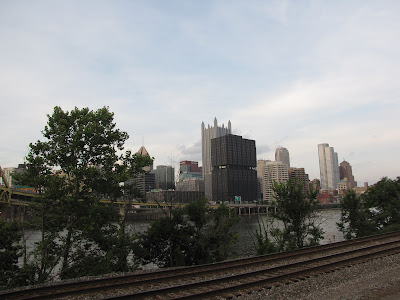 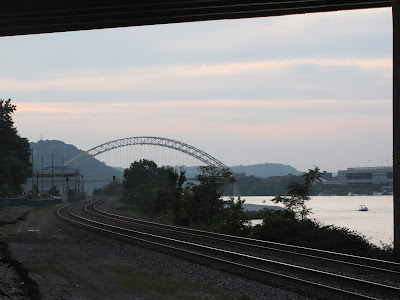 Then we began the long journey home.  Down 51 to Route 43 to Old US 40 in Brownsville.  We stopped at the cemetery there and visited my grandparent's grave site.  Continued through Uniontown and Grantsville.  Stopped at the Hilltop Fruit Market for a few things, then on to LaVale for a late lunch at Bob Evan's.  Hit some really bad traffic on 70 just past Hancock.  We took a "shortcut" through Boonsboro on Alternate 40, but got stuck behind some really slow drivers.  Back on 70 outside Frederick, and we continued to Route 32 towards home.  Stopped for a few groceries, and finally arrived at home at 7:45.  Whew!

Lord, thank you for a fantastic journey!