And Then She Was Gone...

And then she was gone.  I didn't want her to go, even though I know it's for the best.  But we've been doing so much together recently, and being without her makes me feel really alone.  I know she's going to enjoy herself, even if I can't be a part of it, and I'll just have to make the best of things.  Saying goodbye is never easy.  Thank goodness she'll be home on Friday.

Well, who did you think I was talking about? 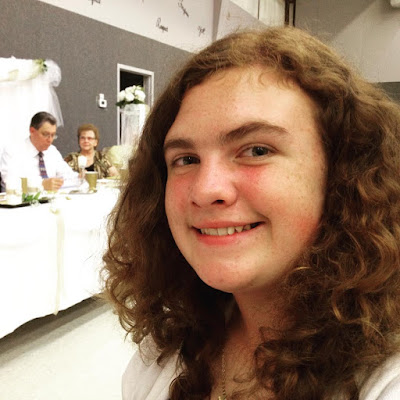 Melody, my daughter, is finished with camp for this Summer, and for the next few weeks she'll be spending her time with her grandparents, since I have to continue to work.  Then, after another short getaway for the two of us, she starts school.  And, just like that, the Summer is over.

Melody LOVED camp!  Just like last Summer, and the Summer before that, and every Summer for the past six years, Melody has enjoyed camp.  The attention she gets from young women working at the camp as counselors, who channel a love for the Lord and have so much influence on her, is a great highlight and the focus of so much of what I like about her attending camp.  Grace Community, our church, hosts the camp every Summer, and they do such a great job with it.  It doesn't seem to matter that the cast seems to change every few years, Melody makes enough connections to benefit greatly from these counselors, and they are wonderful role models to the students.

Today, though, with camp over for this Summer, I sent her to stay with her grandparents, my in-laws, and they have a lot of fun stuff planned for the next week.  I'm sure she will have a great time.  Then, after a weekend at home with me, I'll send her over to my parent's place and she'll spend the week with them.

That means I'm by myself for most of the next few weeks.  That's harder on me than you might think.  Most parents would love to have their kid(s) out of the house for a while, if for no other reason than to cut back on that feeling of responsibility and have a little freedom.  This is much like a vacation away from my daughter.  But I still miss her so much.  I don't like the solitary life like I used to.  Melody provides that shot of life that is just plain missing when she's away.  But it's good for her, and the time she spends with her grandparents is just as important.

After saying goodbye, I came home to change, then I went right back out to church.  I really love the Saturday evening service.  It's so relaxed. Pastor Rich grew up in the same hometown as my father, and so we have in common a nostalgia for that area, along with the values that seem to infuse themselves onto everyone who grew up in the Mid-West (which, to me, encompasses everything west of the Appalachians and east of the Great Plains).  We also love our sports teams in that region.  Rich gave us a great message, and I'm so appreciative of the great pastors that are blessing the congregation of Grace Community.

I decided to get a Ledo's pizza on my way home.  I have not had one in quite a while, and felt like splurging.  It was great.  After eating, and watching some TV, I found myself snoozing on the couch.  I awoke suddenly at around 11.  I was typing up this blog post, and much of the last few paragraphs were gibberish.  So, here it is Sunday morning and I'm trying to make sense of what I was writing.  Hope this is a little more entertaining.

Have a great Sunday, everyone!