Last Sunday, 8/16, was National Roller Coaster Day, and my beautiful daughter, Melody, and I celebrated the day in style.  There was no possible way that we could let that day go by without a trip to an amusement park.  After a good part of the day at Water Country USA, a water park, something we don't often do, we headed over to our favorite park, Busch Gardens, in Williamsburg, VA.  We rode not one, not two, not three, not four, but FIVE different roller coasters:  The Loch Ness Monster, The Griffon, Alpengeist, Verbolten, and Apollo's Chariot.  We would've had six coasters, but the park's newest one, Tempesto, but being a tempestuous, and due to technical issues, we were not able to ride it this night. 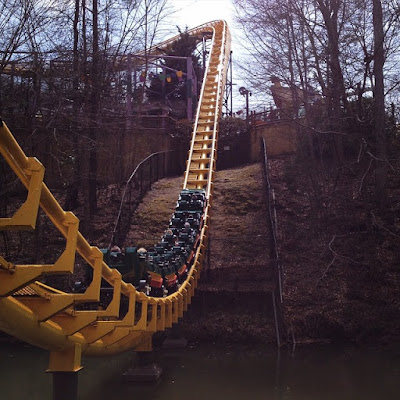 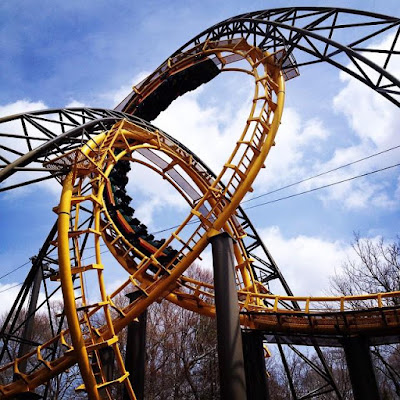 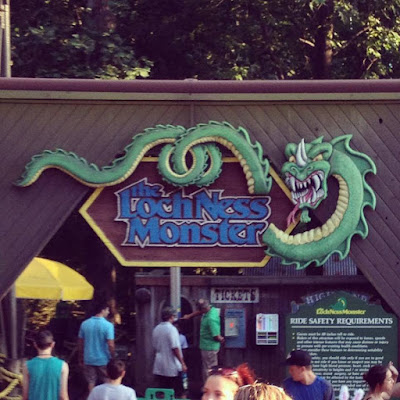 Busch Gardens is easily our favorite amusement park, a place I've visited often since 1979 at the age of 10.  I didn't ride the "big" coaster then, Nessie, since it was just too scary looking.  It had a unique design, with interlocking loops as its centerpiece, and a 114-foot drop.  At the time it opened in May 1978, it was the tallest and fastest coaster in the world.

In 1979, my favorite ride at the park was a smaller coaster, called the Glissade, which was fairly tame compared to Nessie.  But it was a lot of fun, and I rode the Glissade 9 times in a row at one point.  We had a great time at Busch Gardens, and at the time, we had no idea that we would come back to the park almost every year since.  It was only a year later that I finally rode the Loch Ness Monster, and it has been one of my favorite roller coasters ever since.

BG isn't quite the same as many other parks, in that the focus isn't on the roller coasters, like the Six Flags parks, or Cedar Point, in Sandusky, OH, which is known in fan circles as the roller coaster capital of the world (and is home to my own #1 ranked roller coaster, the incomparable Millennium Force).  BG is a theme park, celebrating the look and culture of Europe, with representations of England, Scotland, Ireland, France, New France (Canada), Germany, and Italy.  The food is wonderful, and the park gets awards for its beauty year after year.

The park does, indeed, have some world-class coasters.  It also had a couple of memorable coasters no longer at the park.  In 1984, BG added the Big Bad Wolf.  This was a very unique coaster in that it was one of the first suspended roller coaster, with the coaster cars riding below the track.  It quickly became a family favorite.  In fact, it's the only coaster that my mother would ride...willingly!  I'm very happy that Melody was able to ride it before they dismantled it in 2009.

Another favorite, coming in the early '90s, was Drachen Fire!  This was a wild "traditional" steel coaster that had all of the bells and whistles that were popular at the time.  However, it was deemed too rough, and after only a few years, it was shutdown.  It stood at the park for a few more years before it was dismantled.  It's really a shame, since I loved it, but I guess there were just too many complaints for it to remain.

Later came Alpengeist, the tallest (until last year) inverted coaster in the world, in 1997.  It was another wild ride, and, personally, the inverted coasters are not a whole lot of fun.  They tend to be designed to shake you up and throw you around until you want to throw up.  I never really cared for these types of coasters, though they still are fun. 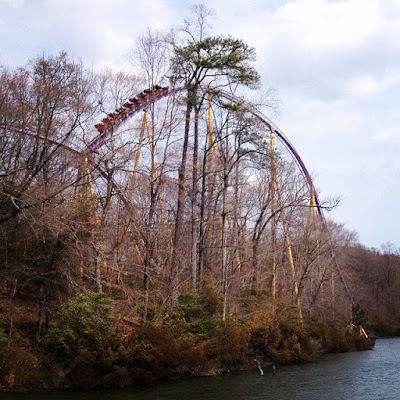 In 1999 came Apollo's Chariot, which remains in my top 5 roller coaster rankings.  It's termed a hyper coaster, meaning it has drops over 200 feet, and this ride gets some serious air-time.  Riding in the front is particularly exhilarating, and the first and third drops are incredible.  This is a world-class ride. 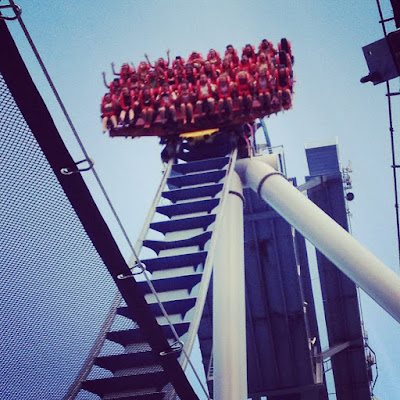 In 2007, the park introduced The Griffon, a dive coaster.  At the time, it was the tallest and fastest in the world, with a first drop of 205 feet, and it stops just as it begins to fall at the very top of the first drop. On top of all of this, it is floorless! 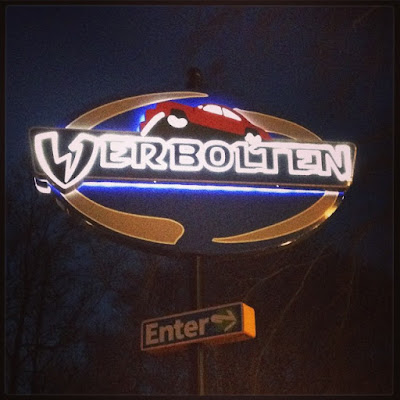 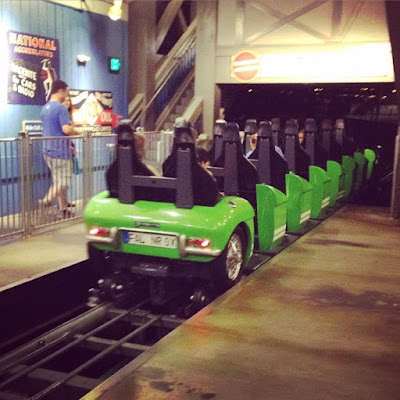 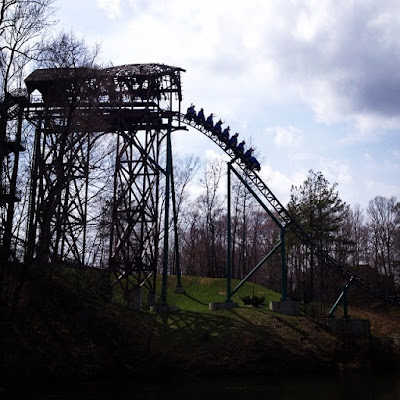 After dismantling the Big Bad Wolf, the park was quick to replace it with a rather exciting if not overwhelming "family" coaster, called Verbolten.  It features an indoor portion, a stop inside where the track drops unexpectedly, and it has a drop to the Rhine River at the end that it borrows from the Big Bad Wolf.  It's a really fun ride. 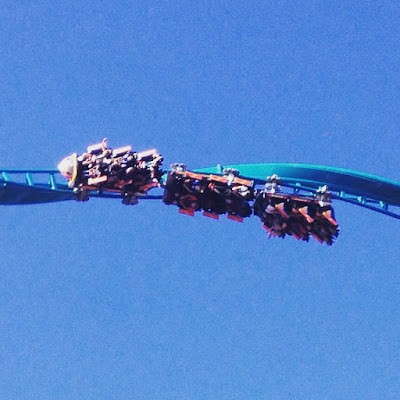 Finally, this year the park added Tempesto, which is by far the shortest coaster in the park, but provides plenty of excitement.  A picture is worth a thousand words... 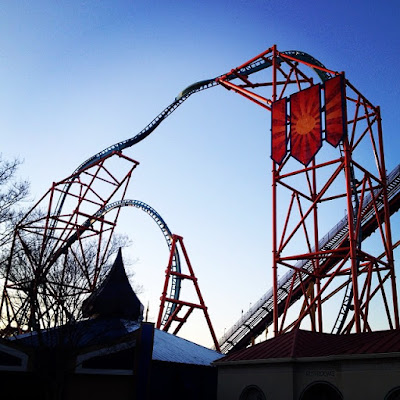 We had a great time at Busch Gardens, and we look forward to returning in the Fall for Howl-o-scream.