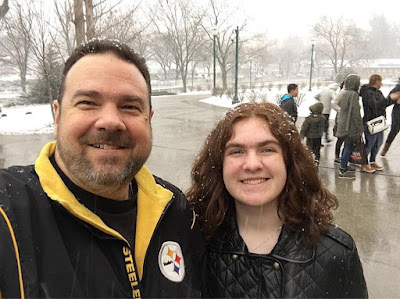 My daughter, Melody, and I started an annual President's Day Weekend tradition several years ago by going snow tubing.  Early on, additional family members joined us, like my parents.  But over the past few years, it's usually just the two of us.

This year, the weather wasn't looking very good.  We had above-average temperatures leading up to the weekend, which always results in slow speeds on the slopes, and with rain forecast for the entire area on Friday, we knew our best bet would be to go deeper into the mountains in hopes of snow.  Seven Springs, in Pennsylvania, was just what the doctor ordered.  Snow was forecast for Friday, so that's where we planned to go.

We were up early on Friday morning, packed and ready to go, with breakfast at our local Chick-Fil-A for our first stop.  Then it was a three hour drive into western Maryland.  It rained steadily the whole way.  We made a quick pit stop at one of our favorite shops, the Hilltop Fruit Market, in Grantsville, MD.  We loaded up on goodies and snacks.  Then we headed north into PA.

We arrived at Seven Springs with rain coming down in buckets.  While there were many cars parked near the lodge, there were none at the snow tubing area.  It looked deserted, in fact.  It appeared that our plan to head for colder climates didn't work out.  With the soggy conditions, we weren't going to be able to go tubing, and our 3 hour drive was for nought.

We decided to adjust our plans, and we headed to Somerset, PA, for lunch.  We chose Hoss's, and we had a nice soup and salad lunch.  We figured to head back to Gettysburg, where we already had a hotel reservation, and then consider whether to go to Ski Liberty to go tubing in the evening.

We headed east on the PA Turnpike to Breezewood, then took the Lincoln Highway all the way in to Gettysburg.  We found our hotel, and basically collapsed.  Six hours of driving had worn me out.  We decided to find a pizza carryout place and eat in our hotel room.  Melody grabbed a shower, and we considered going to the movies to see the new Black Panther movie.  Unfortunately, tickets were sold out, since it was opening day, and we instead just crashed for the night. 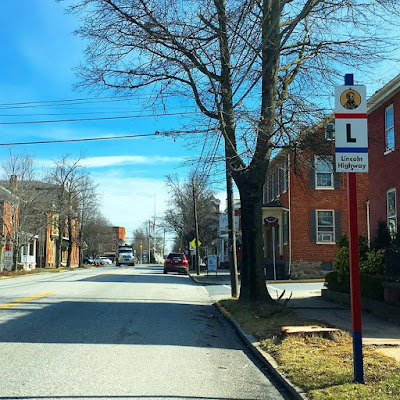 So far, none of our plans had worked out, and all we did was wear ourselves out.  We had a reservation the next night in Hershey.  The weather forecast for Saturday was a concern.  We were due to get hit by a snowstorm by afternoon, and it was scheduled to continue all evening.

We didn't get up very early on Saturday morning, so we had a late start.  Rather than do anything touristy in Gettysburg, we elected to go to Lancaster, instead, and stop at our usual haunts, then drive to Hershey by the time the snow was scheduled to begin falling.

It was actually a very nice day.  Still cold, but sunny and clear.  We took the Lincoln Highway all the way over to Lancaster, and made a few stops.  We had a great lunch at Miller's Restaurant, then headed north towards Hershey.  Sure enough, as we entered Chocolate World, the snow was coming down hard.  My daughter and I were really happy.  It was the most snow we've seen all winter. 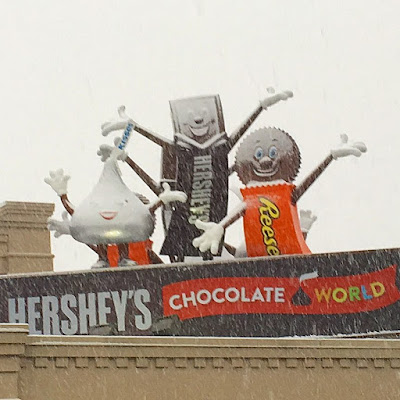 Chocolate World was fun, but a bit crowded, though it was clear the snow had many people worried.  We did some shopping, getting stuff for the folks at home, then we figured we should go check in at our hotel.  But first, we decided to try again with the BLACK PANTHER, so we went to a nearby movie theater to purchase tickets for the 7:45pm show.  It was about 5pm at the time.

Our hotel was about 20 minutes away.  The snow was coming down really hard, and the roads were pretty bad.  We saw one stretch of road where several cars couldn't make it up a hill.  We were 4-wheeling it in our Jeep, so we didn't have a problem, but it was slow-going. 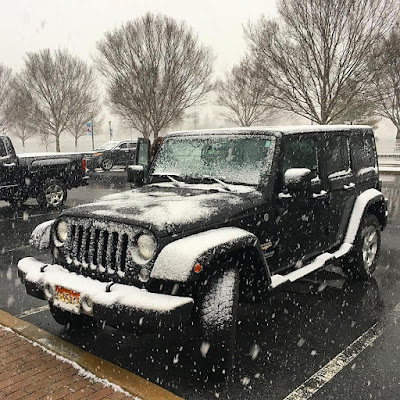 It was dark by the time we arrived at the hotel.  We quickly unpacked, then headed right back out to get dinner.  Again, it was very slow-going.  The roads were terrible, and it was still snowing hard.  We went to Red Robin for dinner, then drove to the theater.  There was a sign on the door saying that all movie showings from 8pm and later were cancelled due to the weather.  We were glad we bought tickets for the 7:45pm show. 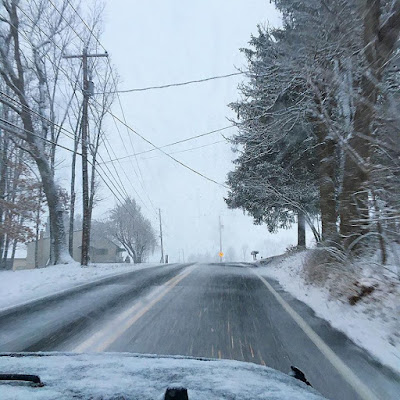 It had stopped snowing by the time we walked out of the theater.  We were also the last ones out.  In fact, the lights were off in the lobby and we never saw any of the employees.  The roads were much better than earlier that evening, and we had no problem getting back to the hotel.  We were tired and we went right to sleep.

Sunday morning was very relaxing.  Our plan for the day was to go snow tubing that afternoon before heading home.  We slowly got ready, then checked out and went to breakfast at one of our favorite places:  The Soda Jerk Diner, in Hummelstown, PA. 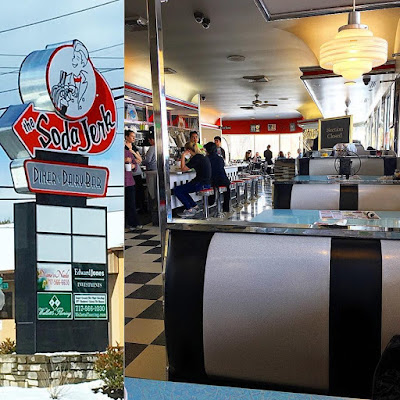 We made another stop at Chocolate World for a ride through the chocolate factory, then we left Hershey and headed to Roundtop, a ski resort about an hour away.  We arrived at Roundtop to find huge crowds.  It was so crowded, there was no parking available.  While most seemed to be at the ski resort, the snow tubing area was just as crowded.  We decided that we didn't want to fight the crowds, and we figured, if we waited awhile, maybe we could go to Ski Liberty and the crowds would diminish.

We drove to Gettysburg and stopped at the Outlets.  Neither of us were feeling very well by this time.  We walked around a bit, but decided to just go home.  It was dark by the time we got there.

Our weekend was nothing like we had planned, and it seemed like we didn't do anything we really wanted to do.  It was still nice to get away, but we'll have to go back on a different weekend to go snow tubing.

Have a great day, everyone.