Tonight we're watching a little must-see TV on a sleepy, storm Thursday evening in suburbia!  First up is Game 5 of the Pittsburgh Penguins-New York Islanders NHL Stanley Cup Playoffs series.  The Penguins are currently up 2 games to 2, so tonight's game is key to possibly taking charge of the series.  The game is being played in the Burgh, and the fans are going crazy, with the Pens up 2-0 in the 1st period.  Pens goalie Marc-Andre Fleury, who got plenty beat-up in Game 4, has been replaced by Tomas Vokoun, and he may be the difference maker tonight. 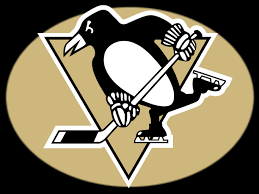 Unfortunately, I'm just a bit sleepy this evening and I fell asleep just after the puck dropped, but not before catching last week's Swamp People.  In this truly exciting episode, Troy Landry and his sons race to get the gators that they may have already caught on 16 lines that are within an area where a massive sinkhole has been discovered overnight.  The King of the Swamp ends up catching almost a dozen big gators for a huge payday.  In the meantime, Liz and her daughter catch the biggest gator of the season so far, a 13 foot Goliath that becomes almost impossible to get into the boat.  Liz recently had gall bladder surgery and can't lift anything greater than 20 pounds, and she didn't bring the boat with the winch, so her 100 pound daughter is forced to lift the 900 pound gator into the boat.  However, just to add to the drama, there's a storm brewing and lightning strikes getting closer, and with them sitting in an aluminum boat in the middle of a treeless swamp, they're about to get French Fried.  The episode has a happy ending, though, as they get the gator and race back to shore, dodging raindrops all the way home.  Whew!

Next up, while I've been napping and not able to guard the remote, Miss Daughter has come in from playing outside and changes the channel to the exciting season premiere of WIPEOUT!  And guess who's back?!?  It's gorgeously lovely and beautiful Jill Wagner!  Not sure if it was the sound of the really and truly not very smart contestants smacking into the big balls, or the wonderfully fit and awesome Jill cheering them on in her tank top with zipper (zipper?!?), but I am now wide awake.  I can't help but wonder if Jill ran into money trouble and had to come back, or she really enjoys co-hosting this show, but she may be the only thing worth watching, since the contestants really aren't very smart.  What a show.

Back to the game, it is now deep into the game with the Pens up 3-0!  I really hope that's enough of a lead for the Pens to hang on for the win.  And now it's 4-0!!!  The Penguins win and take the 3-2 series lead!  Looks like a great night of TV!  Good night, everybody!