I love the videos Kerri Sparling, a type 1 diabetes advocate that I follow, posts on her website/blog.  She has a wonderful sense of humor about her that reminds me so much of my wife's, and I'm glad she is willing to share so much about herself.  Her site is also very informative about living with type 1 diabetes.  I've found that I have a lot influences on my writing, and I read a LOT of different blogs, many of them linked to my own blog, because I think, if you're going to write, you have to read, too, and her blog is one that I read everyday.  Anyway, I just caught her Halloween post, and it really amused me, so I'm sharing the link to it HERE.  Check it out!

If you're following me on Facebook (HERE), you may have already read the following, but I wanted to reproduce it here.

Faithful Pup Scout was sleeping soundly (with snoring) by my side on the couch, and I needed to use the bathroom, so I casually hopped up off the couch and went upstairs. Within minutes, Scout began barking. It slowly increased in volume and frequency until it became extremely annoying. 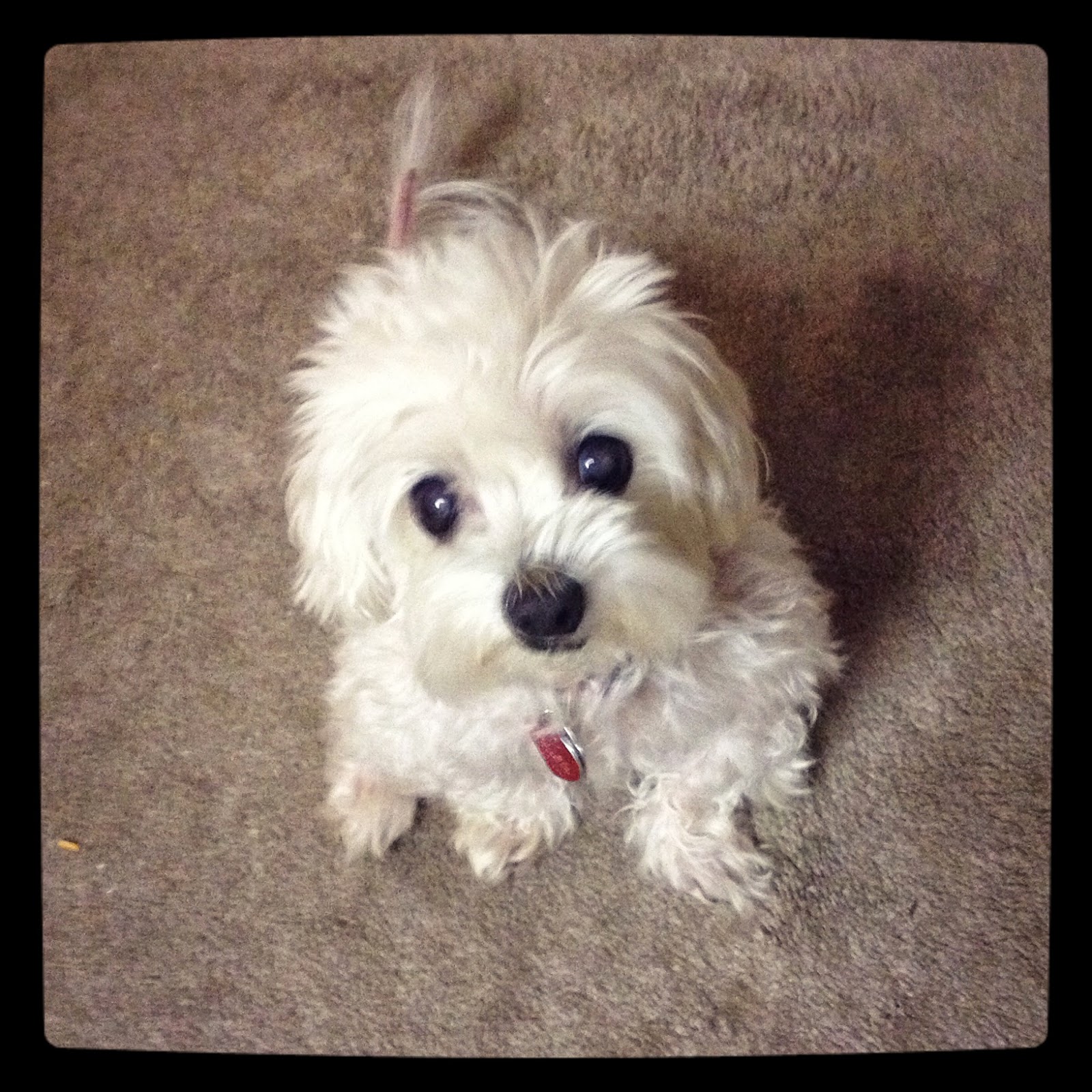 You see, at 12 years, Scout has been aging very gracefully, as much as dogs can do, and she no longer will hop off of the couch, or any furniture higher than 2 feet high. Her eyesight is suspect, and her hearing is not very good. A walk is now one rotation around the front yard. She is very content to just sit around and nap, as long as there's someone sitting with her. As soon as she's alone, she gets paranoid, and begins "calling" for someone to come and get her.

So my shouts to Scout from the bathroom to quiet down, that I would be there soon, were not heard from my partially deaf pup, and her barks soon took on the air of panic. I quickly washed up and rushed back downstairs. She was standing on the edge of the ottoman next to the couch, anxious and attempting to try to convince herself to jump, but her body not wanting to follow through. I called her name, and as soon as she saw me, her demeanor changed. She looked relieved, her ears went back, her tail wagged, and as I approached the couch and sat down, she practically jumped into my lap and arms, licking my hands and expressing excitement to see me. It was, to me, the ultimate expression of the love a dog has towards her "people". I kid about Scout being this little girly dog, who my wife wanted much more than me, but she is completely MY dog. And that's why dogs are a man's best friend. 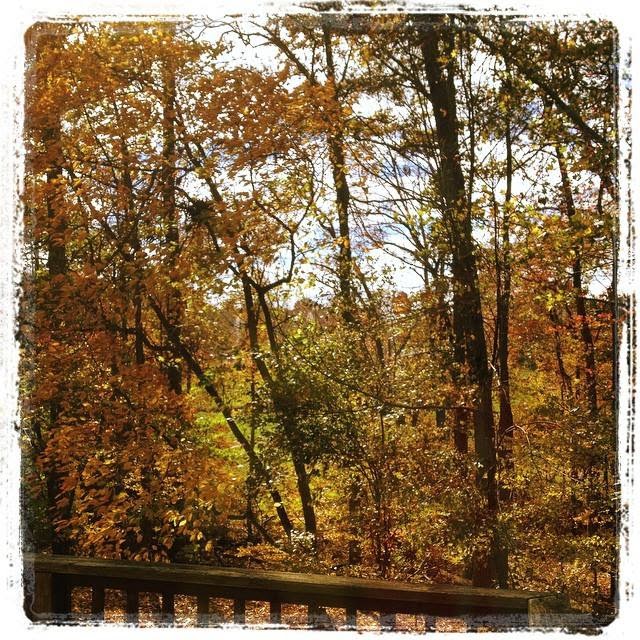 I'm watching out the window of my living room sipping on my coffee as the wind blows, the leaves fly around, and there's a chill in the air... I love this!  Fall is awesome!

Following church last night, my daughter and I ordered a couple of pizzas from little Ledo's Station House in Fulton, MD, our favorite place to get Ledo Pizza outside of the original.  We were headed over to my in-laws place where my daughter would be staying for the next several days. I got a large with extra cheese, and a 2nd large with mushrooms, green peppers, and pepperoni. Unfortunately, the young lady taking my order was having trouble deciphering what I was saying, and kept wrongly repeating my order.  She kept substituting onions instead of mushrooms.  I had to repeat the order four times.  She finally repeated exactly what I said after the fourth time, and I figured we were good to go.  After a wonderful message from our Pastor, Mark Norman (check out Grace Community Church!), which was about family and focused on orphans (for Maryland Orphan Sunday, Luke 18:15-17), and walking through all of the exhibits throughout the lobby, we headed over to Station House to get our pizzas.

Station House is just under a mile from the church.  I went in and paid, and was told the second pizza was on its way out of the oven.  As I stood waiting, the young lady cutting the pizza and placing them in the boxes asked me if I or my family liked onions.  I said I could take them or leave them.  She said they mistakenly made a large pizza with ONIONS, green peppers, and pepperoni that they were going to just throw out, but I could have it, no charge, if I wanted it.  I chuckled, knowing that the young lady I gave my order to over the phone didn't get it quite right, but I was glad they caught it, even if they had to make one wrong pizza.  I told her that, if they didn't have anyone else more in need, I'd take it.  She confirmed it was going to be trashed if I didn't take it, so we got three pizzas for the price of two.  While that combination of toppings isn't my favorite, I knew we could make it work.  So I'm going to freeze it, and the pizza will find a good home with my parents.

I found myself watching much of the Broncos-Patriots game, mostly hoping that it would snow.  Football in the snow is awesome!  I always root for Peyton Manning over Tom Brady.  Manning is a little more likable, I guess.  That said, it's Brady who I pray for the most.  I remember seeing an interview Brady did on 60 MINUTES back in 2005.  In it, he said the following:  "Why do I have three Super Bowl rings and still think there's something greater out there for me?  I mean, maybe a lot of people would say, 'Hey man, this is what is.'  I reached my goal, my dream, my life.  Me, I think, 'God, it's got to be more than this.'  I mean this isn't, this can't be what it's all cracked up to be."

I think that's sad.  I know what he's missing.  And, maybe, in the time since he gave this interview, he's found it.  I don't know.  I just pray he's found that only Jesus can fill that wanting.

All right, it's almost time for Steelers-Ravens II.  Have a great evening, everyone!<><