Breaking In The Appliances

I'm feeling rather odd this evening.  My daughter, Melody, was invited by a school friend to a sleepover, and I watched her leave with the young girl and her mother earlier this afternoon.  This is only Melody's second sleepover, and while the first was two houses down from ours, tonight she is in Virginia at their new home, where her friend is moving after the school year ends.  Melody was excited and anxious to go, while I questioned her repeatedly all week as to whether she really wanted to go.  It's hard to let go.  I'm sure she'll be fine and have a great time, and I'll pick her up tomorrow afternoon.

In the meantime, what am I going to do?  I thought about going to the movies.  There are a few out now that I want to see, but I will not take my daughter to see.  That was my plan.  The movie is scheduled to start at 10 p.m.  And here I am, still sitting on the couch, half asleep.  I'm getting old much too fast...  I will not be seeing the movie tonight.  Instead, I will be sleeping soundly in my bed...or perhaps right here on the couch halfway through my typing this post. 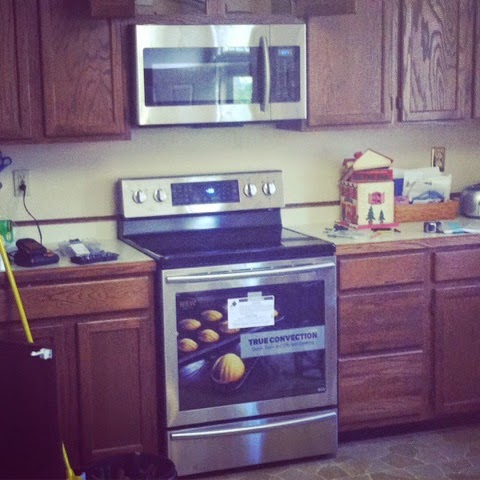 My new kitchen appliances arrived this week.  It's hard to get too excited.  Appliances just don't get me excited.  My father came over to watch over the delivery of everything, and as I noted previously, they arrived on two different trucks with two different crews.  The dishwasher, range, and microwave came in the early afternoon, and there were no complications.  My father was impressed with how capable they two gentlemen were who installed them all.  They work flawlessly.  I arrived at home at 4 p.m.  The gentlemen bringing the refrigerator said they would be about 45 minutes later than their scheduled "2 to 4 p.m. window."  Dad went home.  We waited.  And we waited.  They finally called at 6:40 and said they would arrive about 20 minutes later, which they did.  They apologized, claimed their dispatch gave them a ridiculous route for the day, and said they still had three more refrigerators to deliver after mine.  I didn't yell at them, but I was sure disappointed.  Melody and I had not eaten dinner yet, and we actually had planned to go to the movies that evening since she had no homework, and we both wanted to see the new Avengers movie.  So much for that plan.  Anyway, the guys were in and out in about 20 minutes, and everything was fine.  Melody and I quickly ran out to the store and got some dinner. 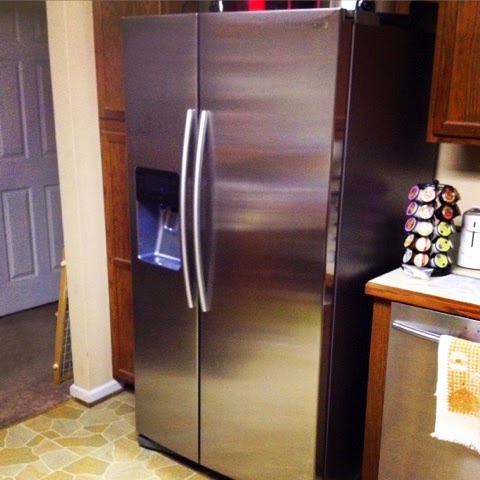 The refrigerator is my favorite of my new appliances.  I guess that's because I will get the most use out of it.  I hate to cook, so the oven is more or less a luxury.  The dishwasher, too, is a bit of a luxury, since I haven't had a dishwasher that worked for much of the last year, and I kind of got used to using paper plates and cups.  The microwave will get a lot of use, but, let's face it...microwaves don't get the same level of respect that the other, more traditional, appliances seem to get.  I can only imagine how jealous the microwave is of the range, its much larger and seemingly much more important sibling.  But the fridge speaks to me.  It's the epitome of masculinity, much like the outdoor grill (the manly version of the indoor range).  The fridge takes care of beverages and leftovers, as well as meats and cheese and ice cream.  It's pretty awesome.

I used the oven for the first time this evening, to heat up some leftovers.  Yeah, I know, I could've used the microwave, but the oven provides much more even cooking, and I felt an obligation, after spending so much money on this thing, to actually use it.

I wanted to run my dishwasher, but my sister, who comes over to my house each weekday morning, is still programmed to hand wash all of the dishes in the sink, so I don't have any dirty dishes to place in the dishwasher.

The only real issue I have with my new appliances is something that I predicted would be an issue for me:  they're stainless steel.  And, if you have stainless steel appliances, you already know how ridiculously hard it is to keep them clean.  After two days, I'm already fed up.