The bike keeps falling over, but I'm still getting right back on it...

My wonderful daughter continues to amaze me.  Melody, as a part of her social studies grade, participated in the simulated Congressional Hearing that took place at school today.  She was a part of a group of five students who spoke on an issue in front of three judges, who then reviewed their performance.  Melody did a fantastic job speaking about freedom of expression, and she received great feedback from the judges afterward.  I was really proud of her.  This is the second time in a week that she has performed under what I would call stressful circumstances and delivered.  I love this girl! 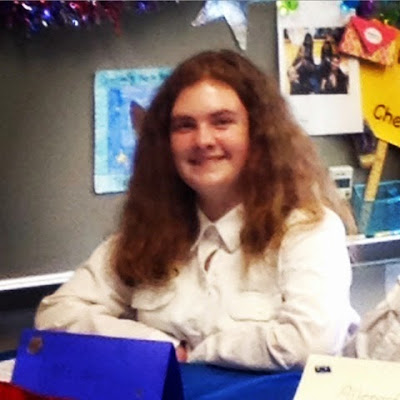 A few evenings ago, I took Faithful Pup Scout out back to do her business, and I found myself pulling weeds out of the garden.  There were a few old dead leaves there, too, and when I went to grab them, they started to move.  Out from under them came a small snake!  It was about a foot and a half long, pencil thin, but it was a snake!  I hate snakes.  I'm sorry if you're someone who likes snakes.  Really, I am.  I about jumped out of my shoes as it slithered over towards the house.  The door was still open, and I quickly slammed it shut to keep it from getting in.  Did I mention that I hate snakes?

A long time ago, several months after my wife and I moved into our house, I went to the basement to get a box and found myself face-to-face with a snake.  I hate snakes, in case you haven't noticed.  I quickly sprang into action, though, and grabbed the first thing I could find, which was my steel Pittsburgh Steelers trashcan.  I flipped it upside down and covered it.  My first instinct was to kill it, since it was, indeed, a snake, and I hate snakes.  I lifted the can slightly, and it peeked its head out, and I promptly dropped the edge of the can right on its neck.  I then rolled it over the snake's neck, pushing my full weight on the can, until the snake's head was completely severed.  Still not thoroughly convinced it was dead, I then threw the snake into a bucket of water and dropped a plugged-in hairdryer into it, knocking out the power through the entire house.  Since I wasn't quite convinced it was dead, I grabbed a knife and cut it into 28 different pieces.  Then I took all 28 pieces and dropped them into a blender and chopped it into about 18 million pieces.  I thought I heard a hiss, so I dumped the pieces of the snake in a vat of hydrochloric acid, then I burned it in the fire pit out back.  Finally, I took the ashes and sprinkled them across a 17-acre field.  I think it's dead, but I'm haunted every night that the snake is still slithering around in the basement.  I hate snakes!

I'm not a fan of late night talk shows, but I enjoyed occasionally watching Craig Ferguson before he retired recently.  Now David Letterman is retiring, and since I never really watched his show, I decided to start Tivoing the last bunch of episodes.  I want to like Letterman, but he really doesn't seem that interested in what he is doing.  The shows really aren't funny, and most of the laughs surround his guests.  The musical acts are a surprise, though.  I'm enjoying seeing some musicians and groups that I've never really heard before.  One is the Dave Matthews Band.  They are pretty good.  They performed a song called "What Would You Say," which is really great.  I ended up downloading about a half-dozen different performances of the song, and I'm enjoying them a lot.

One other note:  Howard Stern is just not funny or interesting to me.  I do not understand how he has garnered any kind of celebrity.  I just don't.

It has been only a few weeks, but it already looks like like I need a haircut.  My hair is still lopsided and I am dreading going back to my local hair stylist.  I guess I'm going to have to open the wallet a little wider and go somewhere a little better than the chain I've patronized for years.  I'm tired of complaining.  So I'm going to do something about it.

As a side note, I think the recent stress has caused much of my hair to turn gray, one strand at a time.