Yesterday was the Fall Festival at our church, Grace Community, and it was a great time!  It is the only event each year that the entire body can actually participate, given how large a church we have.  The only downside was the weather.  It was HOT!  Our Fall Festival could have been called a Summer Swim.

There were plenty of activities, too, including face painting, pumpkin painting, scarecrow making, needle (candy) in a haystack, pumpkin chunkin', and several moon bounces.  There was lots of good food, too.  The burgers were especially good.  I wish I could've had some of the desserts, but I limited myself to one brownie, which was as gooey as it was good.

All in all, we had a great time.  I wish it had been a little cooler, but at least it didn't rain. 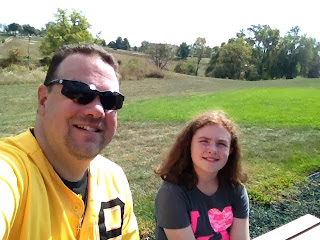 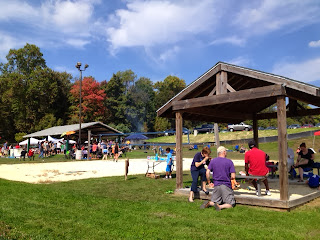 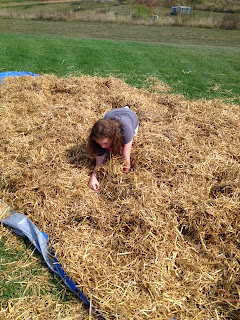 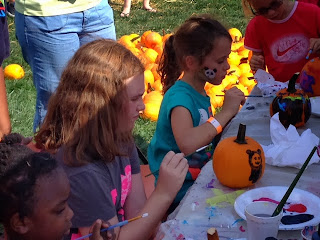 Part two of our day was almost as fun.  We're in the process of redecorating Melody's bedroom, so we went to Ikea to get some ideas.  Ikea is a cool place, and we always have fun just walking around the place.  We did find a bunk bed that will work great in her room, especially since her room isn't very big, and this will create a lot of extra room by moving her bed to another level.  This will be a fun project.

After Ikea, we went home to regroup, then went back to Grace for the Saturday evening service, which is just so relaxing.  Mark delivered one of her wonderful messages, and Melody enjoyed Kid's Zone.  Then we had a really nice dinner at Ray Romano's.  I mean, Romano's Macaroni Grill.  Melody had the grilled chicken, pasta, and broccoli, and I had the Eggplant Parmesan.  It was great.

The whole day was great!  Now we're headed to my parent's place for a cookout and Game 3 of the series between the Pittsburgh Pirates and the St. Louis Cardinals.  Go Bucs!