About five years ago, I bought a little sports car, a Mazda MX-5, also known as a Miata.  It's a really small car, easily the smallest car I've ever owned, but it is so much fun to drive.  It's very fast, and it hugs the road like nothing else.  I love driving it. 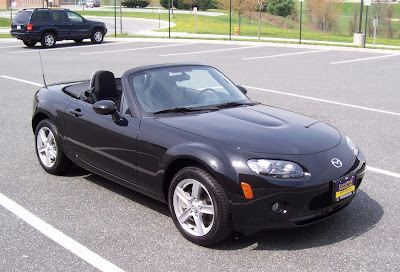 I had several reasons for buying it.  At the time, I already had a convertible Mustang, but I really didn't like it. It was a base model, so it had a V6, which was a real dog.  It also got terrible gas mileage for a V6 engine, so it had the same economy as the GT, but none of the performance.  I had really wanted a convertible, though, and it was one of the most affordable, so that's why I got it.  Unfortunately, I was never able to use it with the top down because my daughter, who was in daycare at my office building and rode with me to and from work each day, couldn't handle the wind blowing in her face in the backseat, so I had to leave it up, since she was with me 95% of the time!  So I started looking for something different, more economical, and much more fun to drive with performance to match.  The Mazda fit the bill. 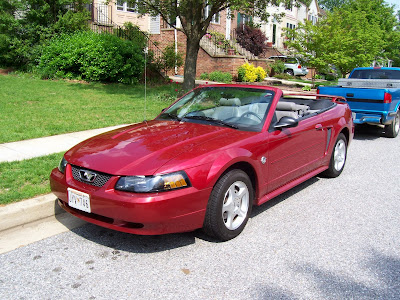 Wow, what a difference!  That car was just so much better than the Mustang.  The gas mileage was excellent, it was a five speed, and it could fly!  One benefit to having the Mazda is that it has only 2 seats, so the wind didn't bother my daughter nearly as much, so the top was down all the time.  The only real problem with it is how small it is.  The trunk is ridiculously small, and next to impossible to carry anything bigger than a gym bag and a small load of groceries.  The car doesn't even have a spare tire!  But the pluses far outweigh any negatives.

An unfortunate note for me regarding these cars is how popular they are with gay men.  I didn't know this, at least at first, and I became a target of their "friendliness".  I'm as straight as straight can be, so I was a bit uncomfortable with the attention.

Today was one of those days when having such a small car was not very helpful.  My daughter and I stopped at a local K-mart to look for a Halloween costume for her.  However, we ended up finding a lot of other things that we had been trying to find, including a beanbag chair for my daughter's room, with all of the filling in separate bags, a new winter coast for her, a 24-pack of toilet paper, a 3-pack of paper towels, and a costume for my girl.  After paying for it all, I remembered which car I brought.  Well, it didn't come close to fitting in the trunk.  So I had to begin stuffing things into the cabin of the car.  My daughter was a sardine.  It was just a bit too cold to put the top down today.

Anyway, we made it home fine, and I still have no regrets about buying that little car.  We've taken it on many trips, and as long as we don't pack too heavily, we're okay.  Our worst trip ended up being one we took to Florida.  It required us putting a luggage rack on the trunk, but that did the trick.  Otherwise, it wouldn't have worked very well.  I have a Jeep Liberty in addition to my Mazda, so if I need to do any major hauling, I can use the Jeep, but it isn't anywhere near as fun to drive.  The Mazda is just a lot of fun. 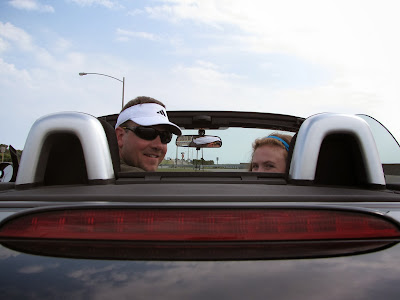 Have a great evening, everyone!
Posted by Eric Freed at 11:41 PM