I've been so fortunate to have seen so many iconic American landmarks during my travels throughout this wonderful country we live in.  I could probably fill out a list of a hundred different places I've seen that have made an impression on me.  It was very hard to keep this at thirty.  And keep in mind that I have been to only 41 of 50 states, so there are a lot of places that I still have yet to see.  I'm not finished compiling this list.  So, in no particular order, here is part one of my top 30 highlights: 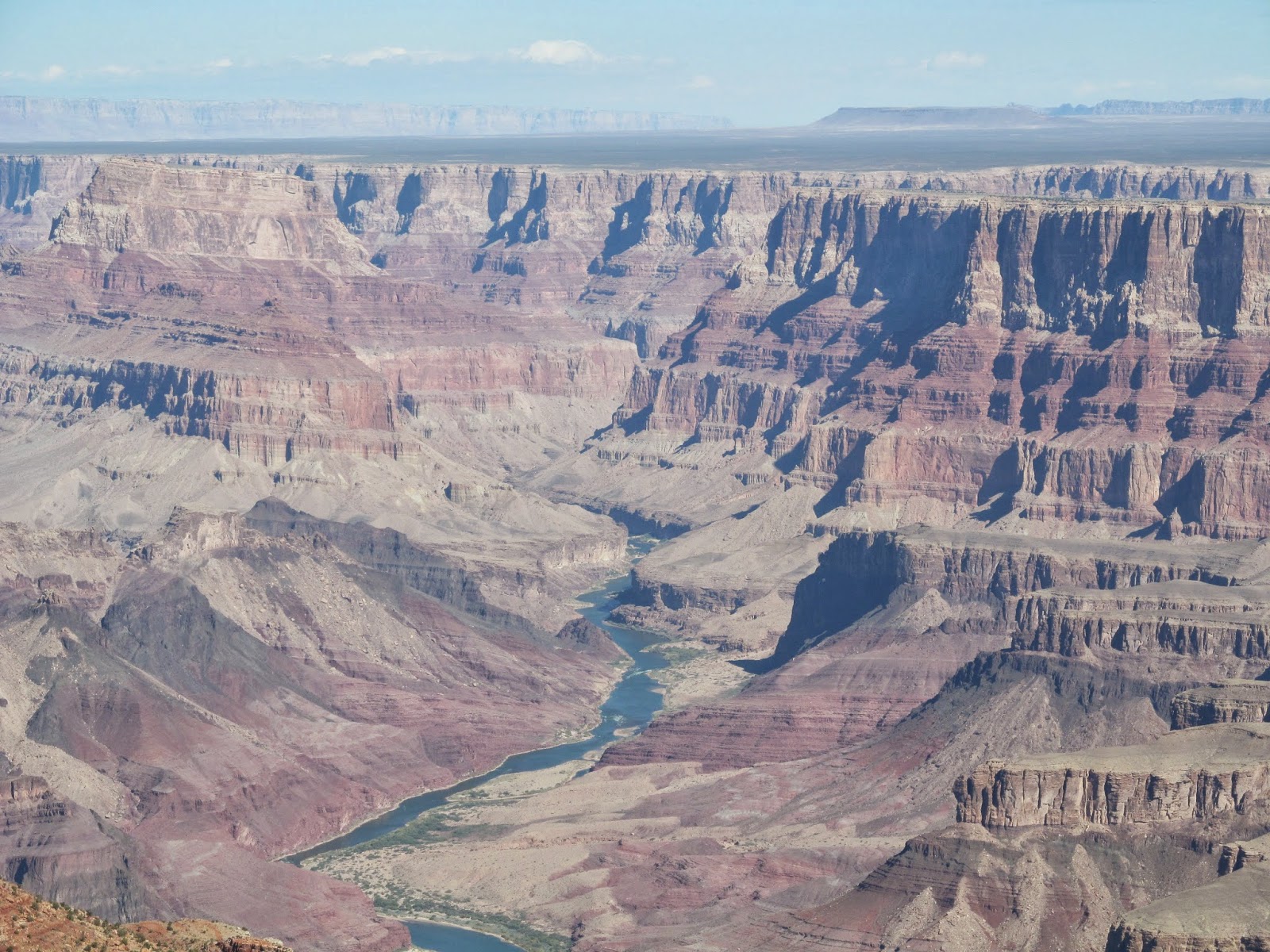 The Grand Canyon - So beautiful and absolutely breathtaking.  It's just so BIG!  I was fortunate to be able to see the Grand Canyon three times, and each time, it was overwhelming.  There is nothing that can prepare you for the first time that you see it.  I can't put into words how to describe it.  You have to see it.  Everyone should have the Grand Canyon on their bucket list. 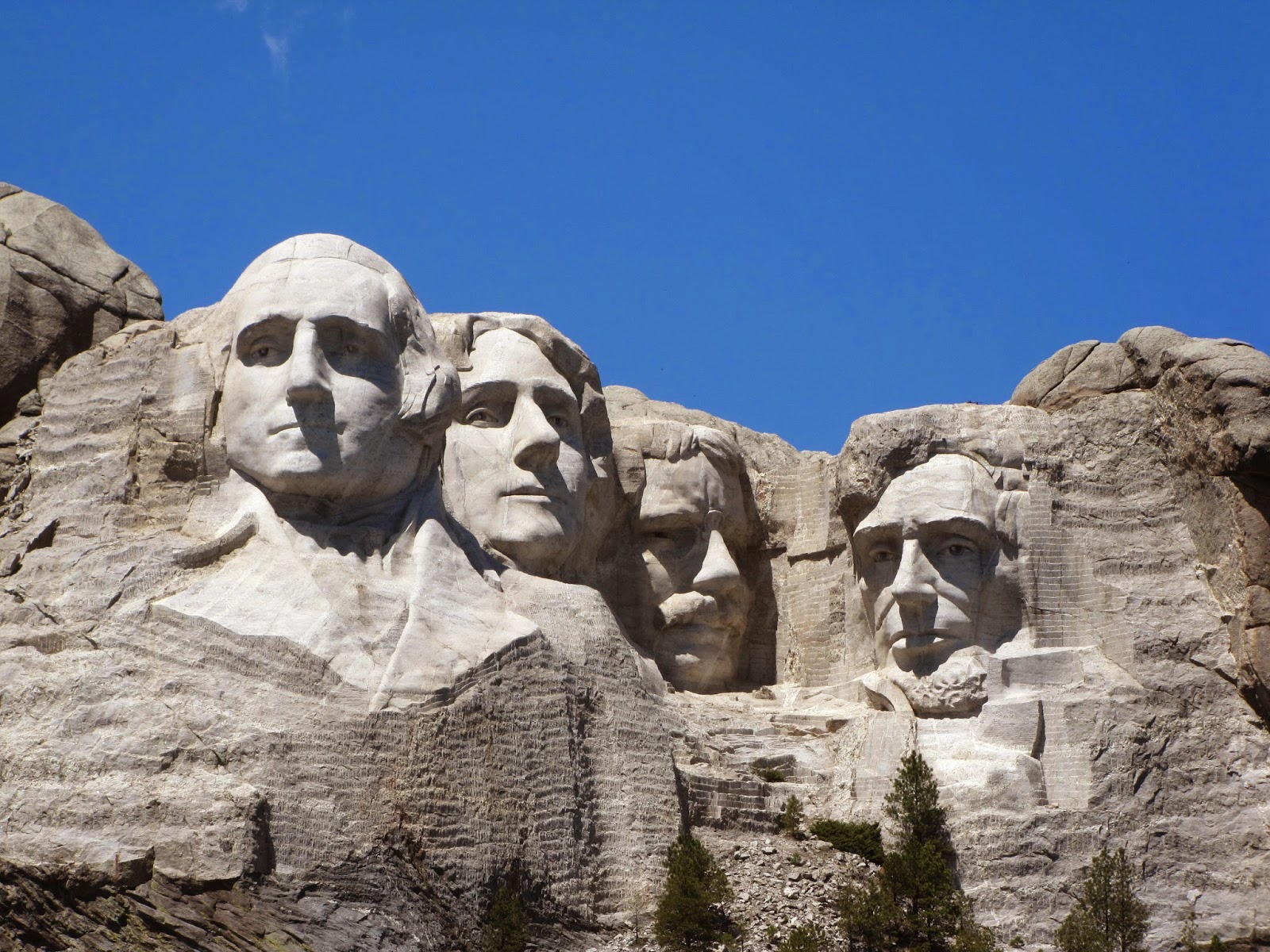 Mount Rushmore - I wasn't prepared for how much this impressed me.  It's not overwhelmingly big, but it is an incredible site.  To think that this is a man-made creation is all the more impressive.  I think part of it is the location.  You just don't expect to see something like this in the middle of the Black Hills of South Dakota.  It's worth mentioning that the Alfred Hitchcock movie NORTH BY NORTHWEST, with Cary Grant, was my real introduction to Mt. Rushmore, and was what motivated me to go see it.  I've seen it three times, and each time, I like to get lunch at the cafeteria there and sit next to the huge picture windows that look out at the President's faces:  Washington, Jefferson, Roosevelt, and Lincoln.  I should also mention that, nearby, the Crazy Horse Memorial, another sculpture that is still many years from being completed, but is significantly larger and even more impressive, is an incredible site, as well. 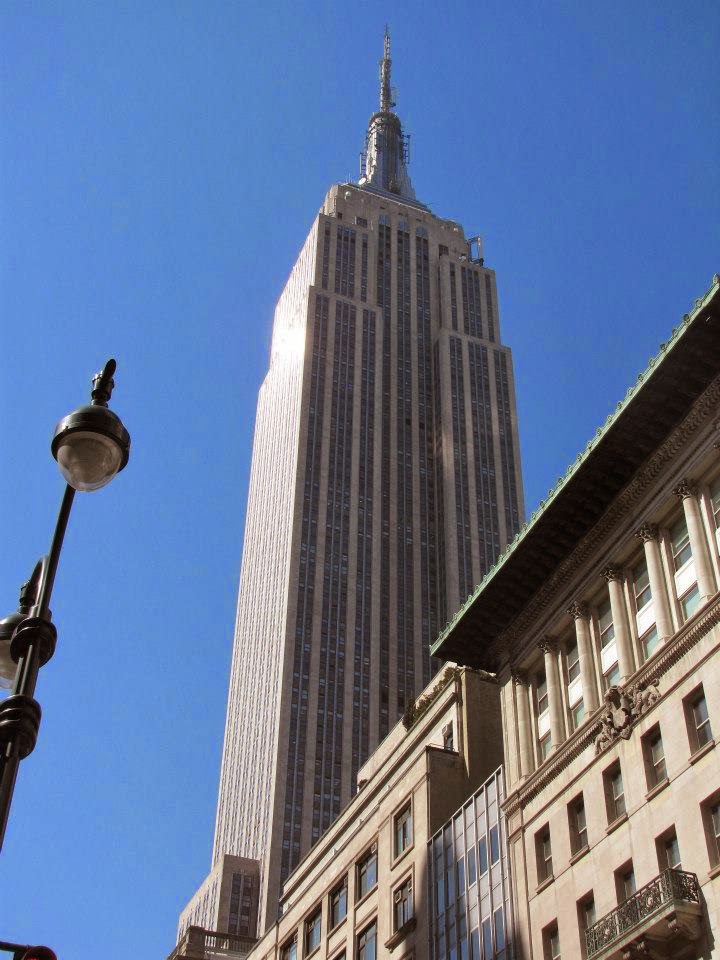 The Empire State Building - New York City is an amazing place.  I had never explored it until last year when my daughter and I went there and wandered all over, checking out as many sites as possible.  The one that really impressed us was the Empire State Building.  More than any other single building in that city, there is something incredible about being there.  It still feels and looks like what I would imagine a building built when it was would look like.  The view from the top is amazing.  Very impressive. 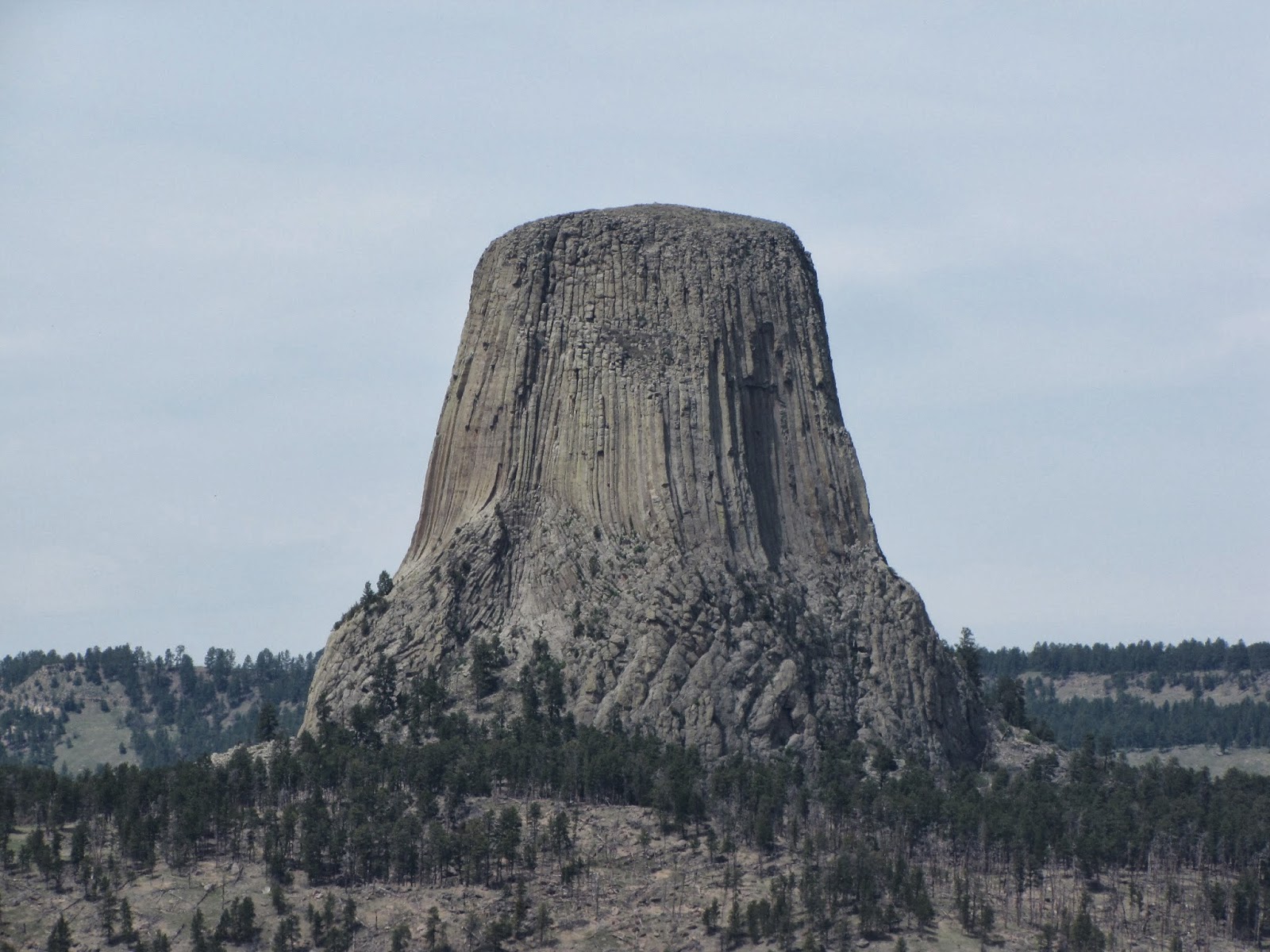 Devil's Tower - This place is just so cool!  It almost seems out of place when you first see it on the horizon, and up close, it looks like an alien landscape.  There really is nothing like it in the world.  And I can't help but visualize scenes from the movie, CLOSE ENCOUNTERS (OF THE THIRD KIND), where it was prominently featured.  My daughter and I hiked around it's perimeter and it was very memorable. 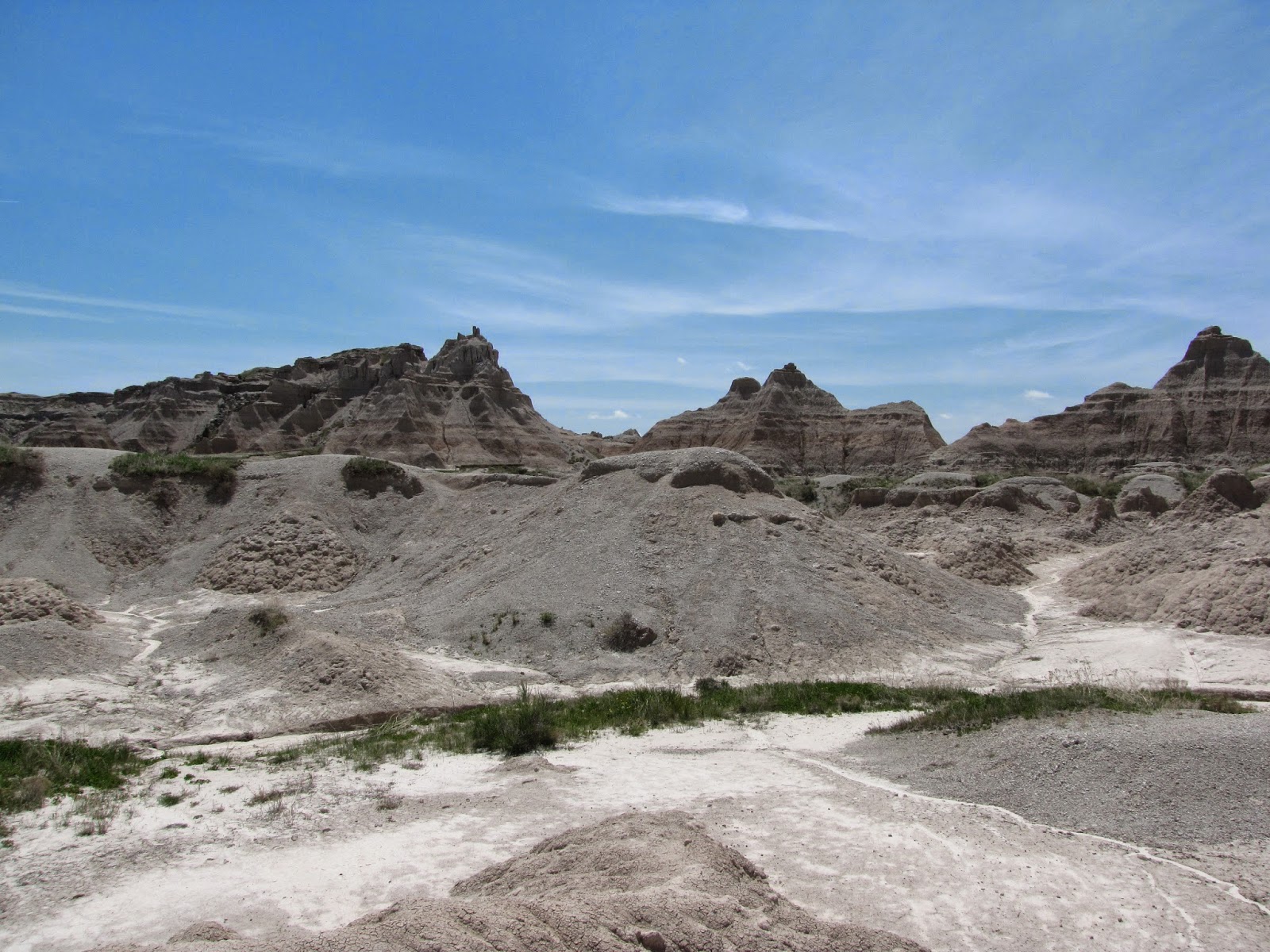 The Badlands - It's like a lunar landscape.  It is incredibly alien and beautiful all at the same time.  I've seen it now three times, and it is no less amazing.  South Dakota has so many sites worth seeing, and fortunately, they are all close enough to see all in one trip.

The Golden Gate Bridge - While on our honeymoon, my wife and I drove down the west coast from Seattle to San Francisco.  It was an incredible drive, and we saw many things along the way.  The Golden Gate is an amazing site, more amazing in person than in the movies.  We loved San Francisco, and returned several years later.  It's such a beautiful city.

The Las Vegas Strip - Las Vegas surprised my wife and me.  We didn't expect to enjoy it as much as we did.  I had stopped there once on my big road trip around the country, and we went several years later on another road trip.  We made several more trips over the next couple of years, taking another couple with us, seeing a NASCAR race on another trip, and taking my parents with us on yet another.  We were never gamblers, but there is so much to see there.  Hoover Dam is incredible, and every casino seems to have something worth seeing.  We stayed at the Stratosphere, the Riviera, the Sahara, and the Luxor.  My daughter and I are going there for part of our Spring Break, and I'm hoping to find a few kids-oriented things to see while we're there. 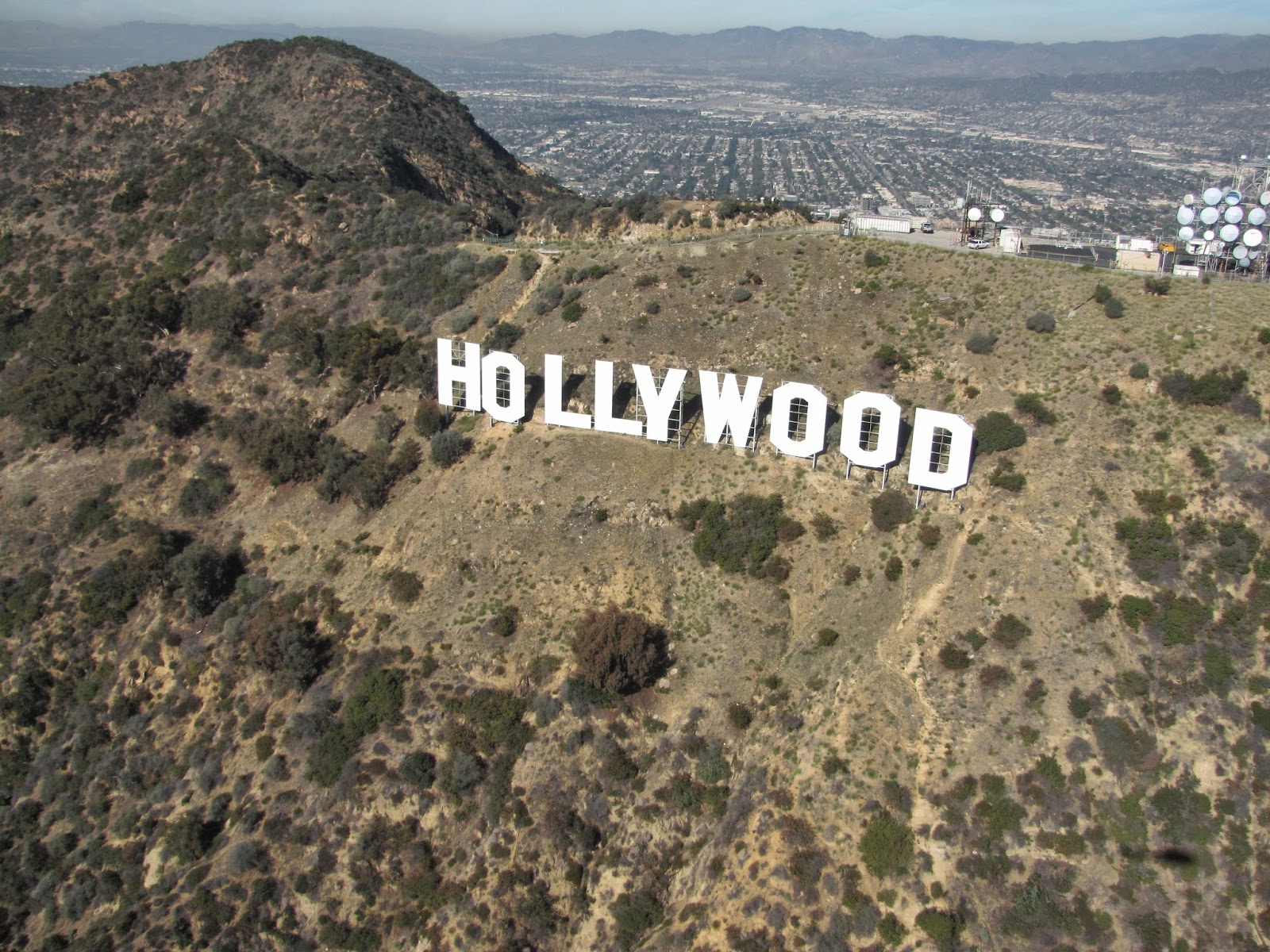 The Hollywood Sign - One of the most incredible things I've ever had the privilege to see is Southern California by helicopter.  As a part of a task force on a prototype chart of the Los Angeles basin, I was allowed to go on a ride-along with the LA police on one of their helicopters.  It was two and a half hours of seeing all of the sites by air.  You can't pay to get a tour of LA that way.  The highlight was a ride over and around the Hollywood sign.  I'll never forget it.

The Space Needle - As I mentioned above, my wife and I spent our honeymoon in Seattle, driving down the coast to San Francisco.  Seattle was our first stop, and the Space Needle was the first thing we saw after landing.  It has been around for awhile and looks a little dated, but it is arguably the symbol of this gorgeous city.  The entire region is incredibly beautiful, and we were fortunate to see nothing but blue skies while we were there.  The Space Needle gives a fantastic view of the surrounding area. 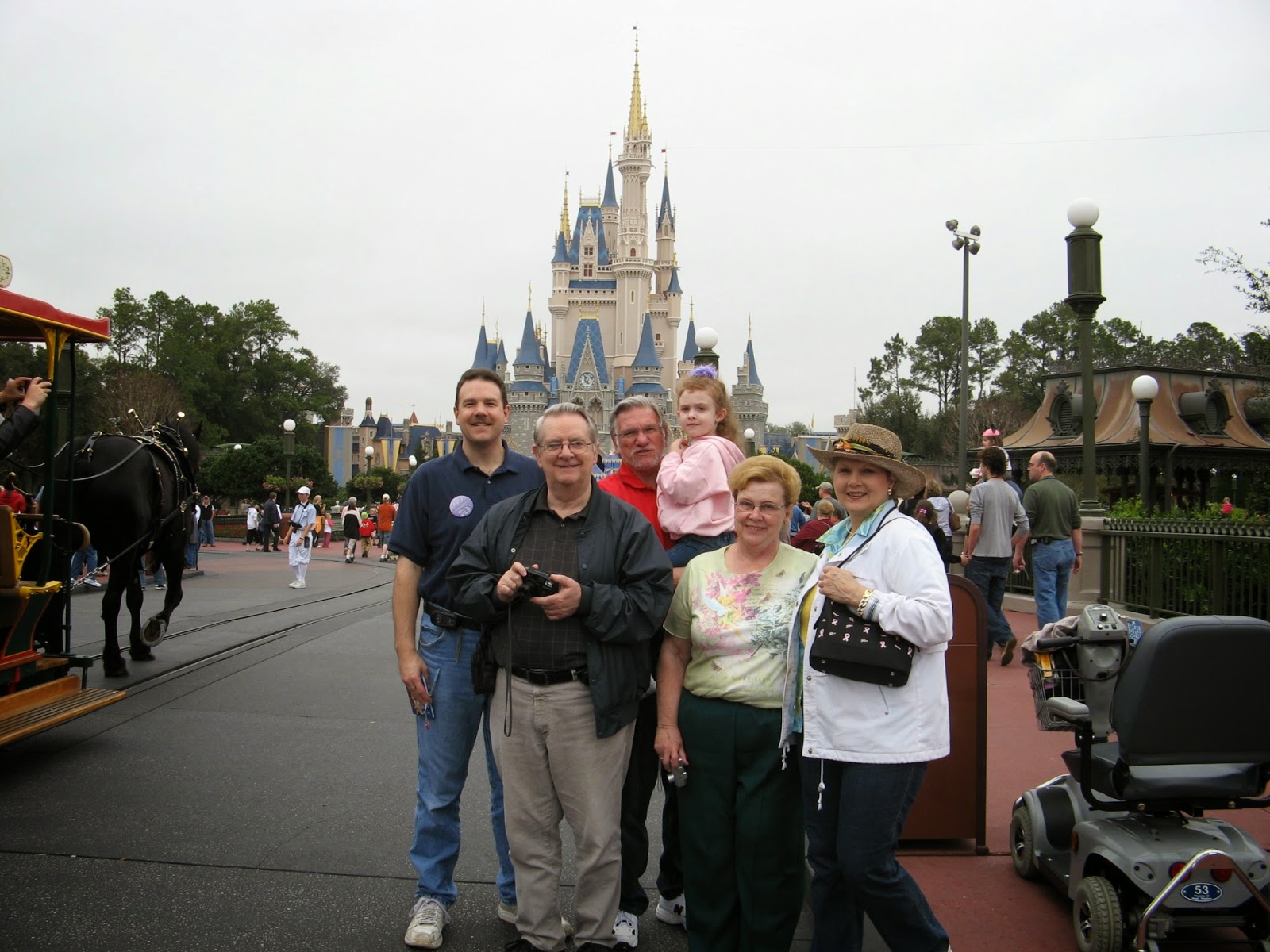 Walt Disney World's Magic Kingdom - I had been to Disney's Magic Kingdom in the early 80s as a teenager, but I didn't really get to experience until a few years ago, when my daughter was 3 years old, and we went to Disney World with all of her grandparents.  Seeing Disney through my daughter's eyes was one of those parent things that creates a memory.  I actually had tears in my eyes as we explored the park and I saw the smile on my girl's face.  It was wonderful. 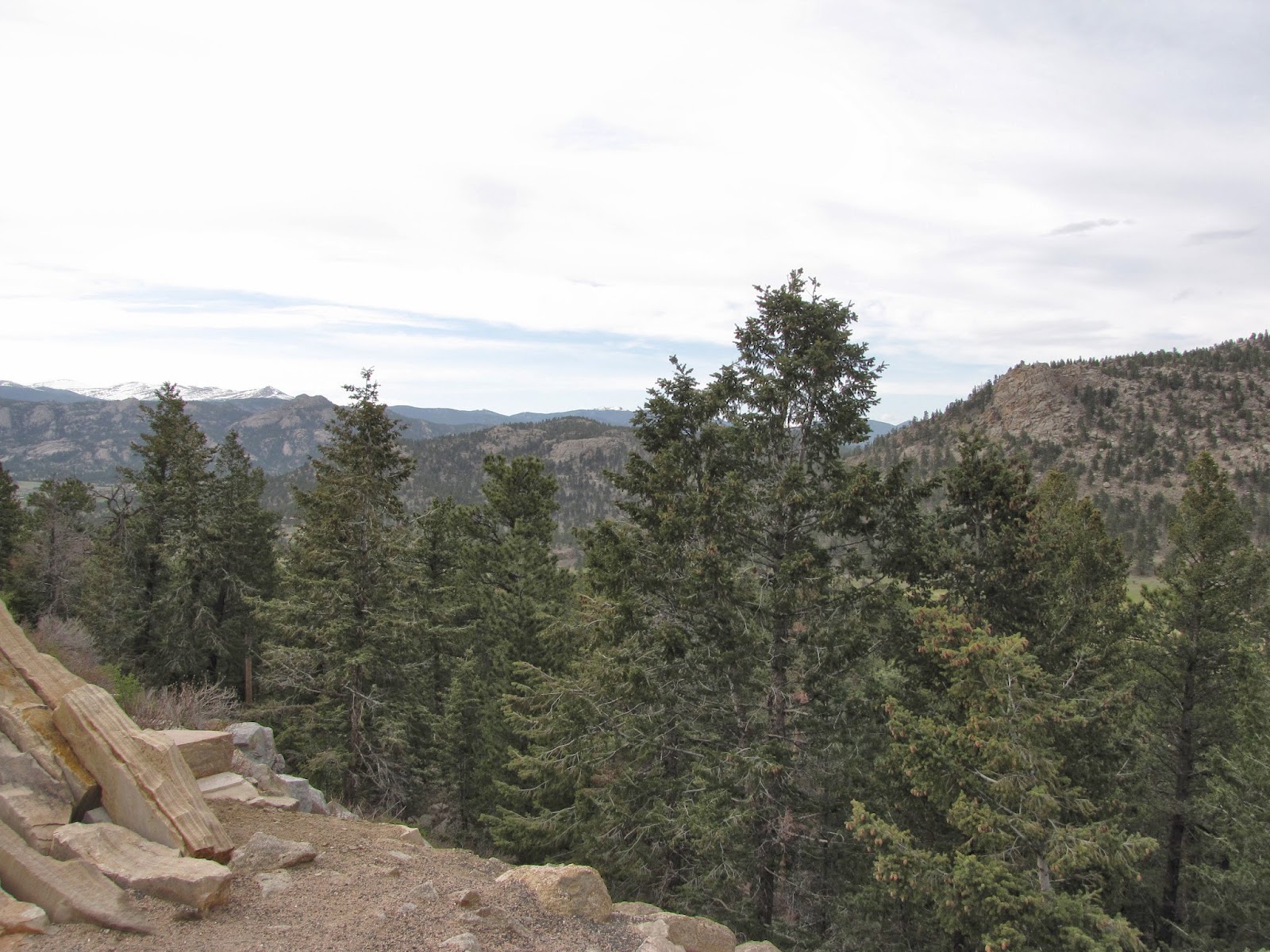 Rocky Mountain National Park - We didn't actually go into the park with my daughter on our trip out West, but my wife and I did on a previous trip.  It is a gorgeous park, riding along the mountain ridges at 11,000 feet and higher.  In fact, my wife ended up getting altitude sickness.  We didn't know what it was until later, but it was something she unfortunately was prone to getting.  Such amazing scenery.

Garden of the Gods - This is another in a series of scenic locations in Colorado.  This park is in Colorado Springs and contains site after site of amazing rock formations.  We had a great time visiting with our family there, along with a visit to Focus On The Family. Downtown Pittsburgh viewed from Mt. Washington - Pittsburgh is my home away from home, and my future home, if all goes as planned.  It is a wonderful city, containing many ethnic neighborhoods, great sports, and so many other sites.  A highlight is to take the incline up to the top of Mt. Washington, a ridge overlooking the entire city, and take pictures and enjoy the scenery.  PNC Park, home of the Major League Baseball Pirates, is the best place to catch a game in the major leagues.

Zion National Park - The National Parks out west are amazing, and each is very distinct.  Zion is so beautiful.  The sun hitting the various rock formations creates a beautiful orange glow, and the main road through the park contains highlight after highlight. Great Smoky Mountains National Park - The most-visited National Park in the US, it is another must-see.  The whole area is really amazing, from Gatlinburg to Pigeon Forge, and Dollywood is a whole lot of fun, too.  My wife and I had a wonderful trip to the area back in 2001, just after 9/11, and the whole region exuded patriotism unlike anything I had ever seen.  My daughter and I went back in 2011 and had a memorable time, as well.

A future post will contain part 2 of my tour of America.