While my daughter and I were away over the past few days, I had a flashback from my childhood of when we used to go camping.  And, no, it wasn't in a tent.  We were a family of RVers.  My parents got an RV camper/trailer when I was about nine years old, and we went on about a half-dozen camping trips each year.  We had a 1977 Oldsmobile Vista Cruiser Station Wagon that we used to pull it, which was fun.  It had a big V8 engine to pull the trailer, but would overheat if the air conditioner was turned on.  Some of our favorite places to camp were the Catoctin area, in Thurmont, MD; Gettysburg, PA; Williamsburg, VA; and Charlottesville, VA. 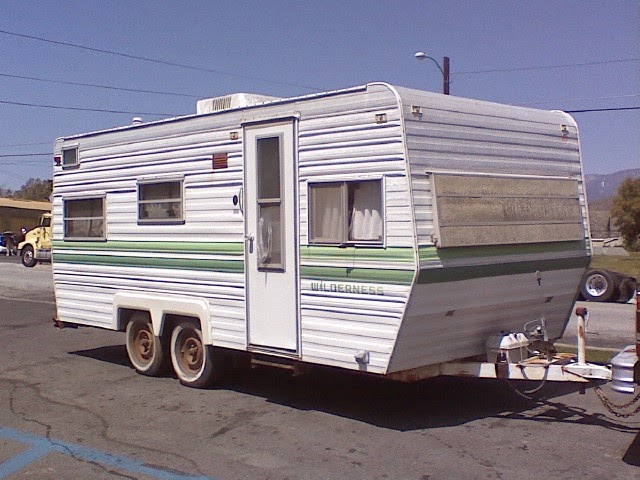 We once took a really long trip down to North Carolina, at Holden Beach.  I remember it well because my cousin and I (we camped with my aunt, uncle, and cousin several times) caught a bunch of these little sand crabs and kept them in a cardboard box with sand in it.  I reached into the box and one of the little monsters used its claw to grab my finger and pinch it with about 6000 pounds of force, enough to cut off circulation in my index finger for about a week (I might be exaggerating...but it hurt!).  I went on one of my first fishing trips with my dad, uncle, and cousin on that trip, as well.  We fished off a pier, and we had a crab trap, too.  My uncle, the expert fisherman, ended up catching several fish, and we caught a baby sand shark in the crab trap.  That was pretty cool!  We took a nice dip in the ocean, all of us in an innertube, and before we knew it, we could barely see the beach.  The tide had taken us pretty far out into the ocean.  It took awhile, but we were able to swim our way back to shore.

We took another fun trip out towards the Shenandoah, again with my aunt, uncle, and cousin.  I remember this trip because my cousin was collecting old beer cans, and we found a lot out in the woods.  We also found a lot of yellow jackets.  The pesky hornets seemed to have nests all over the place, including in the beer cans.  My cousin and I were out in the woods looking for wood for the fire pit, and I unknowingly stepped on a hornet's nest.  They attacked us, stinging us over and over as we ran back to the campers.  I ended up with five stings, my cousin with six, and we avoided nature for the rest of that trip.

Dad had a pretty intense fear of parking the camper.  For whatever reason, most of the campgrounds we stayed at were heavily wooded, and while this made for great scenery, it most assuredly made for difficult parking in the campsites.  Dad would have nightmares about trying to get out of the campsite for days before we actually left.  It would be funny if he hadn't been so worried.  And, when the time came, all of the other campers would come out and line up to watch us attempt to pull out.  He was always able to do it, but he would sweat it the whole time.  There are great scenes in two classic movies showing similar types of situations, RV, with Robin Williams, and THE LONG, LONG TRAILER, with Lucille Ball and Desi Arnaz.

Dad decided that we needed to upgrade in the early 80s, and we got a motor home to replace the trailer.  It was great, because it meant more road trips and less camping, which was what I preferred.  The negative was that the motorhome only got about 6 miles per gallon on fuel, and even less on any road that wasn't completely flat.  It was great to travel in, though, and I loved riding in the bunk over the cabin, something you can't do anymore for safety reasons.  We also used to fight over who got to ride in the passenger seat while we were traveling.  I loved sitting there, and the Faithful Pup Ginger loved sitting on my lap while I was sitting there. 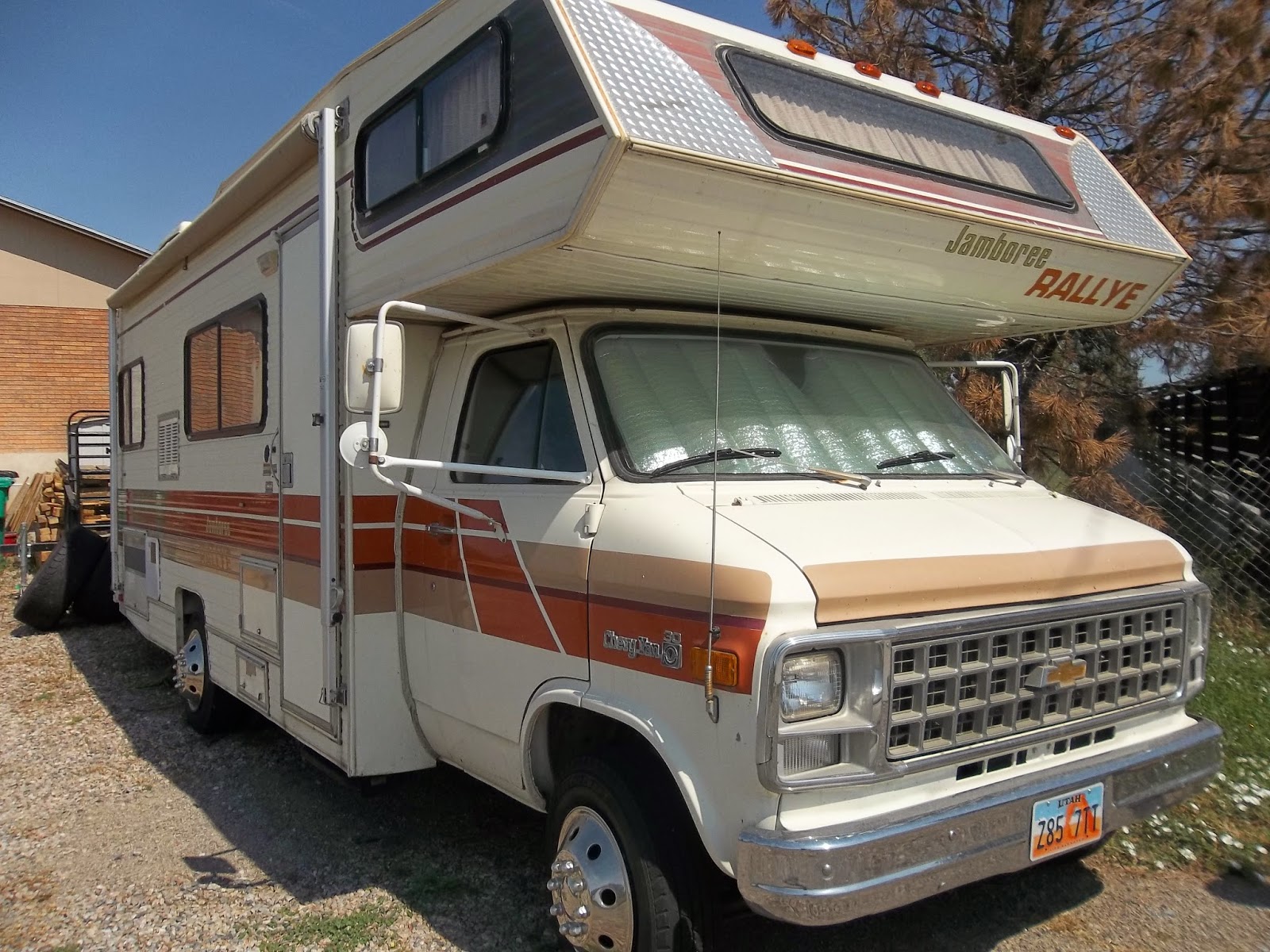 These memories are what I want my daughter to experience.  I've been wrestling for a few years with getting a trailer for us to travel across the country in.  I still don't know if it will actually happen, but it sure would be fun.  My wonderful daughter has given me her full support.  I haven't told her about the little pinching crabs or the yellow jackets.

Have a great evening, everyone!
Posted by Eric Freed at 8:00 PM