Driving in a Fog

We had a wing-dinger of a ride home tonight as the fog took over and made driving almost impossible.  We left my in-laws at around 8, and the fog was thicker than cream of mushroom soup.  A 30-minute drive home ended up taking us a full hour.  I am amazed at how many bad drivers there are when the weather is bad.  I had a guy riding my bumper for several miles down Route 650 between Damascus and Sandy Spring, trying to push me to go faster than the 30 mph I was going.  With barely any visibility, I was tempted to just pull over and let him wreck himself. 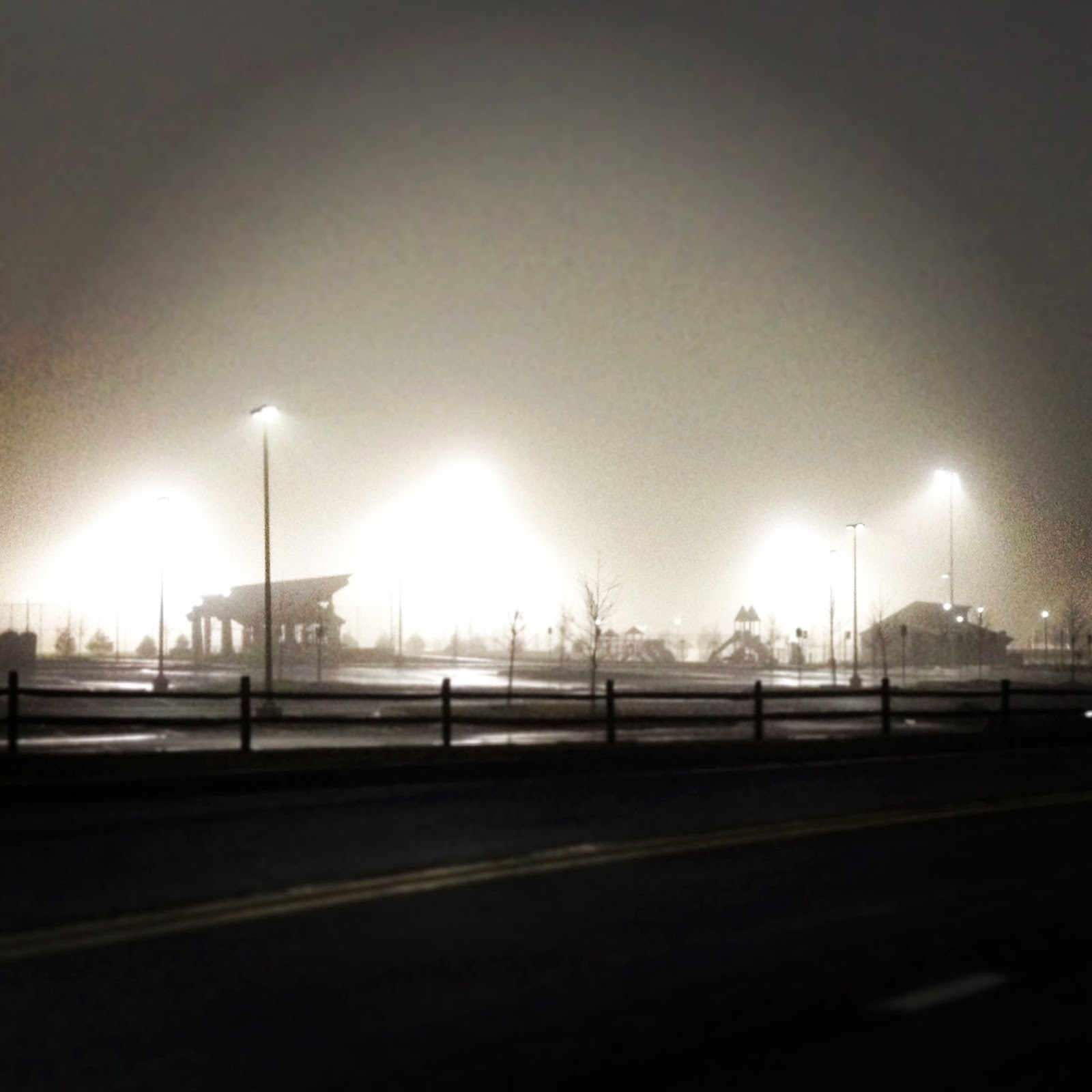 The ride home, which was a bit white-knuckled at times, reminded me of other bad drives I've had over the years.  One drive in particular, back in the early 90s, was a hair-raising trip to visit my girlfriend, who was a student at West Virginia University.  It was late December, about a week before Christmas, and I was going to Morgantown to surprise her.  I planned to drive to Uniontown, where I could stay overnight with my Aunt, then I was going to drive to Morgantown the next morning.  On the drive up, I stopped briefly in La Vale, in Western Maryland, to grab a snack.  It was really cold.  By the time I had gotten my stuff and walked back to my car, the locks had frozen!  I kept jiggling the key and it finally turned, and I considered myself lucky.  However, the drive was about to get really bad.  Frostburg, the next town west, and significantly higher in elevation, has a reputation for bad weather, and I wasn't disappointed.  Just a few miles along I-68, it started to snow, and pretty soon it was a blizzard.  I was driving my 1987 Oldsmobile 442, which was horrible in bad weather.  I was starting to panic, but I stayed with it and finally reached my exit, at US 40 in Keysers Ridge.  The snow was really coming down.  I would then be on a 2-lane road for most of the last 30 miles of my trip.  There were times when I couldn't see the road at all.  My car was all over the road, but fortunately, there were no other cars.  I finally made it to Uniontown after some very scary moments.  When I reached my Aunt's house, she told me she was surprised that I had made it.  The news had reported that they had to close US 40!  No wonder I didn't see any other cars!

It was late and I decided to get some sleep.  I called my girlfriend the next morning, and got her answering machine.  I didn't want to just drive to her place, about 30 minutes away, until I reached her by phone (this was before cell phones, by the way), and I tried to call her several more times without success.  I finally gave up, and decided to drive home.  Upon arriving home, I tried calling her again.  She finally answered and told me she had gone home for the weekend, so she wasn't even in Morgantown!  The trip, other than to visit with my Aunt, was a complete waste, and I had endangered myself for nothing.  The relationship didn't last, obviously.  It was tough to blame her, but she hadn't bothered to tell me she was coming home, and the only reason I didn't call her first was because I had planned to surprise her.  I guess it was my fault.

Oh, well.  Tonight's weather wasn't nearly that bad, but it sure put me in mind of that terrible trip.  I hope you're home safely tonight.  Have a great evening!