Melody and I headed out for another weekend getaway.  It promised to be filled with great weather aside from a possibility of rain on Friday night and Saturday morning.  That's exactly how it played out, too, but we still made the best of it.

We left on Friday afternoon and drove up to Gettysburg, PA.  It started to rain as we moved further north, and was pretty steady when we arrived at our hotel, the Quality Inn General Lee's Headquarters.  What a great place this turned out to be!  It appears to be a fairly old (50s?) motel-style hotel that has been renovated very nicely with all new furniture and modern accommodations.  It was clean and the staff was as nice as they could be.  It's very unfortunate that the the building will be closed at the end of December and eventually razed, along with the very cool restaurant next door, the Appalachian Brewing Company, which we touched on in yesterday's post.  The land that both are sitting on will be returned to the Gettysburg Battlefield.

The rain cleared out on Saturday, and we made our way up to Smithfield Farm just north of Gettysburg to go through their corn maze.  We had fun, and Melody was content to let me lead the way.  I'm the type of person that no one else really wants to go with through a corn maze, because, wants we enter, I'm already figuring out how to get back out.  With map in hand, and my inner compass, I'm actually able to find my way out very quickly.  Unfortunately, the idea is to find stations throughout the maze for answers to trivia questions and to get etchings.  We only found a couple of them because I was trying to get us to the exit.  I guess that kind of defeats the purpose.  Oh, well.  We picked up a pumpkin and a few other goodies, including apple cider donuts! 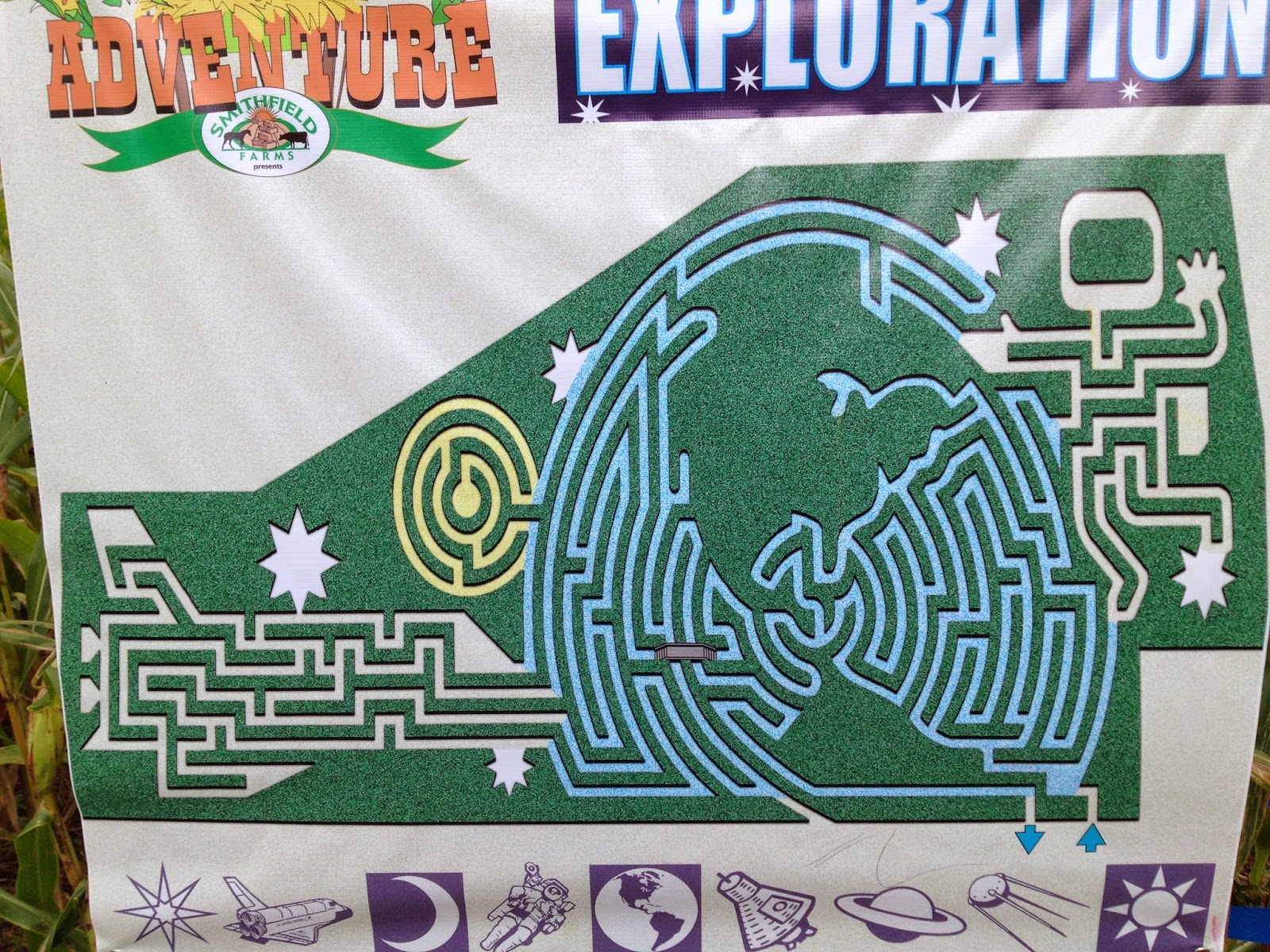 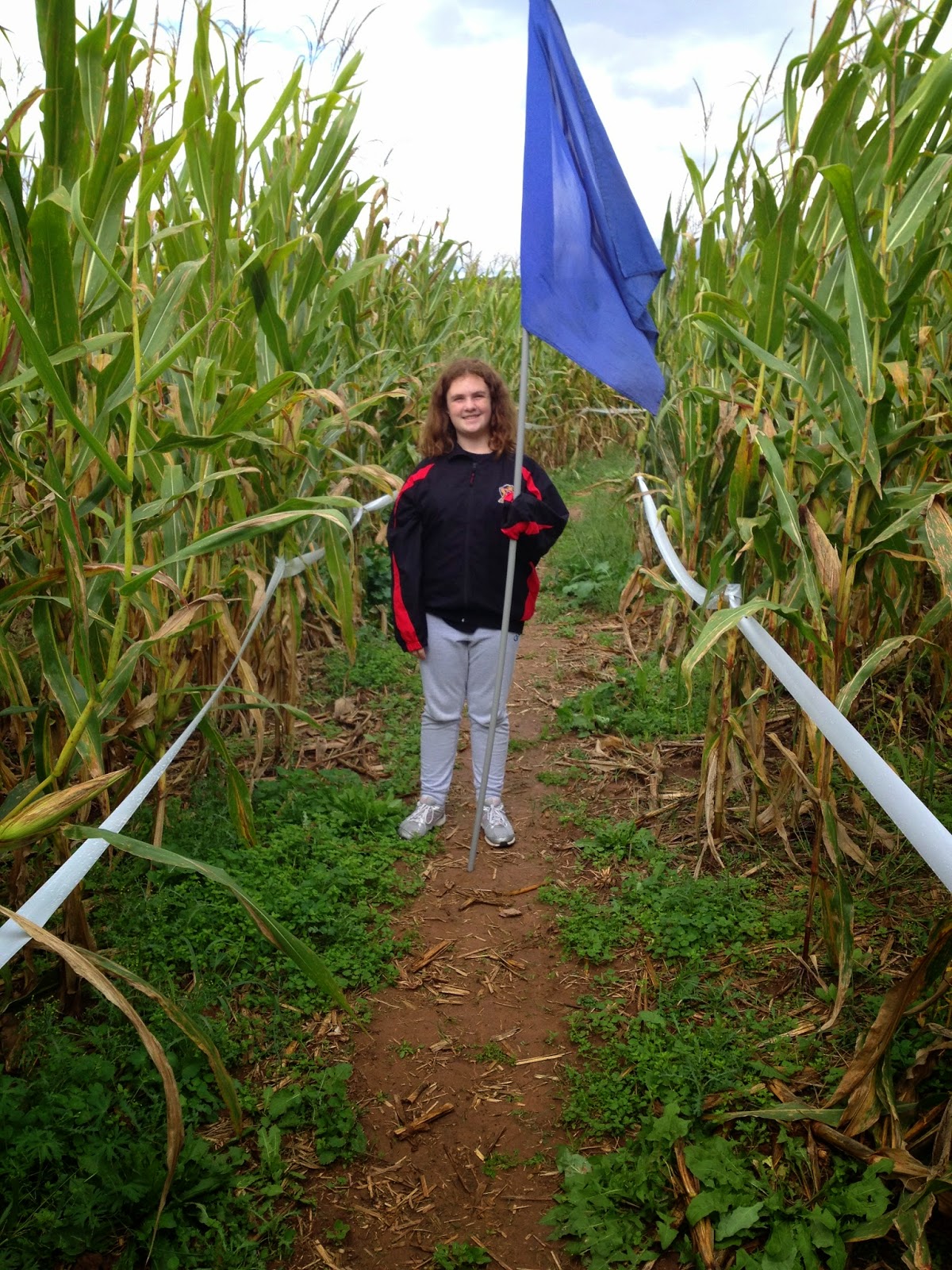 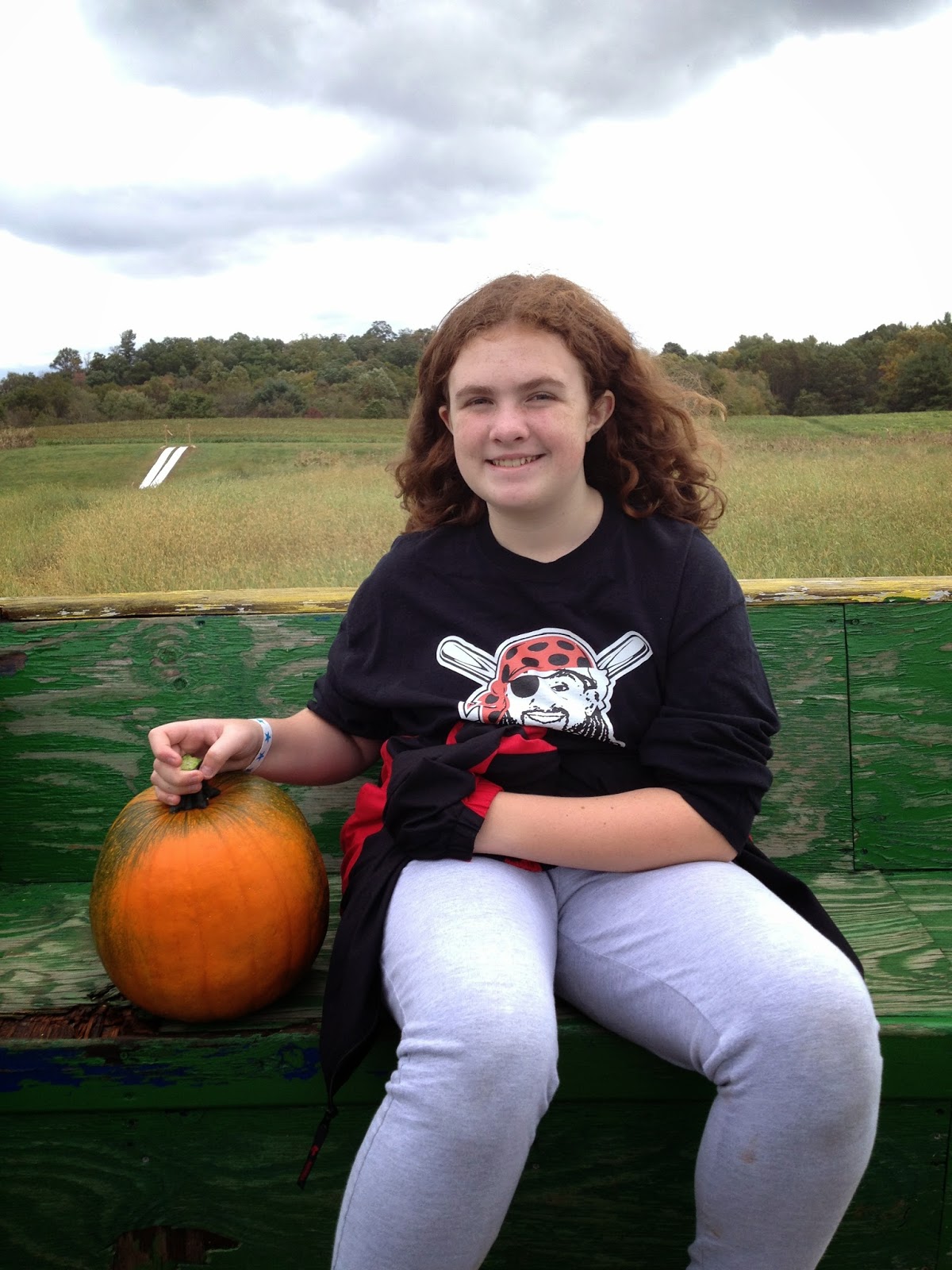 After returning to Gettysburg  for lunch at our favorite Italian restaurant, Momma Ventura's, we stopped at a couple of bookstores before heading south towards Thurmont.  Our next stop was Cunningham Falls State Park, adjacent to Catoctin Mountain Park.  We hiked the lower trail to the falls, which was about a mile round trip.  The falls are nice, just like I remembered when I was last there about a dozen years ago, except no one seemed to want to read the signs requesting guests to stay on the trail.  There were people everywhere, climbing on rocks and through the water.  Melody and I follow the rules, and it's hard to teach her the right thing to do when there are so many who don't.  It was a nice, hike, nevertheless, and it was a nice workout for us. 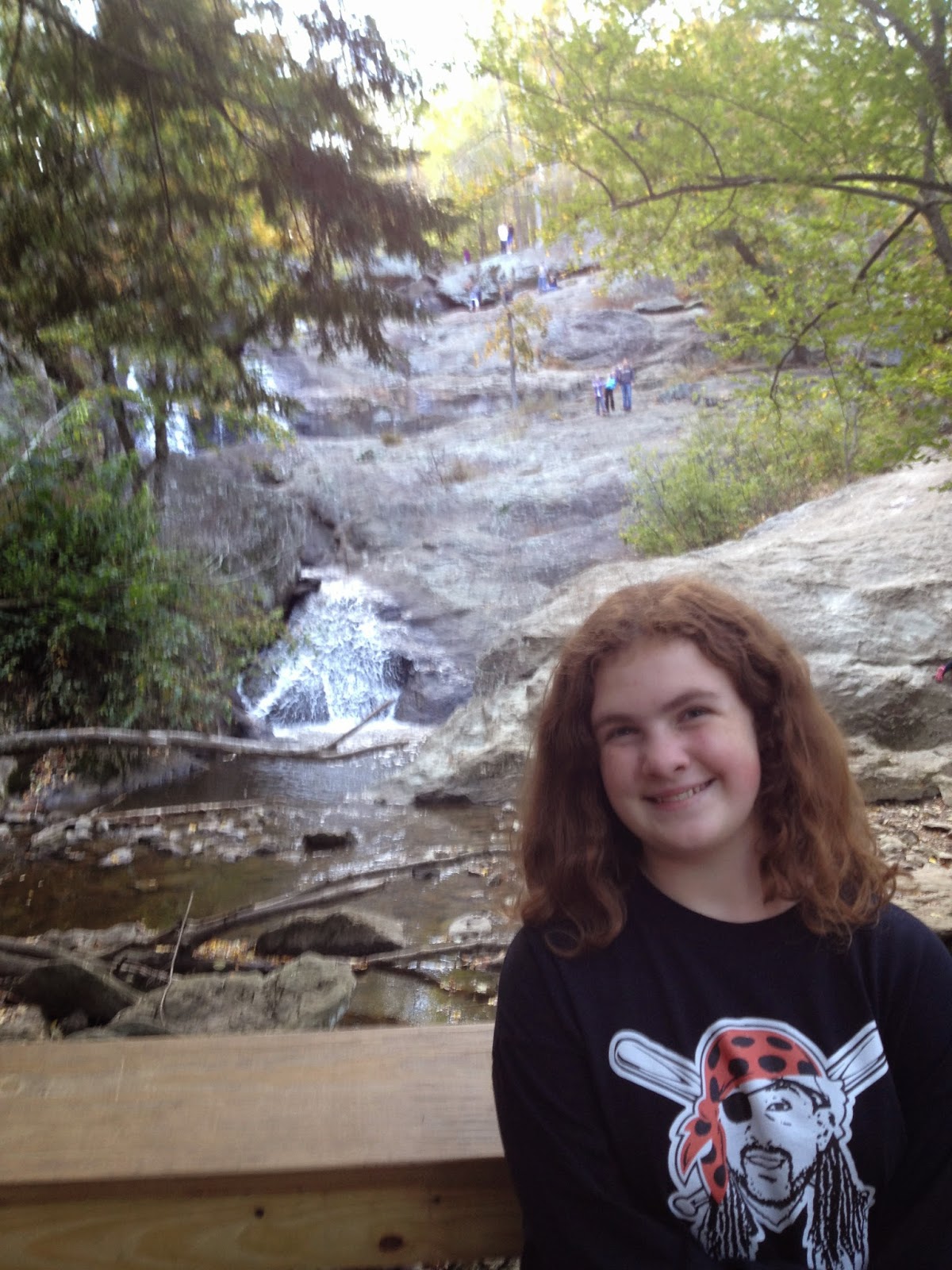 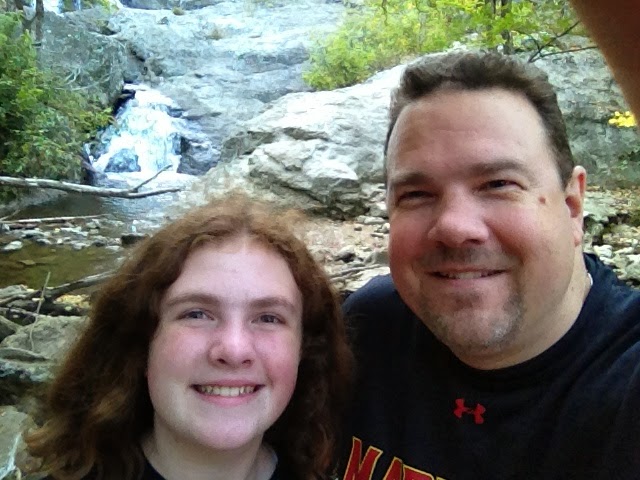 Our next stop was at Lawyer's Farm just outside of Thurmont.  What a great place!  First of all, they have pumpkin "cannons" that looked like military ordnance.  You can fire a pumpkin at a series of targets that look like Transformers a couple of hundred feet away.  We got tickets to fire at them.  Before that, though, we tackled the corn maze.  This maze was significantly larger than the earlier corn maze, and the map we were given actually had the locations of 24 different stations where we were to get punch marks on our map.  The maze was actually five different sections, each of varying length, and it was our goal to do all of them.  It wasn't as much of a challenge as it sounds, but it is very large, and covers quite a great distance.  We added it up, and, combined with the earlier maze plus the hike to Cunningham Falls, we hiked a good 10 miles, which was a great workout for us.  Anyway, it took us well over an hour to accomplish the goal, and it was dusk, and rather chilly, when we took our turns on the pumpkin cannon.  We each scored one out of two hits. 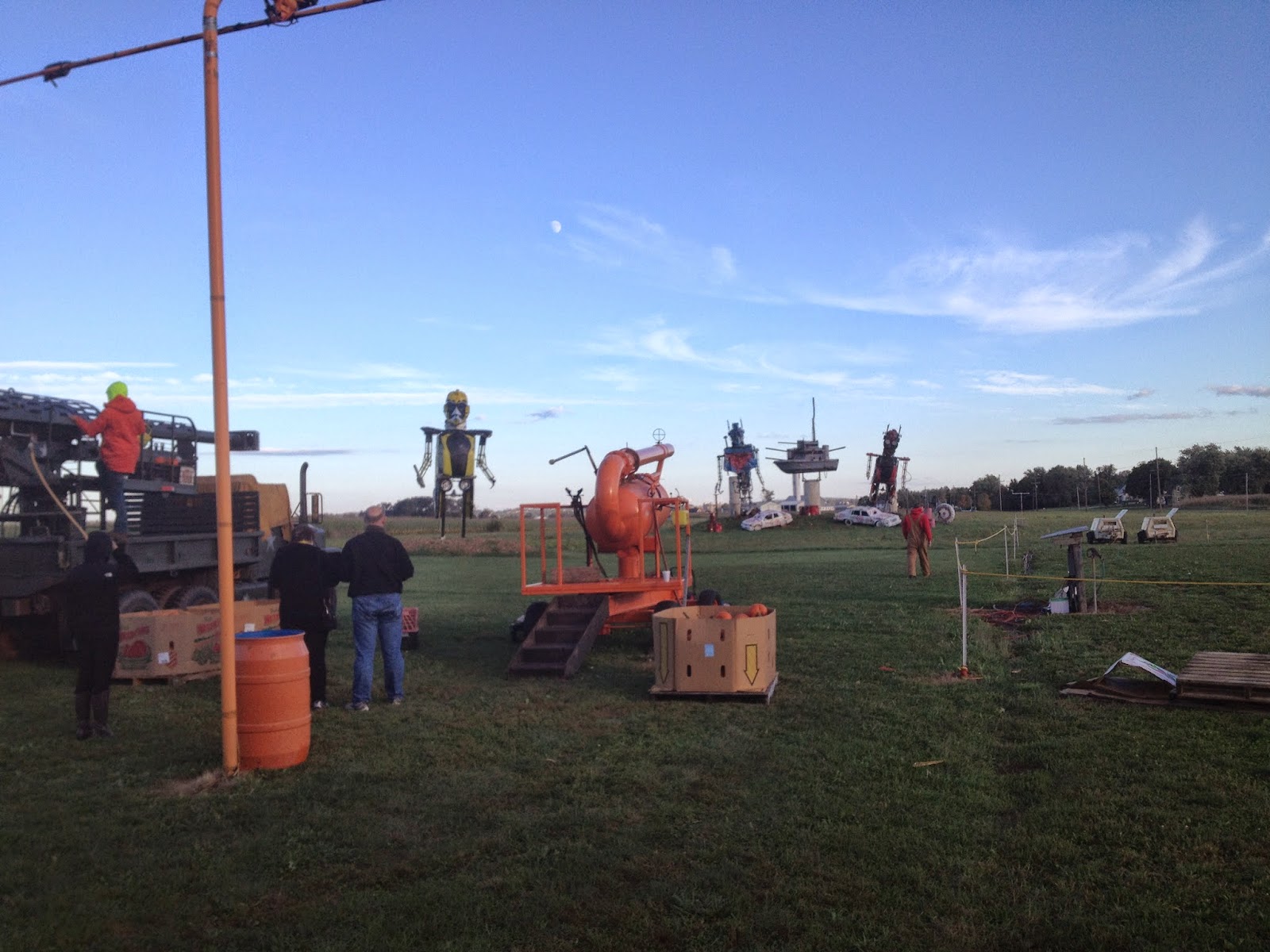 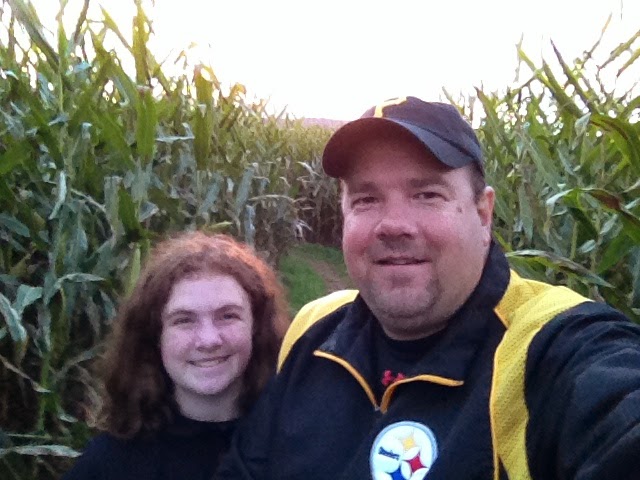 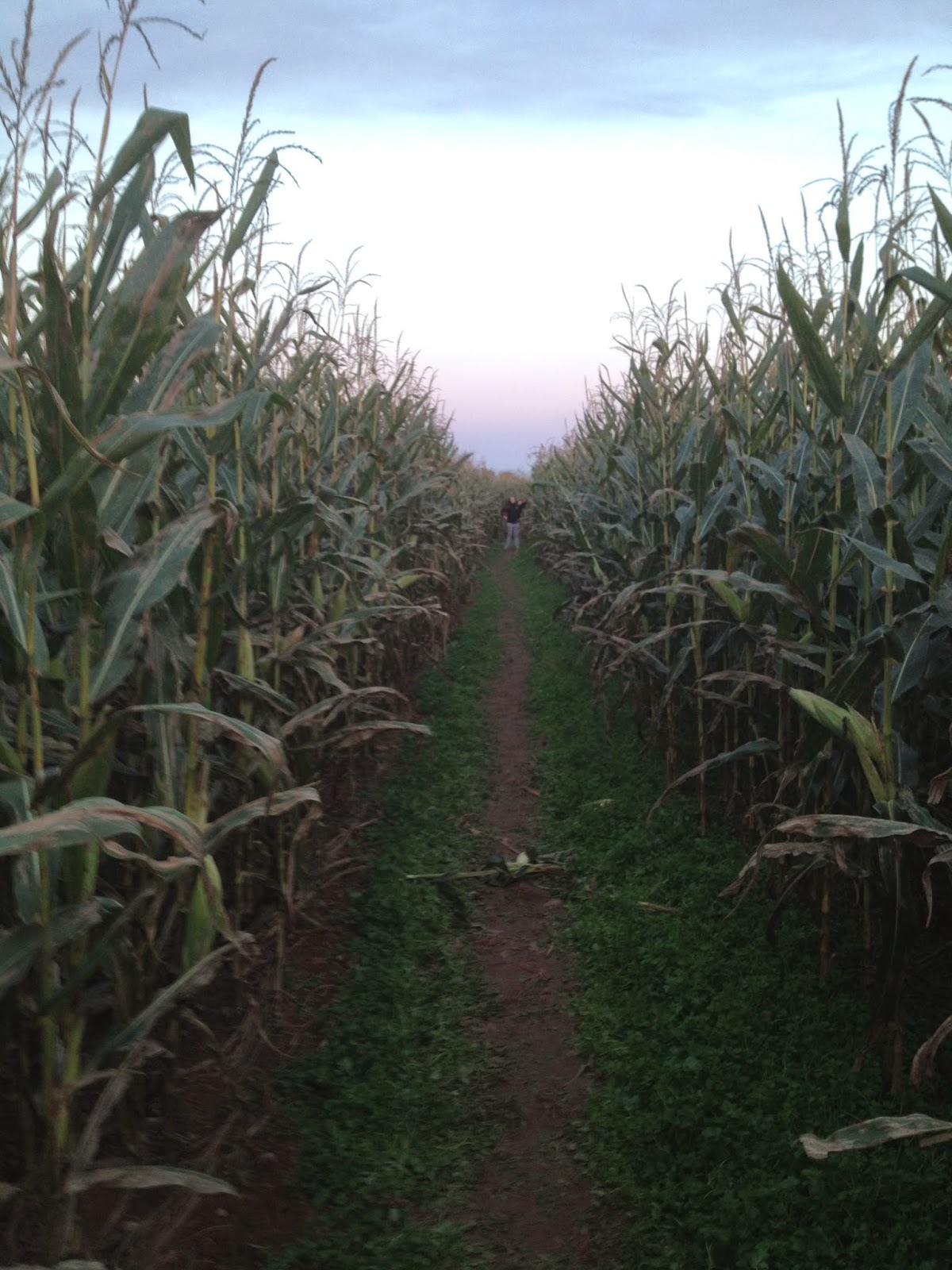 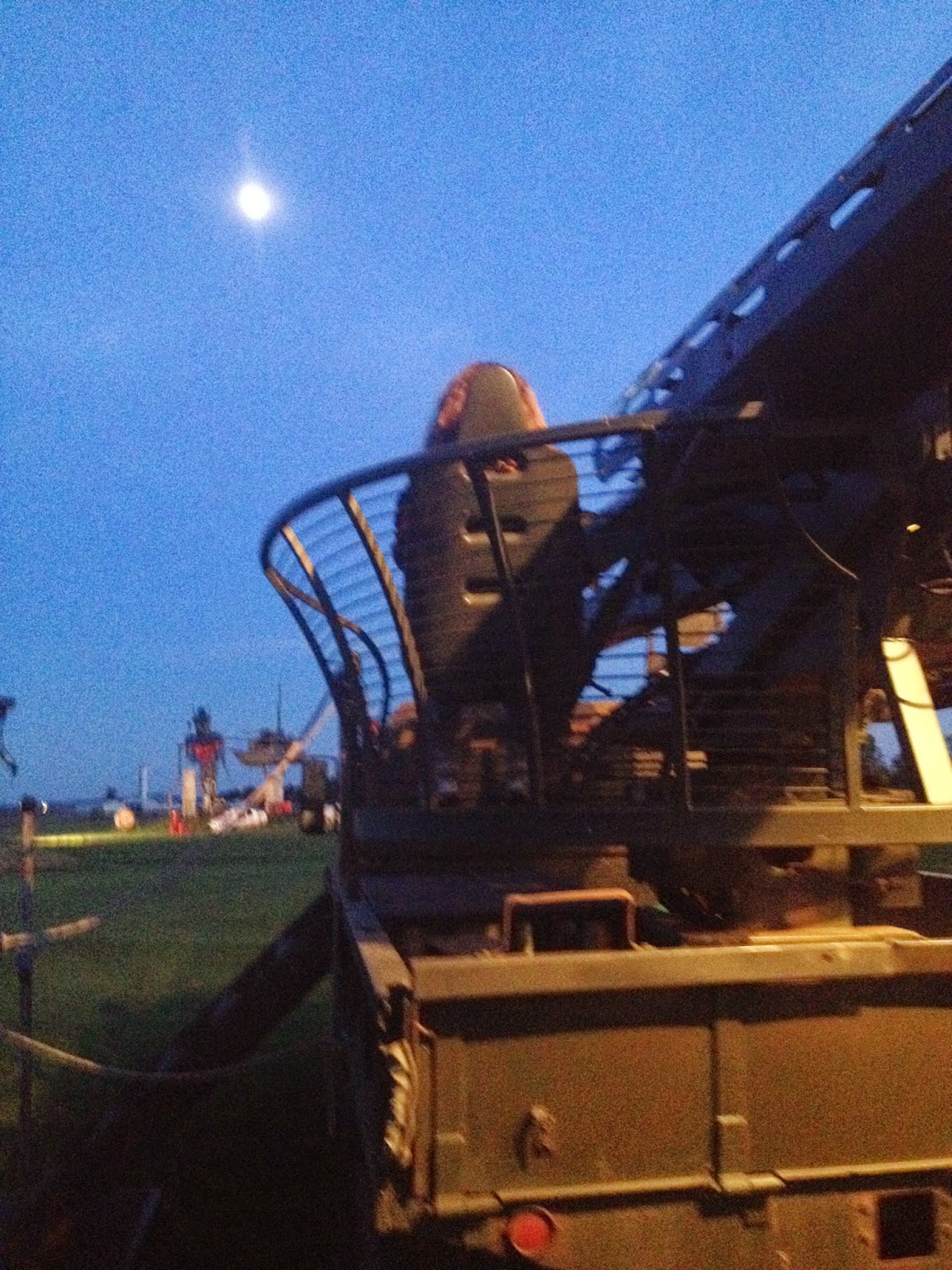 After we finished, we headed back to Thurmont for a late dinner.  Sadly, our favorite restaurant, the Cozy, is closed.  We decided to go to its long-time competition, the Mountain Gate Family Restaurant.  The Mountain Gate is similar in that it serves a large buffet with good country-cooked food.  But, as much as I want to like it, it's not the Cozy.  The Cozy's food was so much better.  I was disappointed at the limited selection of entrees on the buffet table.  There were plenty of sides, but not much besides fried chicken and sliced beef.  They had a couple of sugar-free pies, which I was happy about.

We left at around 8:30 and began the long ride home.  It was a great couple of days and we felt like we really took advantage of the beautiful Fall weather.  Melody proved again what a great traveling companion she is, and we enjoyed all of the things we were able to do.