Falling In Love....Right After This Commercial Break

I fell in love.  Again.  She's wonderful.  And beautiful.  They always are.  All of them.

This time it's Lauren Schneider.  She's really wonderful.  And really beautiful.  She's a counselor for a therapy group on the TV show GO ON, a character wonderfully and beautifully acted by Laura Benanti.

This isn't the first time I've fallen in love with a TV character.  Thinking back, all the way back, to my childhood, I think my first crush on TV was Laura Ingalls (Melissa Gilbert) from LITTLE HOUSE ON THE PRAIRIE.  And her sister on the show, Mary (Melissa Sue Anderson).  I liked them both.  I liked Mary first, when they were younger, but liked Laura when they were older.  I soon moved on to a few of the sisters on EIGHT IS ENOUGH.  They were a bit older than I was, but love is love. 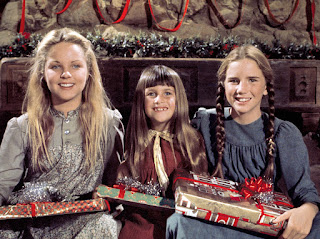 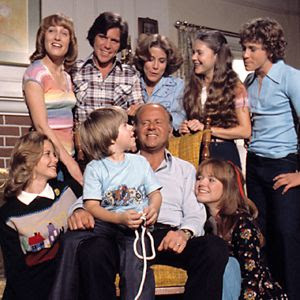 If I had been allowed to watch CHARLIE'S ANGELS, I'm sure I would have been in love with Kris Munroe (Cheryl Ladd).  I did watch THE DUKES OF HAZARD, though, and discovered a new love, Daisy Duke (Catherine Bach). Wow!  I also discovered cars, though, and the General Lee was awesome! 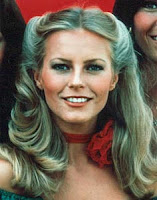 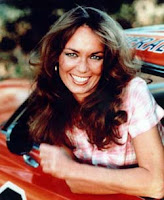 As I grew into my teens, there were more and more young ladies on TV who I fell in love with.  There was Lynn Tanner (Andrea Elson) on ALF.  There were the twins on DOUBLE TROUBLE, Kate and Allison Foster (Jean and Liz Sagal).  I liked the more serious and responsible Allie better than the fun and flighty Kate, though I found out later that they actually had the opposite personalities in real life.  Because they were dancers on the show, every episode featured them working out and dancing in their spandex outfits.

Later, there were the friends on FRIENDS.  I loved both Monica and Rachel at different times.  There was Jamie Buchman (Helen Hunt) on MAD ABOUT YOU.  Helen Chappel (Crystal Bernard) on WINGS.  Kelly Kapowski (Tiffany-Amber Theissen) on SAVED BY THE BELL was another favorite.  I didn't watch it much, but Scully (Gillian Anderson) on X-FILES was pretty cool.  And, more recently, I fell in love with Ms. Carol Vessey (Julie Bowen), the high school English teacher on the underrated ED, and object of Tom Cavanagh's (Ed) affections. 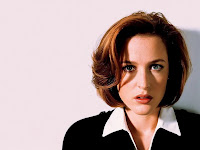 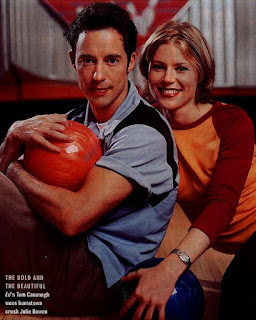 It's so easy to fall in love with TV characters, at least on shows written prior to the past decade, generally speaking.  They are all pretty perfect, by design.  Why would you want to watch a show about characters you didn't like?  Television is a little bit different these days, though.  Characters are full of flaws, mostly to make them more human (my guess), but also to be laughed at, for entertainment value.  GO ON's Lauren Schneider has her flaws, but she is still very likable and gorgeous.  Too bad she isn't real....but, then, everyone would think I was nuts, falling in love with a television character....


This isn't unhealthy, right?  I mean, it's not like I'm obsessed or anything.  I know Lauren isn't real.  And Laura Benanti is totally not even my type.

Psst!  Lauren, if you're out there, just leave a few comments down below.  Or send me a tweet.  Or befriend me on FB.  Anything!  I promise, I'm not crazy.
Posted by Eric Freed at 9:28 PM