Miscellaneous Stress And Other Problems

I was all set to get on my soap box after reading about something that was sure to create some controversy, but then I came across this verse from Proverbs 30:33 - "As the beating of cream yields butter and striking the nose causes bleeding, so stirring up anger causes quarrels."  With that, I have thought better of my plan and so I'm stepping off of my soap box and will wait until I've thought this out a little better.  Two controversial topics in one week for a blog that isn't about controversy is too much.

Now that the furloughs are over for the FAA, I'm back to work full time again, which means I should be getting full paychecks once again.  That means I'm back in the market for a new car.  My intention is to sell my 2004 Jeep Liberty and replace it with a Jeep Wrangler, which I've always wanted.  I've narrowed my search and hope to check one out here in the next day or so.  The Liberty has been a good vehicle for us, but it just isn't much fun to drive.  I'm all about driving enjoyment.  I'm keeping my little 2-seater, but the Jeep Wrangler is a little bigger for us to take longer trips and still get the top-down enjoyment. 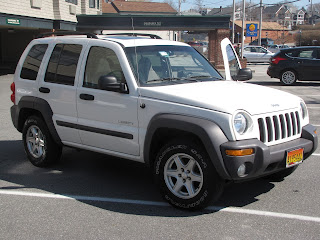 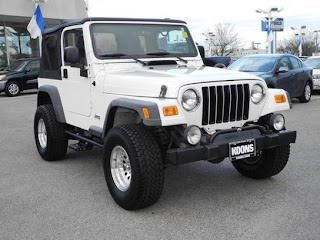 Just found out an old flame is going to my cousin's church.  She doesn't know him or his family (yet), but I've got them keeping a look out for her.  The world just isn't big enough anymore, and with social media, my own worlds keep colliding.  This should not turn into any kind of a problem, since it was a pretty clean break, but I don't want any unneeded stress here.  I'm going to have to just increase the size of my dating circle.  Everything is just hitting a little too close to home for my comfort.

Talk about stress...  My 9 year-old daughter has just informed me that she needs to start shaving.  Sure enough, puberty has started.  She's got hair growing in all the "standard" locations (she didn't show me, thank goodness...I may have passed out if she did... she just told me).  I'm so not ready for this.  Isn't 9 a little too young for this to be starting?  So, to all of the wonderful female role models that are in our lives and volunteered to be there when this starts, HEEEEEELLLLLLLPPPPPPP!!!!!!!!

A friend just forwarded a link to a site that has pictures of the Boston bombings just after they occurred.  It's just awful.  I have no words to describe the devastation to so many innocent people.  I am sickened.  All I want to do now is hug my little girl and pray that God will be with those who were hurt, and be with the families of those who were killed.  This is just an awful event, and it shows just how horrible people can be.  I wish we lived in a better world.  Jesus can't return soon enough.