Faithful Pup Scout had diarrhea today.  There isn't much worse in the world than a dog with the runs.  I've changed many a messy diaper, and all of the putrid odor and gagging that entails, but cleaning up dog diarrhea is so horrible by comparison.  I feel bad for Scout, but cleaning up after one of these episodes, and we've had quite a few over the years with this dog, is not something I'd wish on anybody.  It required a lot of hair trimming and wipes, as well as a lot of help by my daughter, and I think all three of us are now traumatized.

Faithful Pup Scout has a history of having a "gentle" stomach.  As a puppy, she ate her fair share of household  items, most notably anything on the floor that fit in her mouth.  Fortunately, we never had any issues that required a trip to the pet hospital. 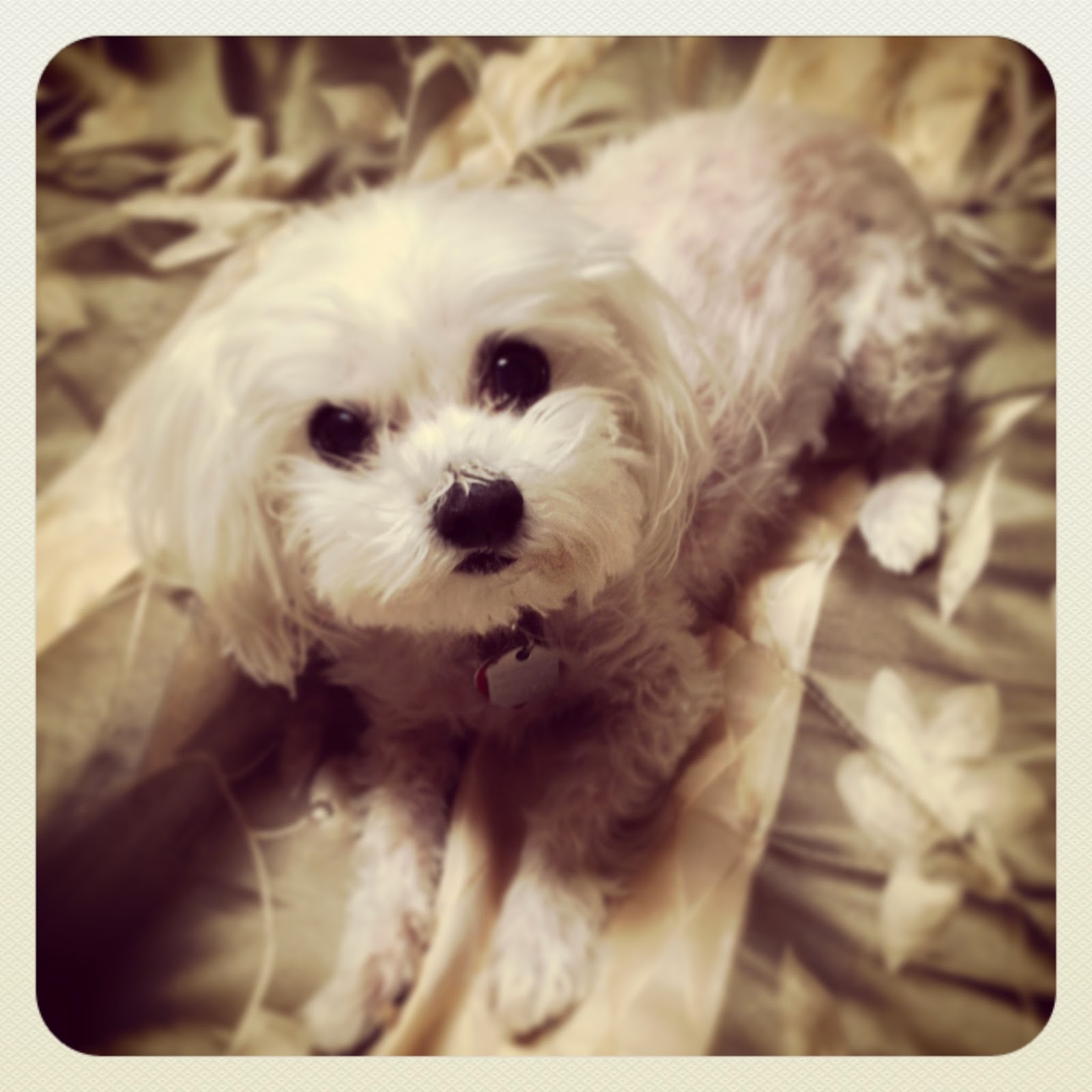 We regularly gave her treats as a reward when she was a puppy after she went outside to do her business, but too often she would throw up shortly after that.  That's when we had her checked out.  The doctor told us she was just a nervous dog, common with the Maltese breed.  He told us she should eat a bland diet, gave us a prescription for a special food, and had us cut out her treats completely.  We felt bad that she couldn't have her treats anymore, but she actually improved.  She didn't seem to miss them.  But every few months, Scout would go through a spell where she wouldn't eat her food, and diarrhea would follow.  Today was one of those days.

Scout is also aging very quickly.  She doesn't see or hear so well anymore, and she hurts herself whenever someone knocks on the door and she excitedly jumps off the couch onto the floor.  She just forgets that she's too small and getting brittle in her old age.  I carry her around the house often now, too.  Thank goodness she's only 9 pounds big.

I know we're fast approaching the point when a decision will need to be made about this little dog.  The breed averages 8-12 years, and she just turned 13.  When my wife, Teresa, and I got her, little did I know that she would end up being MY dog...Teresa wanted her, not me.  Well, not really.  But she has sure endeared herself to me, and Melody adores her.  And Scout is two years older than her.  Scout is my little shadow.  She follows me everywhere, and get noticeably depressed when she stays with my parents, away from home.  That's a lot of pressure.  But we love our Pup.