I get excited just thinking about a road trip.  Today was an opportunity to begin planning a few of our Summer trips, one of which will be at G-Fest XXII, July 10-12, 2015, at the Chicago O'Hare Crowne Plaza in Rosemont, IL.  G-Fest is the largest gathering in North America of fans of Kaiju Eiga, or Japanese giant monsters, such as Godzilla, Gamera, and Ultraman, among others.   I went to the second, third, and fifth G-Fests back in the mid-'90s, then my daughter, Melody, and I attended the most recent five straight.  It's always a great time! 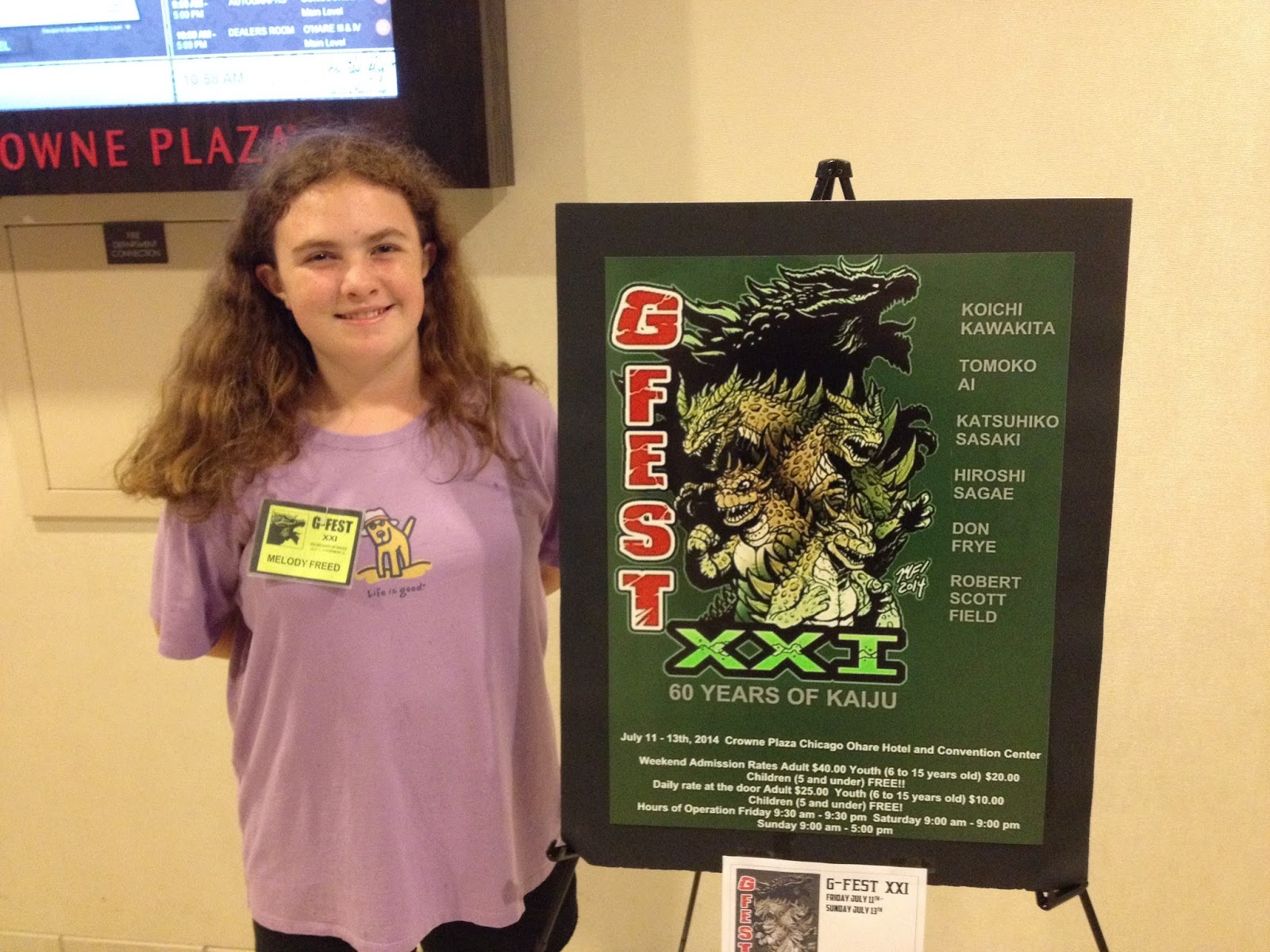 Last year, we had the chance to meet several big stars from Japan, including Koichi Kawakita (who recently passed away, but is best known for heading the special effects for the Heisei/'90s series of Godzilla Films, and he won the Japanese Academy Award for special effects work on Godzilla vs. King Ghidorah); Tomoko Ai (one of the stars of Terror of Mechagodzilla); Katsuhiko Sasaki (star of several Godzilla movies); Robert Scott Field (who starred as Android M-11 in Godzilla vs. King Ghidorah and is an all-around great guy); Hiroshi Sagae (master sculptor and model maker for the film and toy collectibles industries); Don Frye (who starred in Godzilla: Final Wars, and is a professional martial arts fighter and professional wrestler); and Bob Eggleton (artist known for his Godzilla and comic book work).  While there is no news yet on who will be at the next G-Fest, it always promises to be great.  Today, I registered us for the show and for the hotel, and while it's almost 7 months away, planning can't begin soon enough! 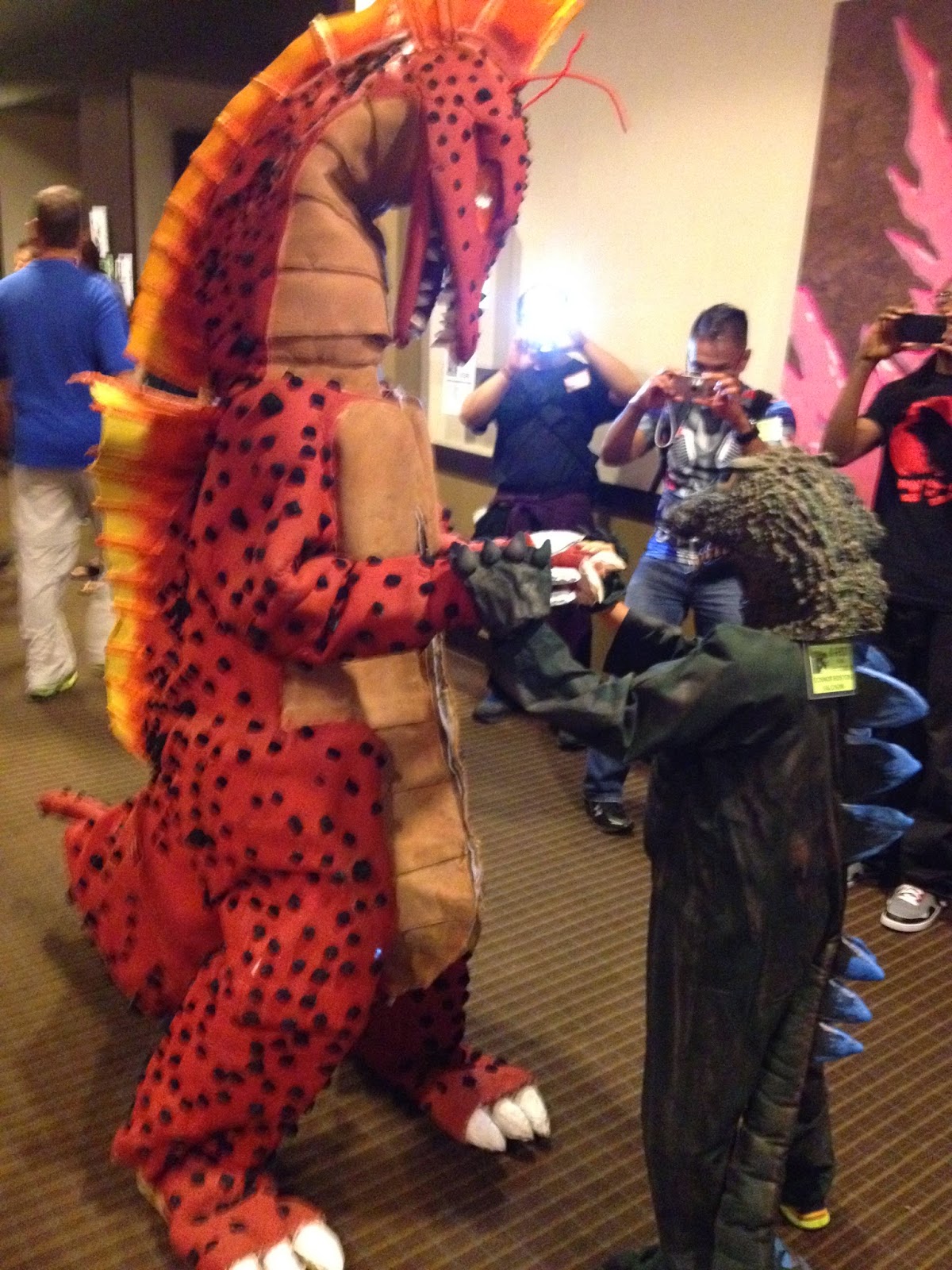 We always try to combine our G-Fest trip each Summer with a few trips to various amusement parks in the Midwest to fuel our hunger for roller coasters.  Last year, we went to a few Six Flags parks, Great America outside of Chicago, and St. Louis outside of St. Louis, MO.  The year before that, we hit Cedar Point in Sandusky, Ohio, Kennywood, in Pittsburgh, PA, and Hersheypark in Hershey, PA.  This year, we're planning to go to Holiday World, in Santa Claus, IN, and Kings Island, just north of Cincinnati, OH.  Both have some world-class roller coaster, and since we've not been to either park, we're pretty excited.  It will be a great trip! 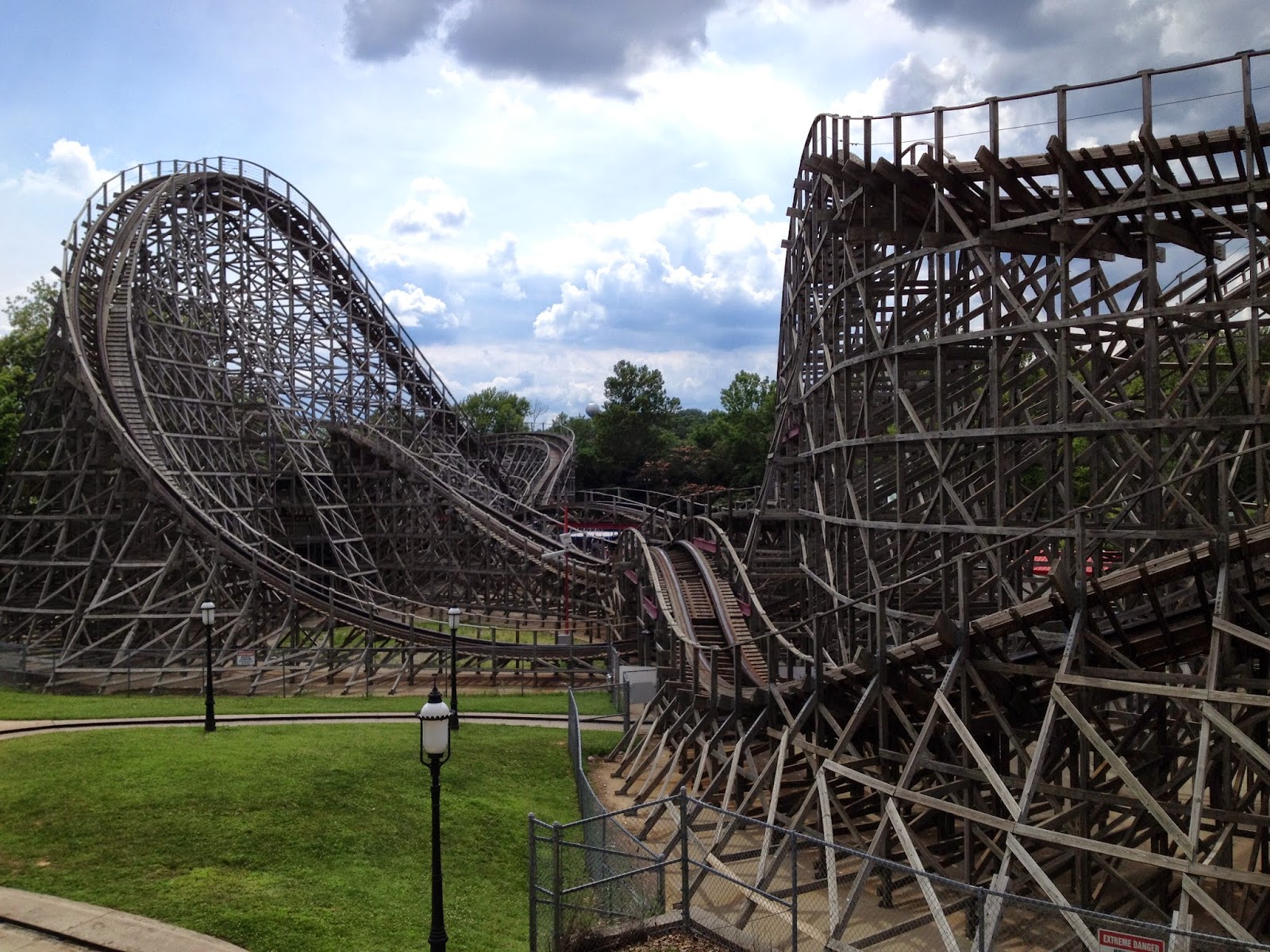 Spring Break is still not planned, though we may not go too far from home.  We already have season tickets to Busch Gardens, in Williamsburg, VA, so that may be all we focus on for Spring Break.  I have a cousin getting married in June, so we'll get a much-needed trip to Pittsburgh.  And I promised my daughter we would go to the beach, so Ocean City, MD, is on our list of Summer trips, probably in August.

On a rainy, gloomy day in January, it's actually kind of fun to think ahead to the nicer weather, despite how much Melody and I love and look forward to the snow.  This Summer will be a lot of fun.  You can't go wrong with a combination of Godzilla, roller coasters, and road trips!