Saturday mornings were always fun days.  My wife, Teresa, and I would get up around 8 a.m., which was sleeping in for us since I was always awake by 5 a.m. during the week, and she was up at 6.  This was long before Melody was born, prior to us getting the Faithful Pup Scout, so our time was really our time.  We were still newlyweds, technically.  So a Saturday morning was a selfish time for us, and love was always in the air. 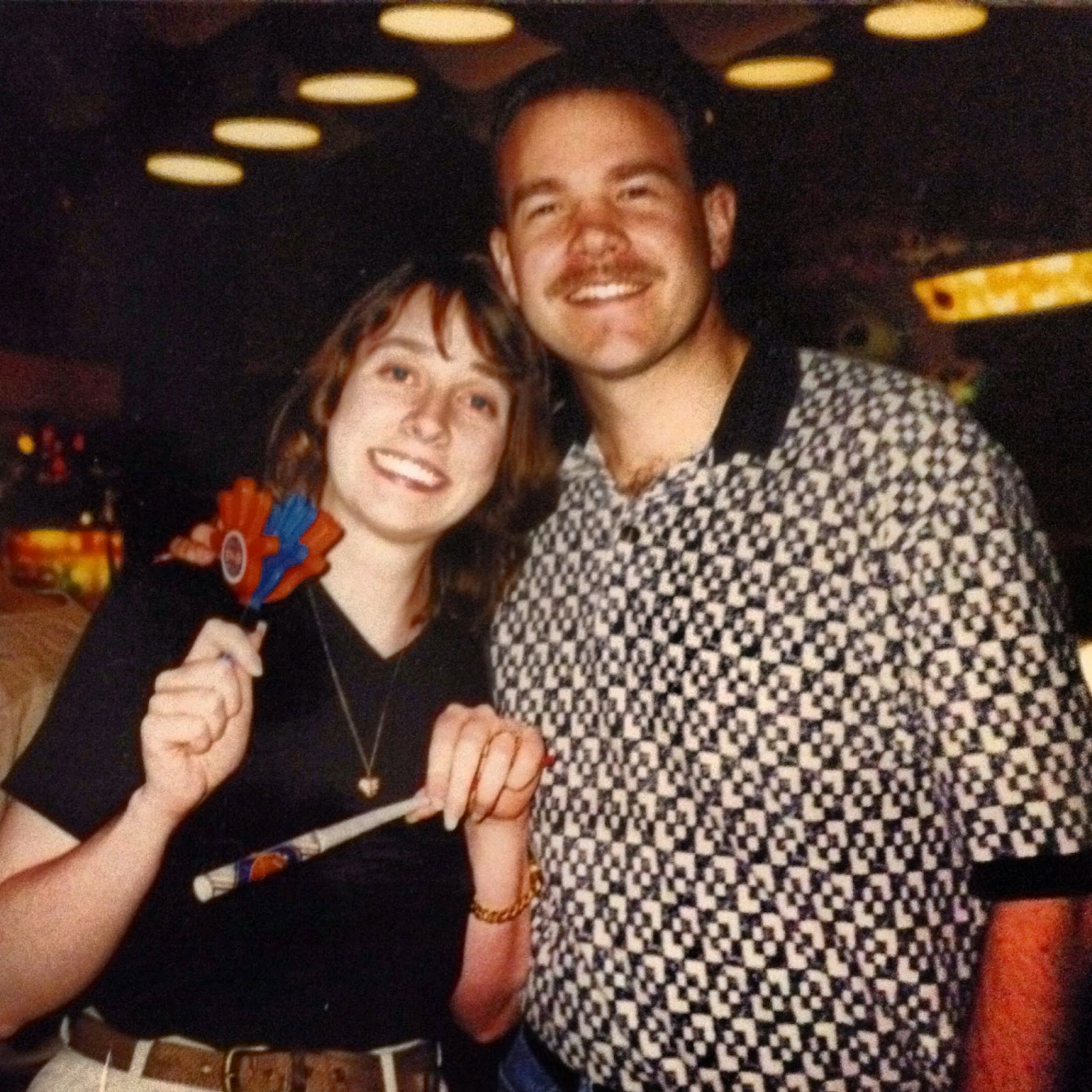 Typically, we had a nice little breakfast, either a bowl of cereal or, if Teresa was feeling adventurous, we would have French toast.  We would generally do a few chores, such as cleaning up the house as needed, pay the bills, plan a trip.  Then, if we needed to do a little shopping (non-grocery), we would head out and do so, generally a trip to Target, or maybe Best Buy (the adult equivalent to a toy store).

We went out to eat a lot, more even than Melody and I do now, and one of our favorite lunch spots was Chick-Fil-A.  That was a treat.  The only one in the area at the time was in Maryland City on Rt. 198.  It was always crowded, too.  A Chick-Fil-A chicken sandwich for me, nuggets for her, sweet ice tea, and a fruit cup to share.  Then, almost always, we got a couple of cones to go.  Oh, to be young and thin again!

After finishing our shopping errands, we would head for home, settle in, Teresa would make a nice dinner, and we would almost always watch a movie.  In those days, we were still learning so much about each other, and I had so many favorite movies I wanted her to experience, just as she would share books with me that were favorites.  Then we would go to bed.  Then we would go to sleep.

Sundays were a little busier.  We were very active at our church, Montrose Baptist in Rockville, MD.  Teresa's father taught a Sunday morning Bible Study, the largest and most popular at the church (with almost 100 people attending regularly), with an average age of well over 50.  We were usually the youngest in the class, and as the teacher's son-in-law, I was looked at to take a leading role at times.  But Teresa was a true teacher, and much more comfortable in the spotlight, and because her dad had taught the class for years, he picked on her a lot.  Before we met, he regularly focused on her being unattached and in need of a date, and Heaven forbid a single guy would attend the class.  It was usually his first and last time there.  Obviously, things changed when we met and got married, and the class was clearly an important part of my faith journey.

Teresa and I led the Drama Team ministry at the church, which meant we regularly wrote, acted in, and directed sketches to enhance the message for the pastor during the service.  In addition, we put together large plays and productions several times a year.  It was a very fulfilling way to serve and I enjoyed using these God-given gifts in this way.  Teresa was such a wonderful actor, and became my muse.  I've never experienced such a period of creativity in my life, where a script would quickly come out of my head, and Teresa would bring it to life on the stage.  I quickly found out that my strength was behind the scenes, directing the action instead of being on stage myself, though when I acted with Teresa, it was magical.  God used us, and all credit goes to Him, but it was very fulfilling.

Following the church services, we generally would grab lunch with Teresa's parents, and if not them, almost always with friends.  We were so much more social back then.  Teresa's out-going personality reflected so positively on me, and we balanced each other well.  Rockville had so many places to eat, and we always had fun.  After finishing our socializing, we would head home to crash.  We might watch some football, or a NASCAR race (I was a huge racing fan back then, and Teresa became one, rooting on our favorite driver, Ward Burton).  Sometimes we would nap.  Life was so good.

I'm not sure what caused me to think about Teresa and our weekends together, but they are wonderfully happy memories for me, and something I don't think about enough.  How different would my life be if she was still with me today?  For Melody?  I can only imagine, since it wasn't meant to be.  We are approaching 11 years without her in April.  The time has flown by, and my memory being the way it is, so much of it is a blur.  I can barely remember my baby Melody, or even my toddler Melody.  And I only had 5 months of being a parent with a partner, before Teresa passed on to a better place.

Hug your loved ones, and tell them how much you love them.  You can never do or say it enough.  Life is short and it's fragile and every moment is precious.  May you always be in the Lord's grip.