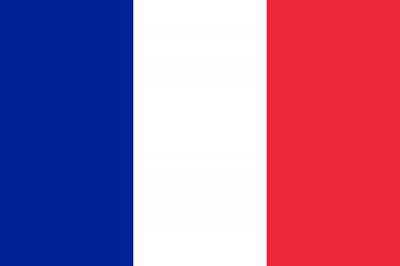 My daughter is taking a French elective at school for the second year in a row, so that makes her somewhat of an expert now.  We were chatting about this yesterday and she was telling me how cool it was to think she was able to speak a different language, and she was excited at the possibility of visiting a country that speaks French so she could try it out.

As much as I would love a visit to France, Europe isn’t in the cards, at least anytime in the near future.  There are many other places we (I?) want to visit, and they are taking priority.  I’m anxious to continue seeing THIS country, where we live, and we are very close to visiting all 50 states (I’m at 46 – North Dakota, Idaho, Alaska, and Hawaii; Melody is at 45 – add Kansas to that list).  We are planning an Alaska vacation in a few years, when Melody can assist in some of the driving.  A road trip to Hawaii may be a few more years away, too….  Just kidding. 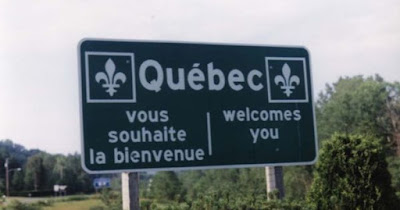 That said, I did visit a land that speaks French a little over 20 years ago:  Canada.  Specifically, I drove through all of Atlantic Canada (other than Newfoundland), then headed west into the Province of Quebec.  It was amazing to me that everything in Quebec was in French.  Up until then, I was seeing both English and French on every road sign in every province, but Quebec was the exception.  I guess there is a stubbornness (a “French-ness?”) about that province, that it refuses to even speak English.  I found myself at a restaurant (it was a McDonald’s) on the outskirts of the city of Quebec, and the lady at the register told me she did not speak any English.  Fortunately, I had a little bit of rust-covered French in my vocabulary and was able to get by, but even at touristy spots in the city, people spoke only French.  It was intimidating, to be truthful.  When I later arrived in Montreal, I found the people there to be more readily bilingual.

I guess I’m not ready to start globe-hopping… Unless my daughter goes with me.  But I don’t want it to seem like my expectations are for everyone to speak English where the native language is something else.  That would make me an ugly American.  My surprise was that, in a country like Canada, where English is spoken in every other province, French is the only language spoken in Quebec.

I had two years of Spanish in high school, plus a half-semester of French, but, really, the only things I can remember, other than some basic common vocabulary, are how to conjugate verbs and structure a sentence.  And I never could get the inflection right in either language.  I can’t even do a British accent.  But my daughter can.  She has all the real talent in the family.