Where was I?  Oh, yeah, Sandusky, Ohio.  We had just finished a fantastic day at Cedar Point Amusement Park where we rode a bunch of great roller coasters.  We awoke the next day very tired, but anxious to move on to our next destination.  We checked out of our hotel, got a nice breakfast at Bob Evans, then headed east towards Cleveland. 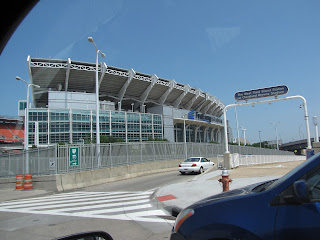 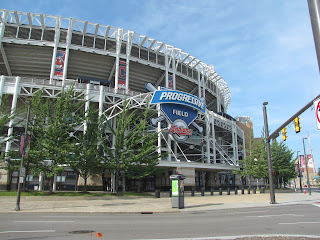 Cleveland gets a bit of a bad rap in the media.  Not sure where that comes from, but it seemed decent enough.  It kind of reminds me of Baltimore in a way.  No wonder the Browns moved from Cleveland to Baltimore.  The city seems very clean, though it has an aged look to it common to many northeastern and midwestern cities.  We passed the Indians nice stadium, and continued towards the waterfront.  We drove past the Browns stadium, as well, and made our way to a parking lot across from our destination:  The Rock and Roll Hall of Fame.  We parked and entered the museum. 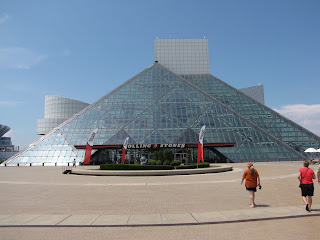 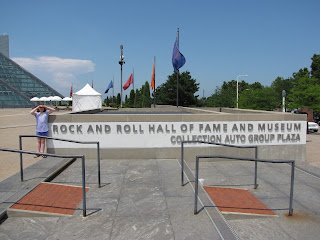 The Rock and Roll Hall of Fame is a rather large place, with multiple levels bordering a large atrium like entrance that rises the entire height of the building.  We got our tickets and worked our way in.  The guidebook suggests starting in the basement, where you can see many interactive displays of various early pioneers of the pre-rock era.  Many of these artists, musicians, and performers played jazz, blues, gospel, and other forms of music the influenced the generations that followed.  I'd heard of a great many of these folks, but others I had not, and there is an opportunity to listen to examples of their music.  It then leads into the early rock era, and then gradually goes through the decades with plenty of examples of the various bands and singers through the years.  Major bands and influences are given larger displays, such as Elvis, the Beatles, and the Rolling Stones, among others.  Missing from the Hall are two or our favorite bands:  The Monkees and Yes, both of whom we saw in concert a few weeks ago.  One of the highlights of the Hall is a theater room where a 20 minute video tribute of Dick Clark on American Bandstand is played on a continuous loop, along with at least 50 or so bands that were featured on that show. 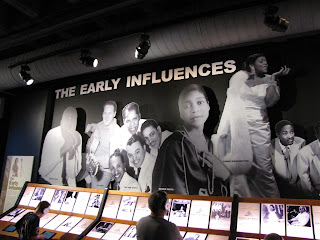 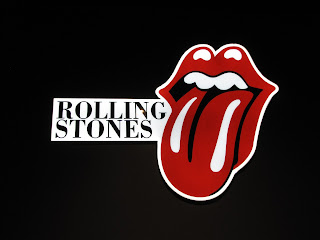 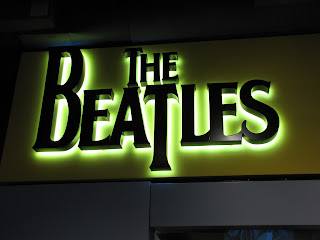 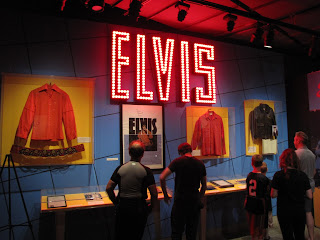 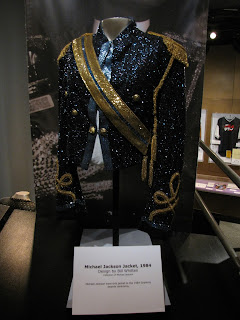 We continued through the Hall and enjoyed many other displays.  Melody got a kick out of the Alan Freed display, and asked if he was one of our relatives.  I honestly don't know the answer to that, but I guess he could be.  There was a very large display for the Rolling Stones, who must have recently been inducted into the Hall.  We enjoyed ourselves quite a bit, and we ended it by going into their gift shop.  I was disappointed that it wasn't a Rock and Roll Hall of Fame gift shop, but an FYE, which can be found at any mall.  We got a few souvenirs anyway, and headed out. 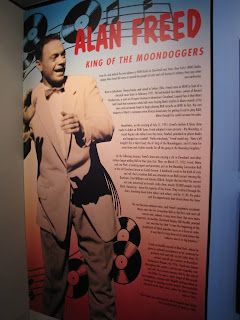 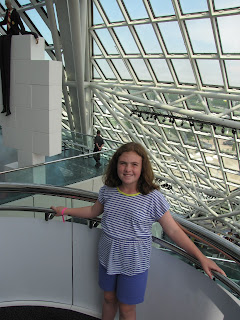 We were hungry for lunch, even though it was past 3 p.m.  There was a Hard Rock Cafe about a mile away, so we found close parking and went there to eat, thinking that was an appropriate way to end our day in Cleveland.  Our server was from Pittsburgh, so we had a very pleasant lunch (I was wearing a Pirate's jersey). 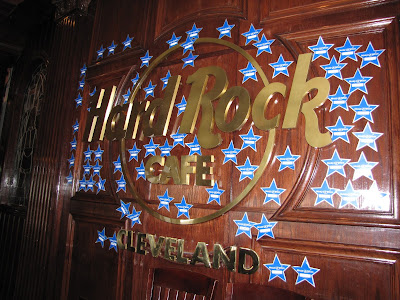 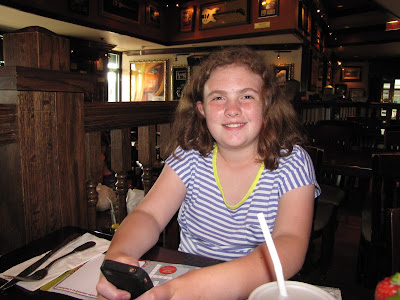 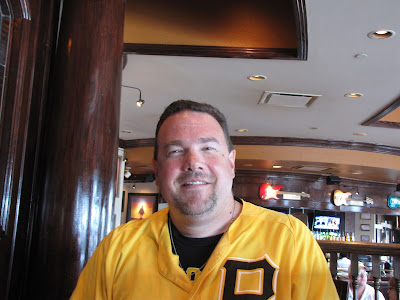 We hit the road again and had a nice drive east towards, then through, Pittsburgh.  We had a reservation at a Comfort Suites near Monroeville, on the eastern side of Pittsburgh.  It was easily the nicest hotel of the trip.  In fact, the highlight was the second TV in the bathroom, which my daughter found to be very convenient. 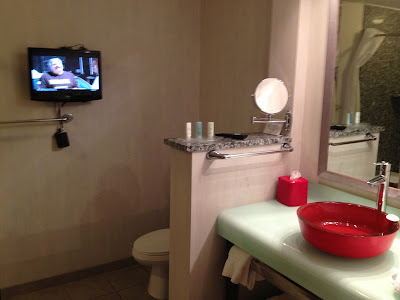 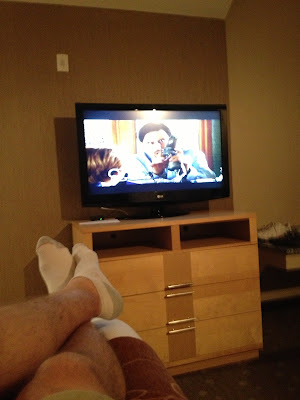 It was about 9 p.m. and we hadn't had dinner yet.  Using our iPhone, we discovered there was a Max & Erma's almost right across the street, so it was imperative that we eat there.  We had a great time, too.  The food was great, and we got a few hot baked cookies before we left.  Then it was back to the hotel to crash. 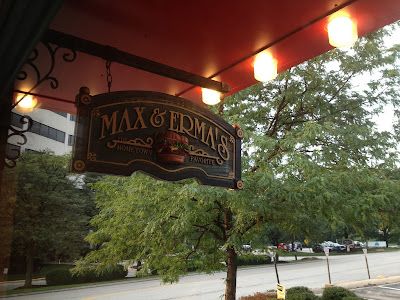 Our next day would be spent at another fun amusement park, Kennywood!