Our trip was nearing its end.  We left our Pittsburgh hotel and headed south to Uniontown, my father's hometown.  We had a bunch of relatives in town and it was fun getting the chance to visit everyone.  Dad had come up, too.  We chatted and caught up and ate and ate and ate.  My Aunt Sandi is a wonderful cook.

We stayed late into the afternoon, actually later than we intended, but we hit the road at around 5 p.m.  We headed northeast on US 119 to Connellsville, then headed east through the mountains, a very scenic trip.  We then joined up with the PA Turnpike and headed east.  We arrived near Hershey sometime around midnight, after many stops for snacks and dinner.  Then we crashed.

We got up as early as we could, had breakfast at the hotel, then headed for Hersheypark.  It was another stifling hot day, with temps in the upper 90s and heavy humidity.  Frankly, it was miserable weather, the third time in a week we had this kind of weather for our trip to an amusement park.  We made the best of it, though.  We rode the park's newest roller coaster first, Sky Rush.  It was quite a ride, and very enjoyable.  It climbs the first hill very fast, and has a lot of great dips and loops.  It seemed to be a long ride, too.  We followed that with a ride on the Great Bear, another fantastic inverted coaster.  I was feeling a little bit loopy, so we rode the turnpike cars so I could catch my breath.  Melody drove.  Then we took a ride on the Kissing Tower, a ride that terrified me when I was a kid because of how high it went.  It's pretty tame, though, and nicely air conditioned. 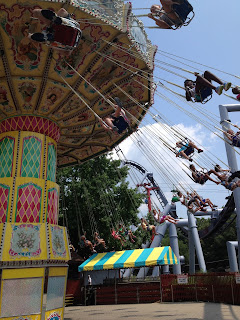 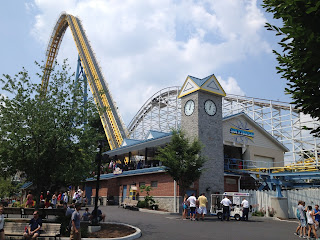 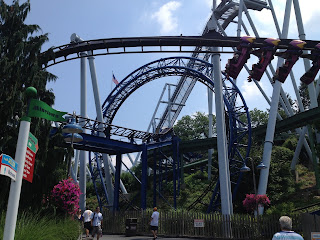 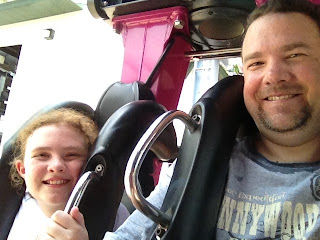 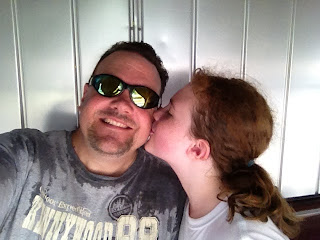 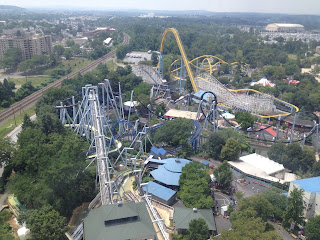 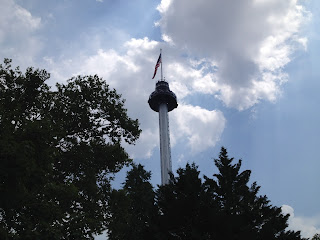 After a nice lunch, we rode the Trailblazer, an older steel coaster.  We watched a "game show" which featured the Hershey Kiss, Reese's Peanut Butter Cup, and Hershey Bar characters, then took a walk to where a few more rides were located.  There, we rode the Wild Mouse, then the Wildcat, an aggressive wooden roller coaster.  That about wiped me out.  We were headed to a few more coasters when the skies became threatening and all of the rides closed.  We could see the thick, dark clouds and lightning.  We decided to head for Chocolate World and wait out the storm, but thousands of people had the same idea.  So, instead, we ran to the car and headed back to the hotel for a while.  The skies opened up just as we left the parking lot.

After a couple of hours, the storms moved out and we returned to the park.  It was noticeably cooler and we were able to get a few more rides in.  Reese's Extreme Cup Challenge was a neat ride-through shooting game.  We also rode the Comet, another great wooden roller coaster, just before the park closed.  We had another great day, though we missed out on a few other major coasters.  We'll just have to plan another trip.

After a long night, we came back to Chocolate World the following day and rode through the chocolate factory, made our own candy bars, took a trolley tour of the town of Hershey, did a chocolate tasting, and watched a 3D animated movie.  It was a great way to end our day. 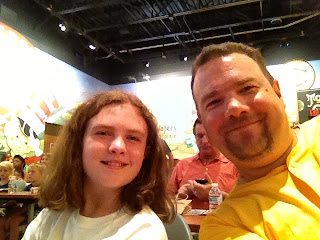 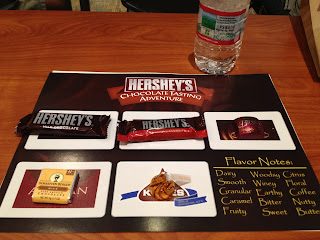 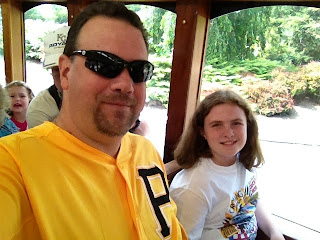 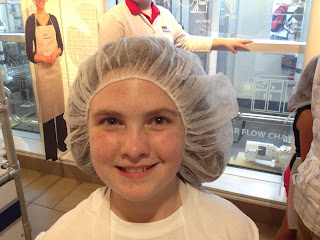 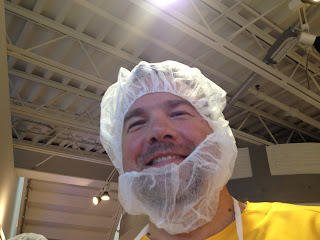 We started home late in the afternoon, and finally arrived home just before it got dark.  What a wonderful trip!