I hadn't planned to write about the Steelers today.  In fact, I don't like writing here about football much at all, anymore.  With all of the off-field stuff going on in the National Football League, it's hard to get excited about the game.  That said, today's Steelers game was a tough loss to take.  They were playing one of the worst teams in the league, the Tampa Bay Buccaneers, a team that gave up almost 60 points last week, which is unheard of, and the Steelers were at home coming off a huge win over the Carolina Panthers.  I don't think anyone was predicting that the Bucs would stand a chance against the Steelers.  The unthinkable occurred, however, and the Steelers lost a very winnable game at the very end by allowing the Bucs to score a touchdown with virtually no time left on the clock.  It was hard for me to take.  I know I take my sports teams way too seriously, and today was Exhibit A of me doing that very thing.  I was so frustrated, particularly since it was completely out of my control.  But what wasn't fair is that I took my frustration out on friends on Twitter, on my father (who really was commiserating with me, since he was just as frustrated), and my daughter, who finally left the room since she couldn't take my yelling at the TV anymore.

The reality is that my frustration is surprisingly rooted in where I live, right here in Howard County, just a suburb away from Baltimore, home to the Ravens.  Ravens fans are an interesting lot.  They actually hate Pittsburgh.  Not just the Steelers.  The city. And the "Steeler Nation" of fans.  The local sports radio team even plays a jingle exclaiming their hatred of Pittsburgh.  It's true.  I've never heard anything like that outside of college fan bases.  My family had Steelers season tickets for over a decade, and nothing like that was ever broadcast in Pittsburgh, as much as I think the Ravens fans would like to think it is.  That kind of thing hurts.  I grew up here, in the DC/Baltimore area.  But, because I root for a team that is a rival to the home team, I'm treated differently.  I may proclaim my love of my Steelers in the presence of Ravens fans, but I would certainly never harass them.  That just isn't right.  Any negative feelings I might have about the Ravens are directed only towards the team itself.  I can only speak for myself, though.  I know there are Steelers fans who are vocal towards Ravens fans.  I even know a lot of them.  And Ravens fans, probably due to safety in numbers and being local, have no problem jeering Steelers fans.  I get it.  That's part of being a fan.  But I hate being here, in the Baltimore area, where I grew up and live, because I am regularly victimized by the Ravens fans who know I'm a Steelers fan, and jeer me.  I don't want to throw them all in the same bus, because I have many friends who are Ravens fans who don't do this.  But there is a percentage of them who are quite vocal, and they will abuse me, only because of the team I root for and the fact that the Steelers experienced an embarrassing loss today.  I don't relish the coming week.

I wrote a blog post a few years ago explaining why I'm a Steelers fan and why I am not a Ravens fan.  I'm going to reproduce part of it below.  For now, though, I'm going to go into my room and sulk for the rest of the afternoon.  Maybe my daughter and I can find it in us to go out and do something to get my mind off this game. 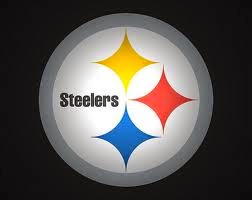 A lot of my friends are Baltimore Ravens fans.  I'm a life-long Pittsburgh Steelers fan.  Unfortunately, the Steelers and Ravens have become rivals due to the fact that they are in the same division in the NFL's AFC North, and they are both pretty good year after year.  And when they play against each other, at least twice each season, the games are almost always very close, with only a few points separating them.  But it also puts me on the opposite side of the fence when it comes to rooting for my team when my friends are rooting for theirs.  And that's fine, as long as we don't allow that rooting to spill over into and affect our friendships.  And that has been the case, for the most part.  I believe we're all intelligent enough to understand how it works.  It would be  ridiculous to allow our love of our teams to affect our friendships.

There are, however, acquaintances of mine who can't understand why I can live in the Baltimore area and not be a Ravens fan.  And they especially can't understand why I can be Steelers fan.  Many believe that it's expected to root for the local team.  In fact, if that were the case, I should've been rooting for the Washington Redskins, since I actually live closer to DC than I do Baltimore.  It's really simple, though, and it has everything to do with the fact that I was raised by my Western Pennsylvania-native father as a Steelers fan.

I was born in 1969, which was the same year that Chuck Noll was hired as the coach of the Steelers, and "Mean" Joe Greene was his first draft choice.  One could argue that this was the beginning of the Steelers reign as an elite team in the NFL.  They started to really have success a few years later, with the "Immaculate Reception" in their first playoff win in 1972, and their fanatic fan base finally had a winner after almost 30 years of losing, since the team's inception.  My childhood was filled with Super Bowl wins by the Steelers, and by the time I was 10 years old, the Steelers had 4 Super Bowl wins, more than double what any other team had.  That made an impression on me.  My Dad and I watched many of the games together and those experiences were really wonderful.

Baltimore had the Colts.  I actually liked the Colts, but I really didn't pay much attention to them since I liked the Steelers better.  But I was sad to see them leave Baltimore for Indianapolis in the mid-80s.  It was brutally unfair to the city of Baltimore, and I shared their loss.  But football goes on, and though the Steelers were not having the success they had previously, I was still a die hard fan.

In the mid-90s, the Cleveland Browns moved to Baltimore and became the Ravens.  The Steelers were having great success at the time, and I paid little attention to this "new" team in Baltimore.  Of course, some of my friends, mostly those who had been fans of the Colts, adopted the Ravens as their team, and that's natural.  Since they no longer had a team in Baltimore until the Ravens came along, it would be easy to be a fan.  Since I had always been a Steelers fan, I wasn't about to all of a sudden change my allegiance to some new team, just because they were in the area I lived in.  As the Ravens got better and had success of their own, the games against the Steelers took on much more meaning, and a true rivalry developed, which exists to this day.

My Steelers remain successful, having appeared in three more Super Bowls over the past several years, winning two of them.  They are, as of right now, the only team with six Super Bowl wins.  The Ravens have had a nice run of playoff appearances, and even have two Super Bowl wins of their own.  The teams have arguably the best rivalry in professional sports.  But I will never be a Ravens fan.  My Steelers continue to be my team.  I bleed black and gold.  I only hope my Ravens acquaintances can accept that.  Go Steelers!